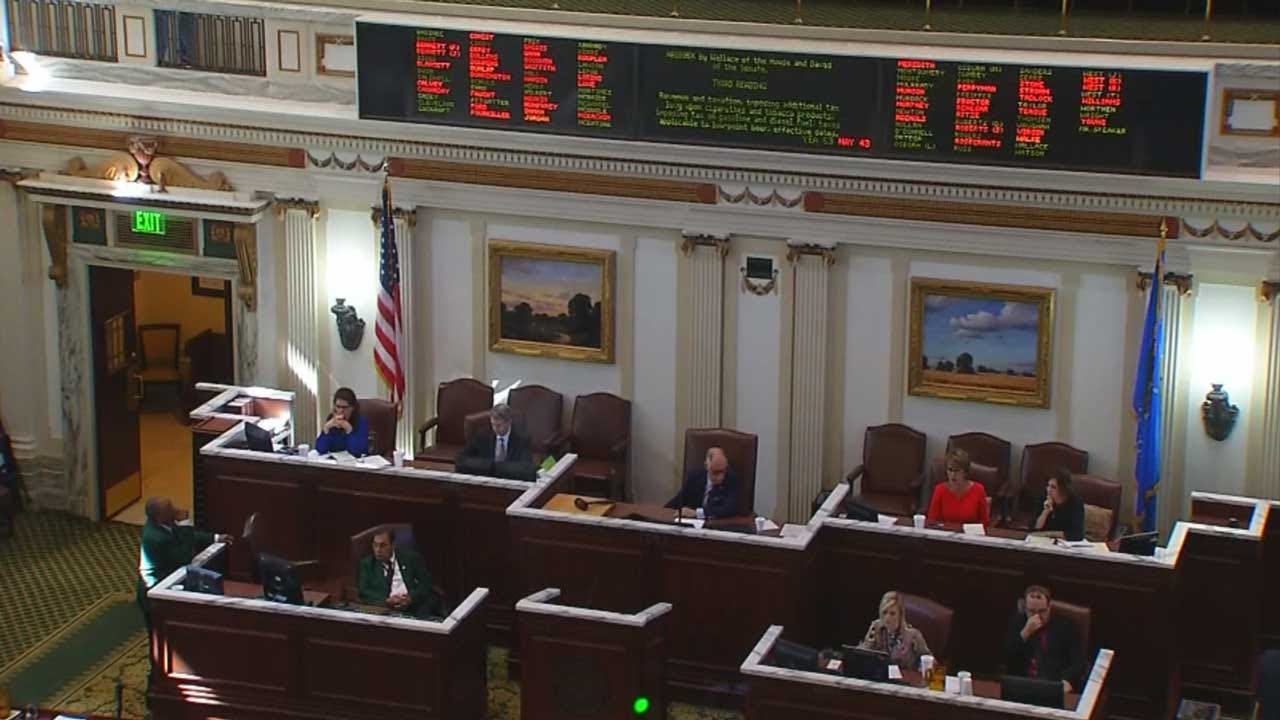 A Republican plan to bridge the state’s budget gap fails, putting services for tens of thousands of Oklahomans in jeopardy.

Republicans pushed their budget bill Wednesday. It was meant to bridge a $215 million shortfall caused when they passed an unconstitutional tobacco tax during regular session. But the bill was voted down by both Republicans and Democrats.

“Are you proud today?” Representative Pat Ownbey (R) District 48 asked his colleagues. “I can tell you I’m not. I’m not proud at all. I’ll be honest with you, I’m embarrassed.”

And that’s the one thing all state lawmakers seem to agree on Wednesday. Representative Eric Proctor’s (D) Tulsa voice cracked with emotion when he addressed his colleagues.

“What breaks my heart is that it’s becoming more and more evident that my girls will be the last generation in my family to be Oklahomans. After 11 years, members I’m tired. I’m tired of gimmicks. I’m tired of political attacks from both sides. And I’m guilty of that too.”

Republicans had planned to raise taxes on cigarettes, gasoline and alcohol to bridge the budget gap and offer raises to teachers and state workers. Democrats refused to back it because there was no plan to increase taxes on oil and natural gas production.

“This package includes just about everybody else except for the wealthy oil and gas industry,” said Representative Regina Goodwin (D) Tulsa.

Representative Monroe Nichols (D) Tulsa added, “The best that we can do collectively is ensure that this state stays at number 50 on every list that you don’t want to be number 50 on.”

Monday, Republicans unveiled their plan. Tuesday, those most impacted by the cuts asked lawmakers to come to an agreement to keep those services going. Wednesday, it’s unclear what will happen.

“What we’re doing here, what happened on Monday, was political theater. This isn’t real,” said Representative Collin Walke (D) District 87. “Those people out here yesterday, they’re real. Their lives are real. And the devastation wrought upon them if compromises aren’t had is about to be real.”

Representative Ownbey added, “We’re all to the point of understanding why the people are so fed up with this legislature.”

The bill needed 76 votes to pass. It only got 54. That means 18 Republicans also voted against it.

The house will reconvene Thursday, October 26.