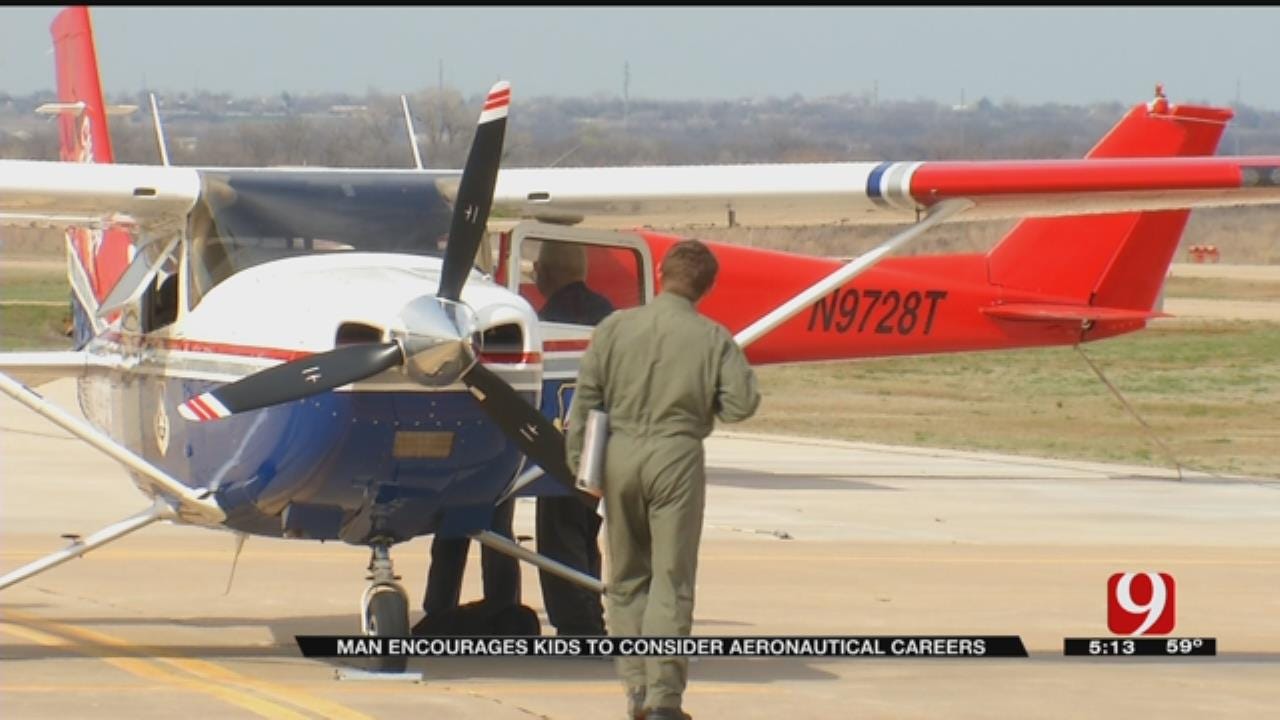 A Shawnee man hopes his plan to deal with a reported lack of qualified help in the aviation field will eventually soar.

“There is a crisis of critical condition,” says Bill Beck who used to serve on the board of the Shawnee Regional Airport.

For the past couple of years Beck has collected articles on pilot and plane mechanic shortages around the country. He thinks the shortage could affect airlines and online shopping deliveries.

Beck has an idea that he thinks will put a dent in the problem.

“It touches on every phase of the industry,” says Beck.

“It’s going to be a wonderful experience,” adds the Shawnee businessman.

The idea is take the semi-truck to schools and events and urge kids look to the aviation industry for a career.

Beck’s hopes to raise around $1.5 million to get the Heartland Aeronautical Experience off the ground.

To learn more or to donate visit: www.HeartlandAeronauticalExperience.org