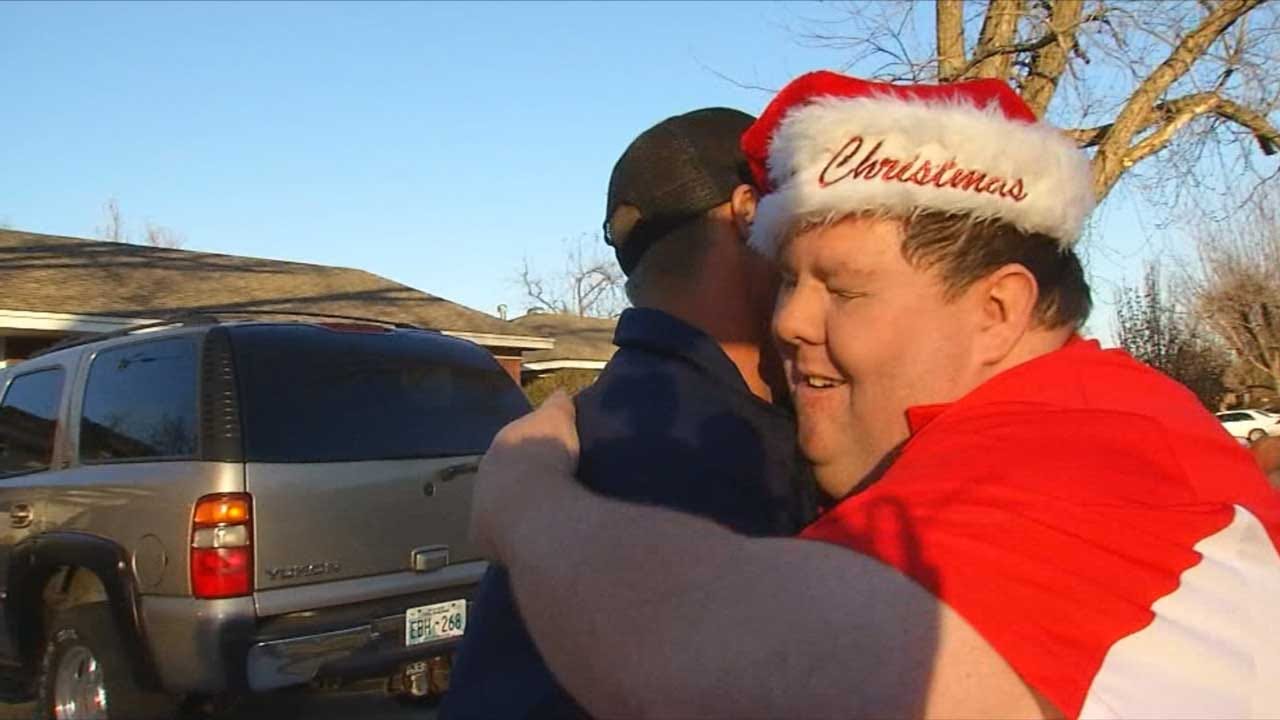 A Warr Acres family is counting its blessings Monday night, even though a week ago, a burglar trashed their home, stole jewelry and used a blow torch to compromise a safe, stealing $3,000 in cash.

Christy Dixon and Bryce Brown were going to use the money for their future wedding, and to buy gifts for their children this Christmas.

The family’s dog Zoey was also taken during the burglary, but the dog turned up outside Dixon’s mother’s house last Friday night.

Police told News 9 they are building a case against a “Person of Interest.”

Bryce Brown says he’s humbled for all of the Christmas cheer. “You know the lord works like that. And uh, I had a feeling we’d get her back,” he said. “I just didn’t know it’d come with presents too! It caught me off guard. And I sure appreciate everything.”

Christy Dixon also volunteers to help feed the homeless and believes the thief police are investigating is a former friend of a family member.

Dustin Fisher says Walmart provided the grant money so he could purchase presents for the family.  He even got a stuffed bear for Zoey the dog. “They had a need for Christmas, and we decided to step up and help out.”