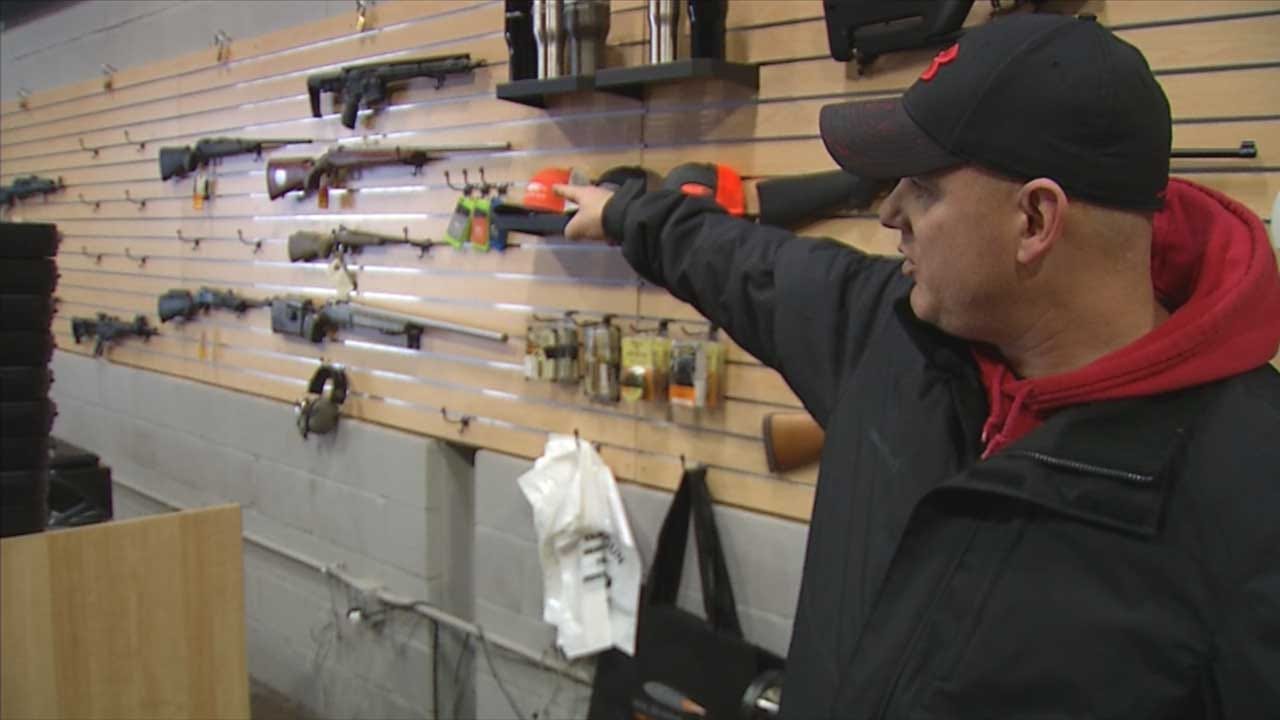 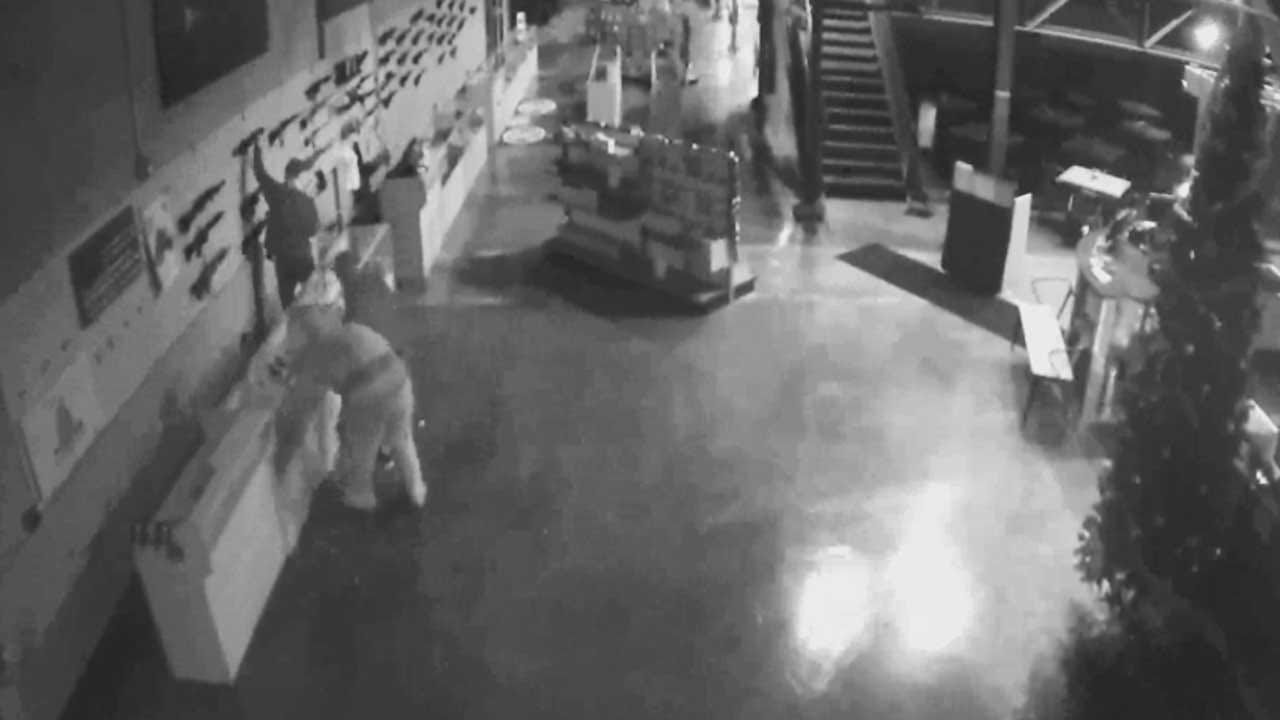 The morning after Christmas, it’s business as usual at Wilshire Gun. But besides helping customers, employees have also been cleaning up after a break-in.

Three suspects shattered the sliding glass doors and several display cases around 4:00 on Tuesday morning. At least 22 guns were stolen, worth thousands of dollars.

Kevin Maxfield, the assistant general manager, got the call in the morning. He said the alarm company notified them.

All the suspects were masked in the surveillance video. Maxfield believes they’ve been to Wilshire Gun before based on how specific items were stolen.

“They directly go for two specific cases as well as four specific rifles,” he said, “It’s very very fast […] They knew out of all these guns, they knew exactly where they wanted to go.”

He said it was pistols and rifles taken.

He also indicated that one of the suspects dropped their University of North Carolina hat on the way out the door. Police collected that as part of evidence.

Maxfield’s biggest concern is the weapons being in the hands of the wrong people.

He said, “Hopefully they are able to get those firearms back before they hit the streets.”