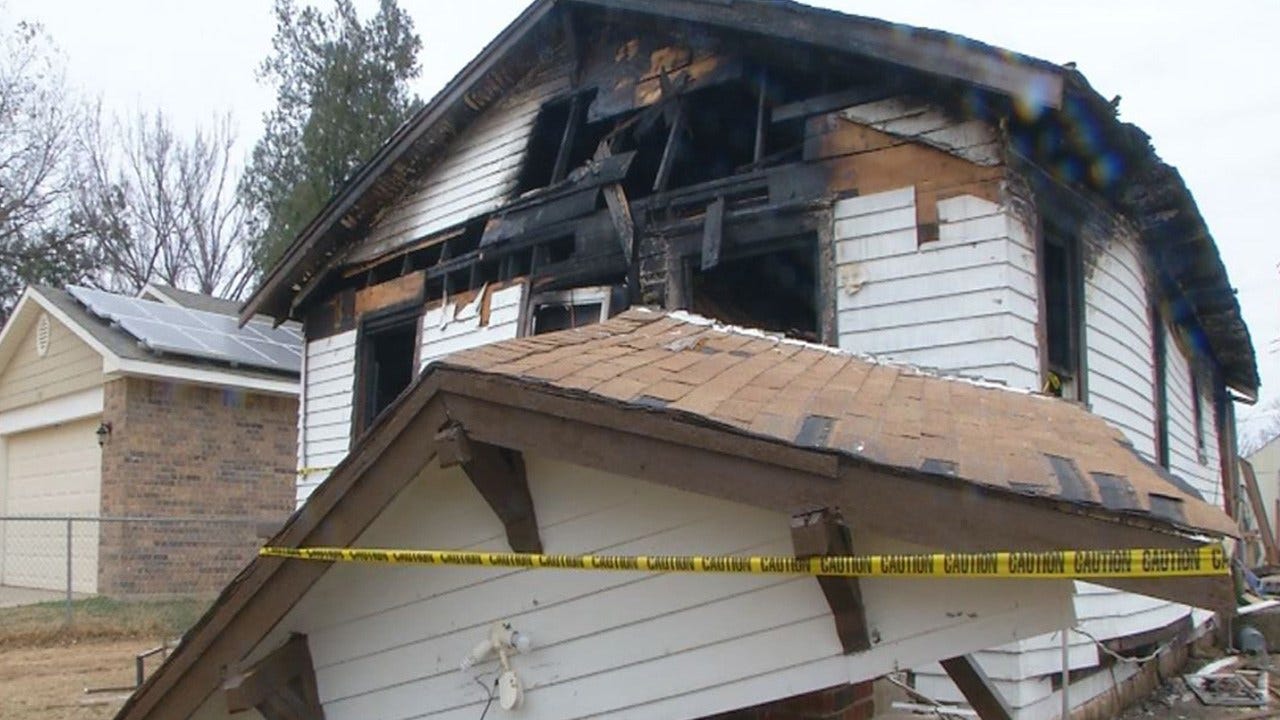 An Enid home was destroyed in a fiery blast around 6:30 Christmas Eve night, and the victim is still in critical condition at Integris Hospital in Oklahoma City.

The family of Terry Coldwell, who’s in his 50’s, said he has been placed in a medically-induced coma and is in tremendous pain. 90 percent of his body has 3rd degree burns according to the Enid’s Assistant Fire Marshal, who says it’s amazing Terry survived.

Terry’s brother was staying in a camper in the backyard. When he heard and felt the explosion, he raced up to the front door.

“I had to tear the door off the hinges. It opened from the inside, big ole solid door. When you get scared, you get strong,” Tony Coldwell says.

He says he heard Terry screaming. His brother had to walk through flames to make it to the front door.

Schatz says there were no working utilities at the home.

“You can't use portable heaters like that indoors, definitely not gasoline. If you're forced to do something like that, definitely don't be smoking around it,” Schatz says.

If you smoke, the fire marshal says stand outside, at least 25 feet away from the home because vapors travel. This home on Oklahoma Avenue was blown of its foundation, and the explosion had such great force, the blast sent shards of glass spinning across the yard.

Tony says some of that debris hit Terry before he was rescued.

It was like he had little chips thrown into them,” Coldwell says. “I seen his feet and his skin was coming off.”

The home and everything inside is a total loss.Family says they still don't know if terry will survive.