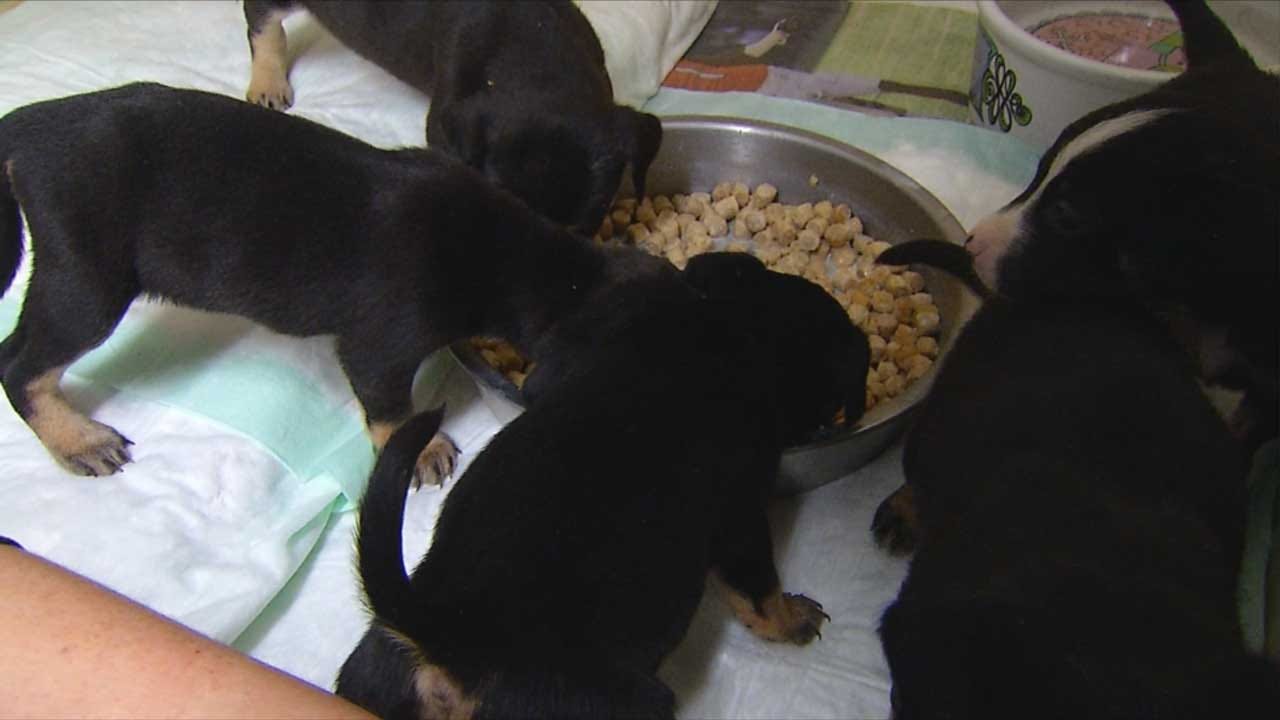 Five puppies are recovering after reportedly being dumped outside a Stillwater apartment in the freezing cold.

Stillwater Animal Welfare rescued the dogs after getting a call on New Year’s Eve morning. Two of the animals in the open container had passed away and a third died later that night.

Officer Savannah Kilby has been caring for the litter. She said they visited a veterinarian on Monday, who saw no obvious signs of frostbite.

Rescuers are hopeful they’ll make a full recovery. In the meantime, the search continues for the person responsible.

“More than anything, we want this to not happen again,” Kilby said. “We really want people to know that they have somewhere they can bring them. They don’t have to dump them…You can’t just leave these babies outside in the freezing cold. It’s not acceptable.”

It will be a few weeks before the dogs are put up for adoption. There are three males and two females.

Anyone interested in helping Stillwater Animal Welfare with their care or anyone with information about the case, can contact (405) 372-0334.