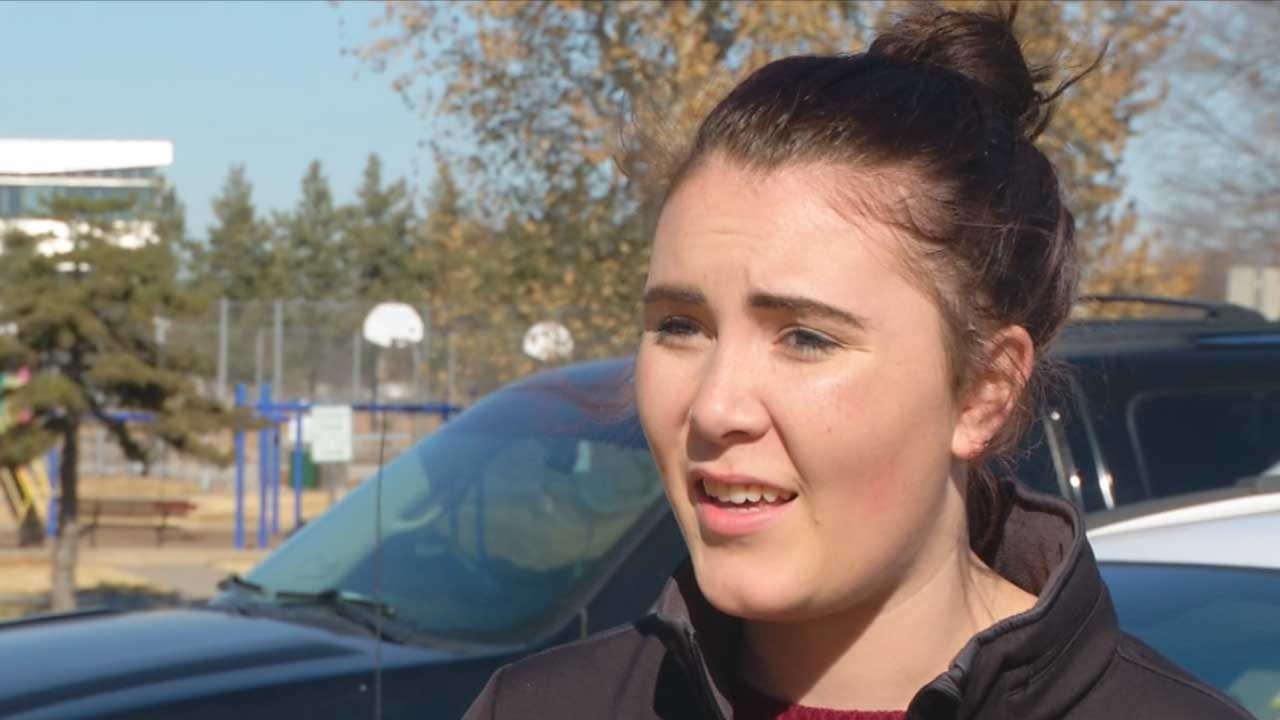 It’s been over a week since OU Student Kaleigh Guess was robbed at gunpoint, and police are still trying to find the suspect.

The department released this photo of Robert Joe Fryrear.

Guess said on November 18, she went to friend’s to study.

The robbery happened on November 18, at the 2900 Apartments, near Classen and Constitution. Guess said she was going to a friend’s to study. She said a man jumped from a car in the parking lot and soon demanded her keys.

“I knew when he got out of the car and he was approaching me quickly, that something was wrong. I was like, I don't know what he is going to do. And he was like, give me your keys,” said Guess.

“We were fighting back and forth for the keys for a little bit and then he, he got them away from me. He started to run towards my car. I followed him. I chased after him to my car. Then, he turned around and that's when I could visibly see the gun,” she continued.

Looking down the barrel, Guess said she backed away from the suspect.

Moments later, she tried to chase after her SUV as it pulled away.

Within two days, someone found her SUV.

It was located less than three miles from the robbery.

“Someone from Facebook messaged me, and said, ‘I think that's the car that's been parked in my apartment complex,” said Guess.

She said when police looked inside her vehicle, they found a sledgehammer, butter knife and cellphone. However, she said there was even more evidence that was left behind.

“There was a bag in my car, like a FedEx mailbag type thing. After I emptied it out, I found multiple social security cards, driver's license, medical license. There was a lot,” said Guess. “I was kind of surprised to see that they didn't search my car.”

She later met with Norman Police to discuss what she believes is more evidence against the man who stole her SUV.

The OU student said her iPad was taken from the vehicle, and some other belongings.

But, the thief left her band uniform behind.

Guess plays in the “Pride of Oklahoma,” and needs that uniform for this upcoming weekend.

Still, she wants to warn others. Not only was she carrying pepper spray, but she tried to fight off her attacker and he still got away.

“Although it was two minutes of my life, it has been effecting my every day,” said Guess.

Police have not released any new information on the case regarding the whereabouts of the suspect.