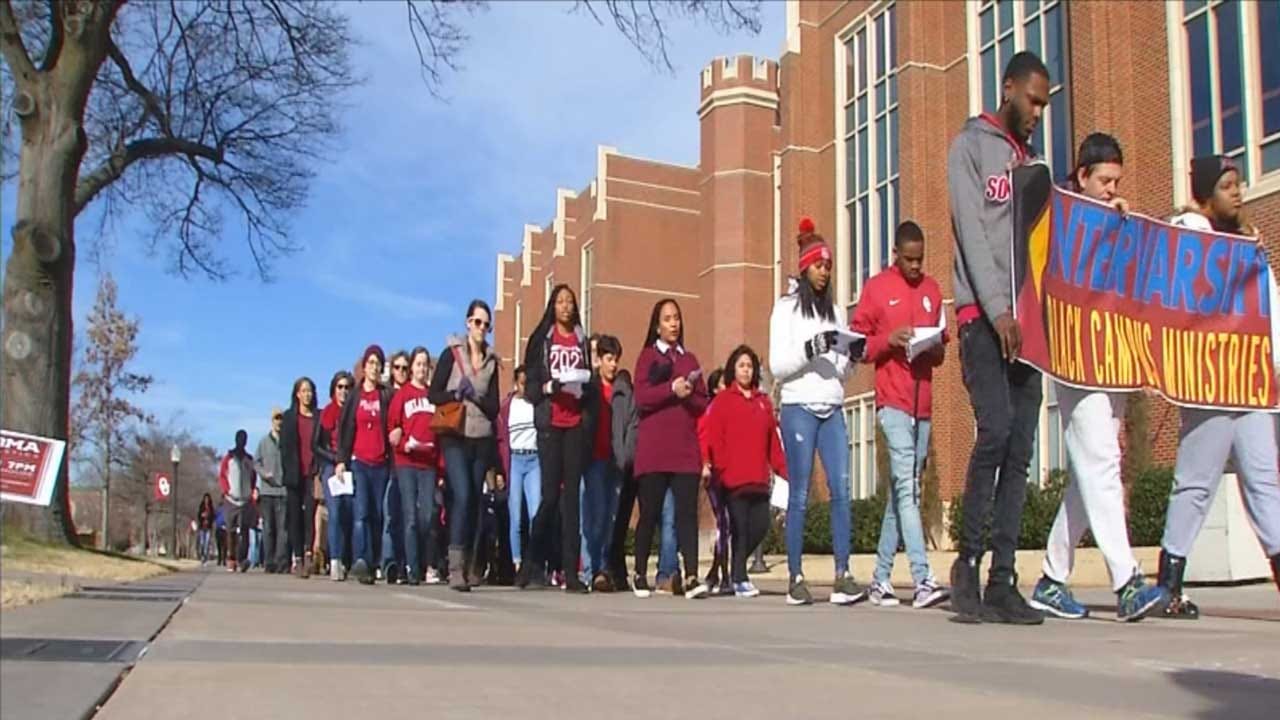 Big changes are coming to the University of Oklahoma campus following a racist video that made national headlines. The video depicted an OU student in blackface and using a racial slur.

Following an outcry for harsher punishment, OU President Jim Gallogly announced the girls seen in the video are gone.

Together, students of all races walked and prayed for healing.

"I definitely wanted to take this opportunity to pray for reconciliation, because we know that's the best way to make things better. Just praying that things get to a unified state," said student Grace Davis.

"I think it's very appropriate. I think when the video went viral, it impacted students so deeply and profoundly in many ways. To gather in a multi ethnic setting and to show their love for one another is very important," said campus minister Chris Gorgee.

Just days before Dr. Martin Luther King Jr. was to be honored, the video representing everything he fought to end went viral.

"It's very ironic, but you know what? God works in mysterious but amazing ways, so his timing was perfect. It was definitely needed," said student Skylar Thomas.

In light of the video, OU president Jim Gallogly vowed to increase efforts to recruit more faculty and students of color. And said he planned to review the student code of conduct to make sure it addressed racism and inequality.

See Related Story: OU President Says University Has ‘Much More To Do’ To Combat Racism On Campus

And while students are calling Monday’s efforts a step in the right direction, they say the fight to end racism is far from over.

"Yes, this is Martin Luther King Day and while we appreciate everything he has done for us, it still exists and isn't going to go away in one weekend. We as a whole group, black, white, whoever you are should join together to combat systemic racism," said student Taylor Stephenson.