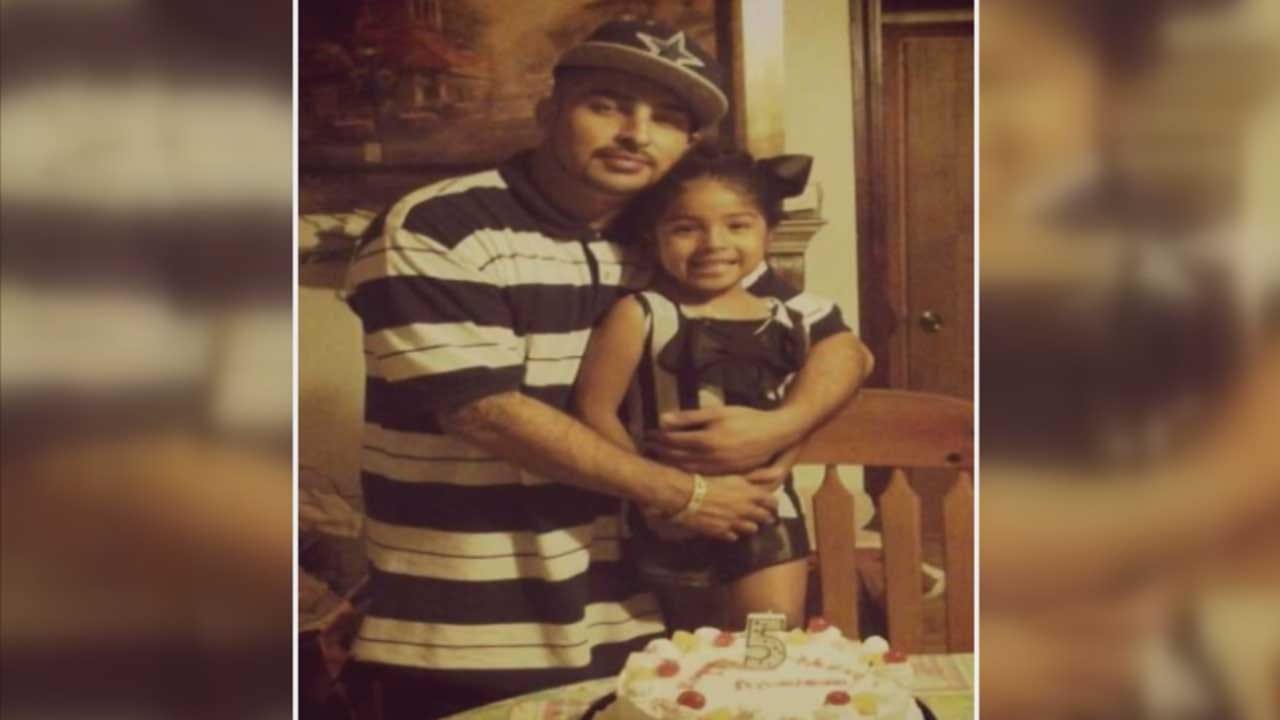 Police were called to a home near Southwest 68th Street and Walker Avenue on Sunday morning. Officers found Juana Lopez's 33-year-old son dead in a bedroom.

She said her son, Cesar Lopez, owned the home but did not live there. He let his ex-girlfriend, his family knows as Miranda, live in the home.

“My son is in love with the girl,” said Lopez. “But the girl not love my son.”

The wanted suspect was reportedly in the home Sunday morning when her son came over.

An arrest warrant indicated the victim came into the bedroom where Sanchez and his ex-girlfriend were sleeping. Cesar reportedly hit the man over the head with a pan from the kitchen.

The woman told police Sanchez punched Cesar, threw him to the floor and continued punching him.

“The other person who was believed to be involved in the altercation fled the scene before officers arrived,” said Msgt. Gary Knight, Oklahoma City Police Department.

The woman told police she did not think Cesar was dead and went to sleep. When she woke up, she realized he was not alive.

“A woman called indicating there was a male there who appeared to be deceased,” said Knight.

Police found Cesar's body in the bedroom. Investigators said he had injuries to his face consistent with a violent assault.

The victim's mother came to the house on Monday with her family. Lopez said her son leaves behind a 9-year-old daughter and many other people who loved him.

Police have not named the woman a suspect and at this time have not arrested Sanchez.