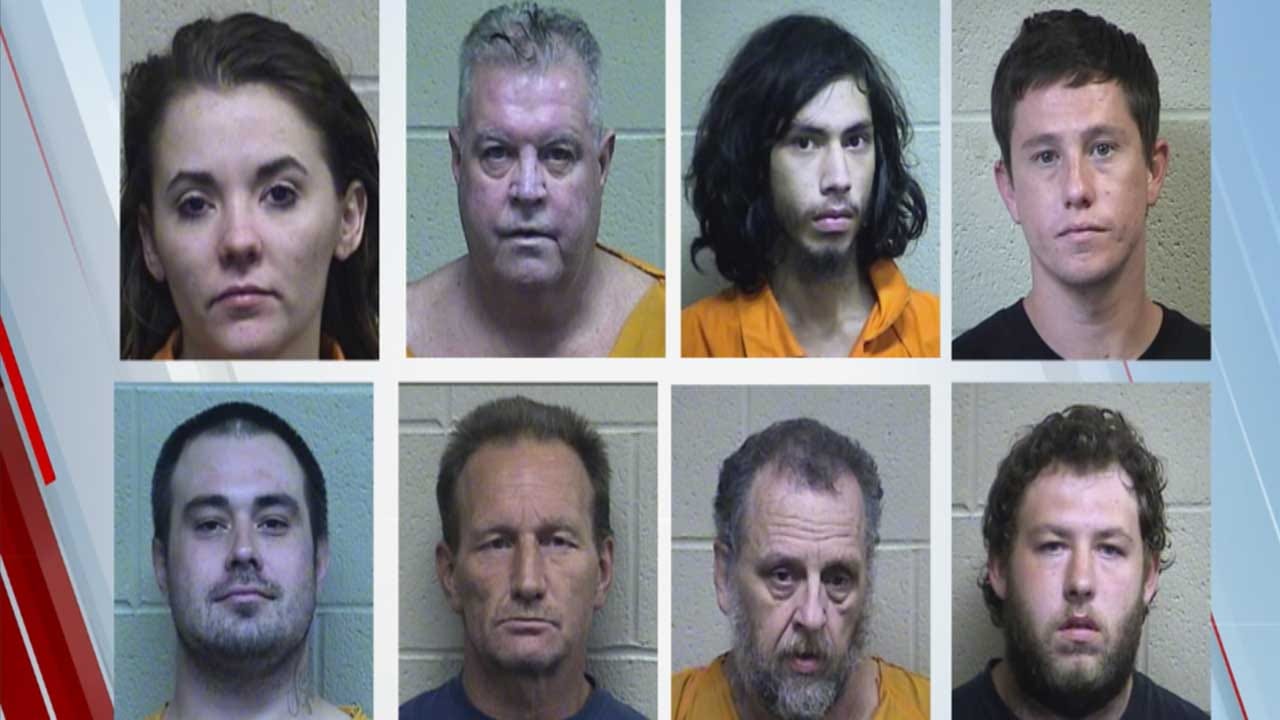 Several repeat offenders were picked up by the Pottawatomie County Sheriff's Office during a major warrant sweep this week.

During the operation Tuesday and Wednesday, seven men and one woman were taken to the Pottawatomie County Jail, but they were captured all over the metro area.

“Setting up and waiting, we just didn't go to one place. We went to multiple locations and we set up where we thought they might be,” Pottawatomie County Sheriff Mike Booth said.

One suspect, Tim Ballard, was captured outside an Oklahoma City restaurant.

The seven other suspects were also wanted for dangerous crimes including assault, drug charges and weapons charges.

Booth says sometimes warrant sweeps can help solve other crimes, for which the suspects have not yet been charged.

“We can bring them back and continue our investigation, maybe we knock out three or four other crimes,” Booth said.

Several local agencies assisted the sheriff’s office with the arrests, but Booth says it's the civilian help that really made this sweep possible.

“We have plenty of partners to help us find these bad guys and bring them to justice,” Booth said.