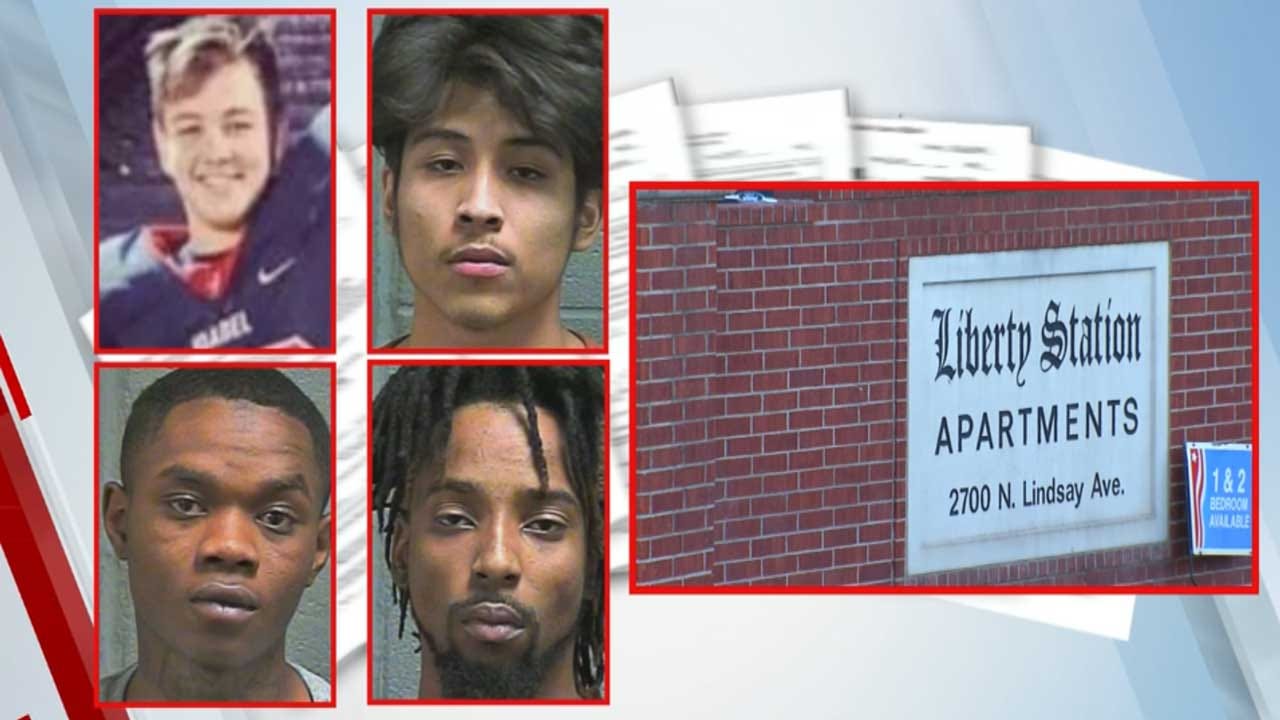 A small Oklahoma community is mourning the loss of a former football player.

Police said Jake McLain, 18, of Idabel, was gunned down in his car on Friday night in northeast Oklahoma City.

According to court documents, the victim and his friend Seth Tisho drove from Idabel to sell drugs to two men.

Police responded to the shooting at the Liberty Station Apartments near Northeast 27th and Lindsay Avenue.

“When officers arrived,” said MSgt. Gary Knight, Oklahoma City Police Department. “They found one male who was in the vehicle. He was deceased.”

“When they walk across that stage and you’re so proud of them, you never expect this is something that’s going to happen,” said Chad Austin, Idabel High School Assistant Principal. “We expected great things from Jake and a lot of success.”

The shaken community has taken to social media to remember number 50.

“The whole community is in shock,” said Austin. “You know, it’s such a tragedy.”

Austin did not want to comment about the investigation details, but court documents spelled out how the evening turned tragic.

Tisho told investigators they came to Oklahoma City to “sell four ounces of marijuana for $600,” to Jonate Jefferson, 22, and Elijah Wilson, 21.

Jefferson and Wilson admitted to police they had planned to rob the two. Police said Jefferson brought an assault rifle and pointed it at the victim. There was a struggle over the gun and Jefferson confessed to shooting the teen. The two suspects ran from the scene.

Police later found the gun and the suspects inside an apartment.

Tisho stayed in the car with the victim and was arrested on one complaint of felony murder.