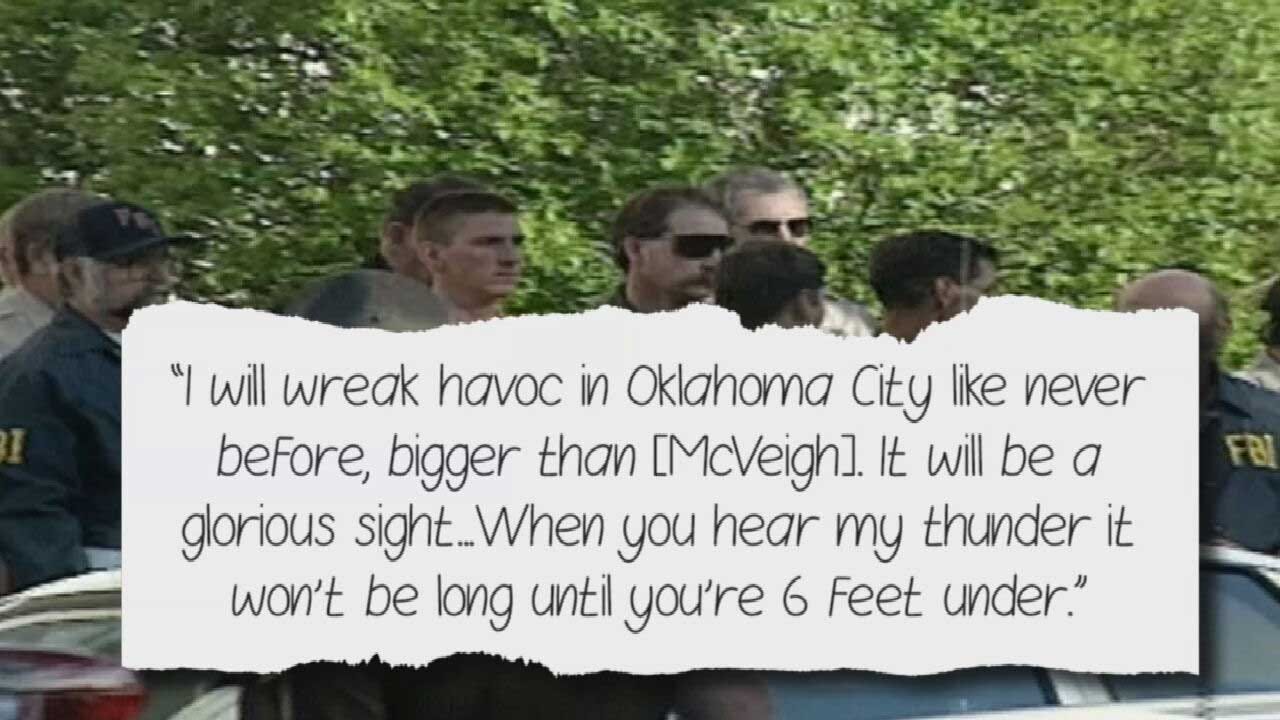 A 14-year-old boy's journal reveals a hit list, his desire to murder his mother, and plans to "wreak havoc on Oklahoma City."

According to court documents, the boy's mother contacted police, fearing her son would commit an act of violence on a school.

The mother said her child fantasizes about horrific shootings that have left behind mass carnage, specifically Columbine High.

Court documents allege the journal also depicted violent scenes mirroring the massacre. One scene depicted a subject wearing a dark trench coat similar to the one worn by the Columbine shooters Eric Harris and Dylan Klebold.

And like Columbine, the subject is surrounded by people on the ground and under tables begging for their lives.

Reid also referenced the 1995 bombing of the Alfred Murrah Federal Building in OKC writing, "I will wreak havoc in Oklahoma City like never before, bigger than McVey. It will be a glorious sight...When you hear my thunder it won't be long until you're 6 feet under."

He also threatened his mother and a metro high school writing, "If my mom keeps treating me the way she does I'll kill her, her friends, her boyfriend, everyone at Douglas High School and myself."

In another entry titled "Civil War Prep" he lists guns and ammo needed. He also included a chart with names labeled "Live vs. People Who Die."

The boy's mother said her son stole her phone while she slept. A search of the phone’s history revealed Reid had been obsessively looking at school shootings on YouTube.

Ried has been charged with planning an act of violence.

Police were told he suffers from mental health issues.

Neighbors said the child is angry, and police are often called to his mother's apartment.

Oklahoma City Public Schools released the following statement after learning of Reid's arrested, "Oklahoma City Public Schools can confirm that Quentin Marcellus Reid has previously been enrolled in an OKCPS school. However, as of today, he is not a current student. OKCPS was made aware of the warrant issued today for his arrest and will cooperate with law enforcement as needed in this case.”