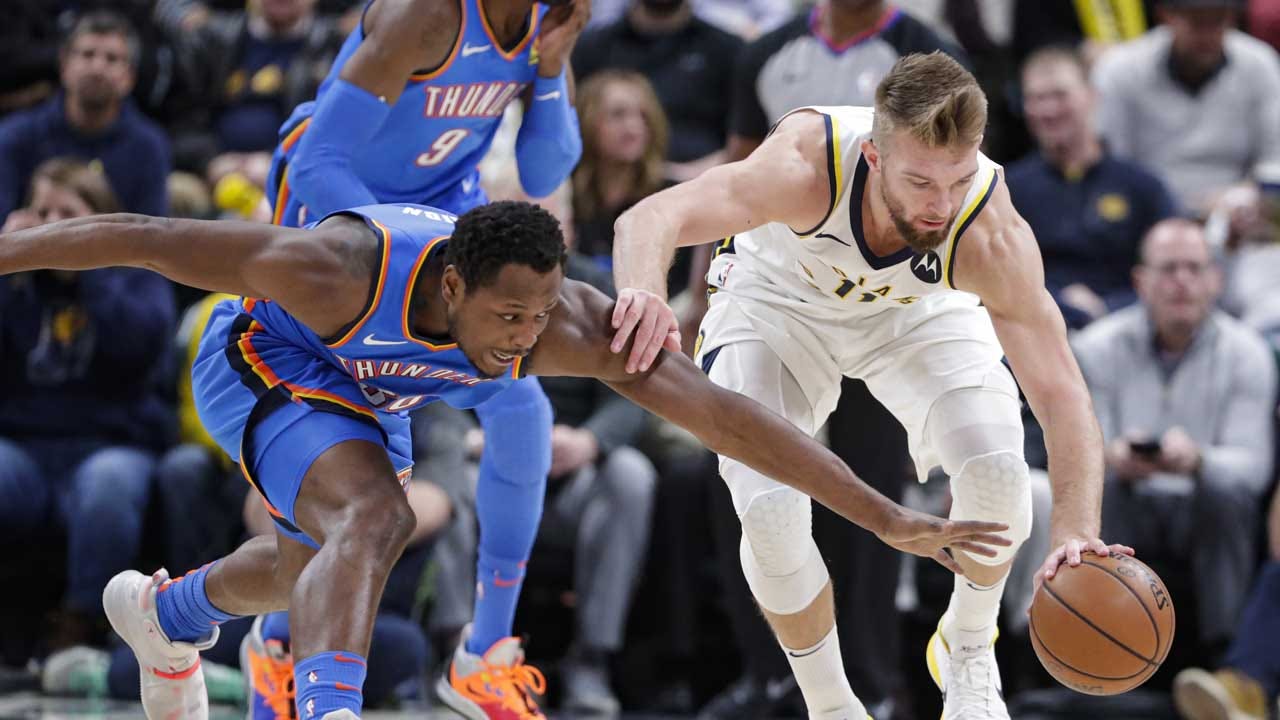 T.J. Warren scored 11 of his 23 points in the third quarter to lead the Indiana Pacers over the Oklahoma City Thunder 111-85 Tuesday night.

Malcolm Brogdon had 20 points, six rebounds and five assists, and Domantas Sabonis had 18 points and 16 rebounds for the surging Pacers (7-4), who have won seven of eight, including four straight.

Danilo Gallinari scored 14 points, Deonte Burton had 13 points and Shai Gilgeous-Alexander had 11 points and six rebounds for the Thunder (4-7), who have lost three of four and remained winless on the road.

The Pacers went on a 15-2 run in the third quarter to take a 26-point lead. Aaron Holiday hit two 3-pointers and Warren made another in the spurt that ended with Doug McDermott's layup to put Indiana ahead 84-58 with 1:49 to go.

The Thunder scored five straight points, including a 3-pointer by Gilgeous-Alexander, to close out the first half. The Pacers led 52-42 at halftime.

Thunder: Host Philadelphia on Friday with a 19-2 series lead during the Oklahoma City era, including one loss to the 76ers last season.

Pacers: Travel to Houston on Friday. The Rockets have won four straight after a sweep of the regular season series the last two years.