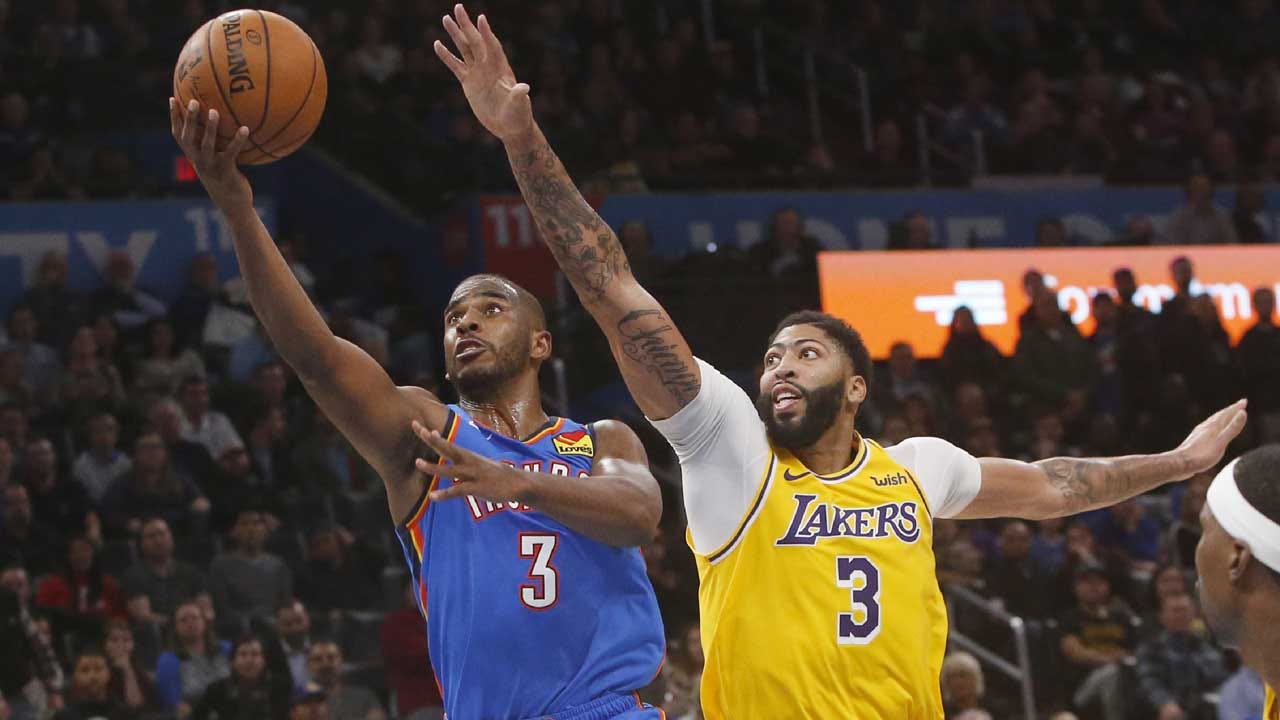 Anthony Davis scored 24 of his 33 points in the second half to help the Los Angeles Lakers beat the Oklahoma City Thunder 130-127 on Friday night.

LeBron James added 23 points and 14 assists for the Lakers, who won their sixth straight and own the league's best record at 13-2.

Shai Gilgeous-Alexander scored 24 points and Steven Adams added 22 for the Thunder, who have lost five of six.

Los Angeles guard Rajon Rondo was ejected early in the fourth quarter after a kick to Dennis Schroder's groin area. Schroder made two free throws, then Gilgeous-Alexander's layup tied the game at 109.

Oklahoma City's Chris Paul made a layup with 11.8 seconds left that cut the Lakers' lead to 126-125. Davis was fouled with 8.1 seconds left, and he made both free throws. Gilgeous-Alexander's layup with 4.2 seconds left trimmed it to one again, but Davis made two more free throws with 3.8 seconds remaining. James intercepted the inbounds pass and ran out the clock.

Lakers: F Kyle Kuzma played with goggles to help him protect himself after he suffered an eye injury Tuesday against the Thunder. ... Kentavious Caldwell-Pope hit a 27-foot 3-pointer at the halftime buzzer. He finished with 17 points.

Thunder: Coach Billy Donovan got a technical for arguing with officials in the second quarter. ... C Nerlens Noel (illness) did not play. ... Oklahoma City led 67-66 at halftime. The Thunder shot 56.5 percent from the field and made 21 of 31 shots inside the 3-point line. ... Oklahoma City trimmed what once was a 15-point third-quarter deficit to 106-103 by the end of the period.

The Lakers visit the Memphis Grizzlies on Saturday.

The Thunder visit the Golden State Warriors on Monday.