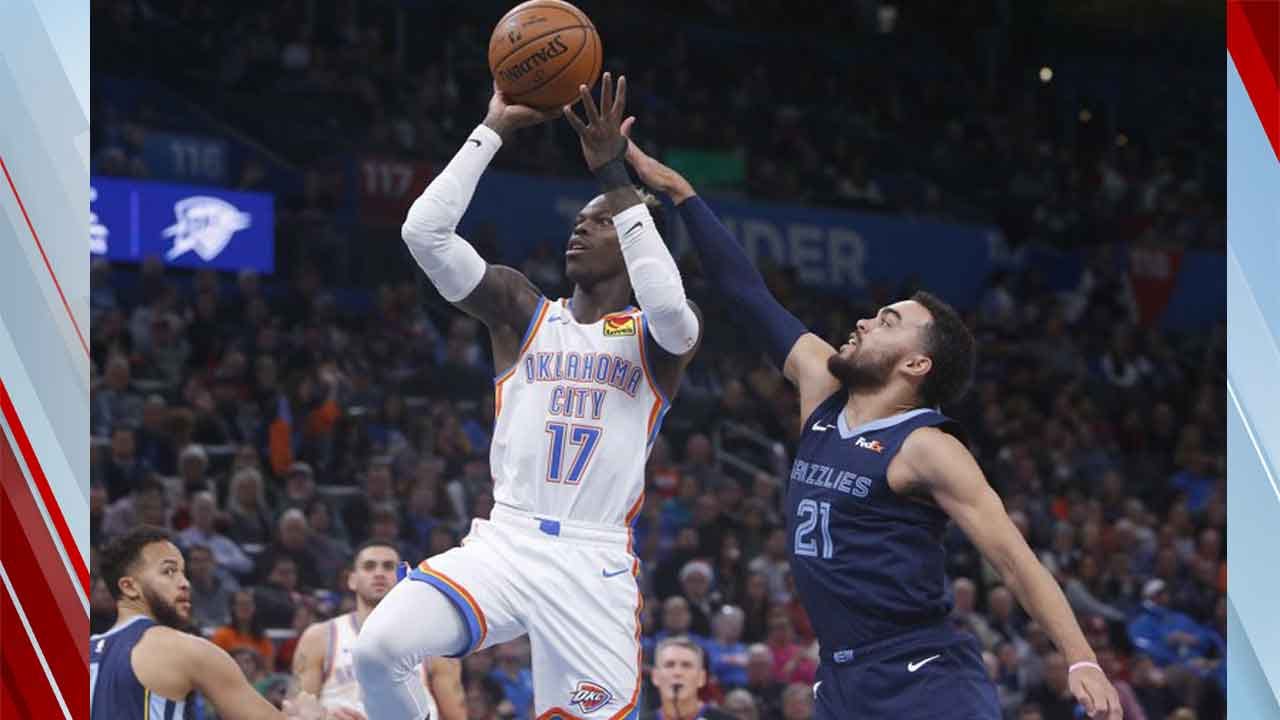 Danilo Gallinari and Shai Gilgeous-Alexander each scored 20 points and Chris Paul added 18 for the Thunder, who rallied from 26 points down to beat the Chicago Bulls on Monday.

The Thunder got off to another shaky start on Wednesday. Memphis shot 54% in the first half and took a 68-59 lead at the break. Valanciunas and Morant each scored 13 points for the Grizzlies while Gallinari scored 11 points for the Thunder.

Oklahoma City did not score for three minutes to start the third quarter, and Memphis took an 80-59 lead. The Grizzlies’ largest lead was 89-65.

The Thunder surged at the end of the third quarter. Abdel Nader hit a 3-pointer with nine seconds left, then Schroder stole the inbound pass and Gilgeous-Alexander hit a 16-footer at the buzzer to cut Oklahoma City’s deficit to 100-93. Oklahoma City finally took the lead on a pull-up jumper by Schroder with just over eight minutes to play.

Paul’s short jumper gave the Thunder a 122-120 lead in the final minute. Memphis could have tied the game, but Morant and Clarke missed in close and Schroder made two free throws at the other end for Oklahoma City to push the Thunder lead to four.

After a dunk by Clarke, Schroder was fouled with 7.5 seconds to go, and he made both free throws to give the Thunder control for good.

Thunder: Shot 55% in the first quarter, despite missing all five of their 3-point attempts. ... Scored 28 points in the final 7:10 of the third quarter. ... G Hamidou Diallo is still out with a hyperextended right elbow.

The Grizzlies visit the Cleveland Cavaliers on Friday.

The Thunder host the Phoenix Suns on Friday.