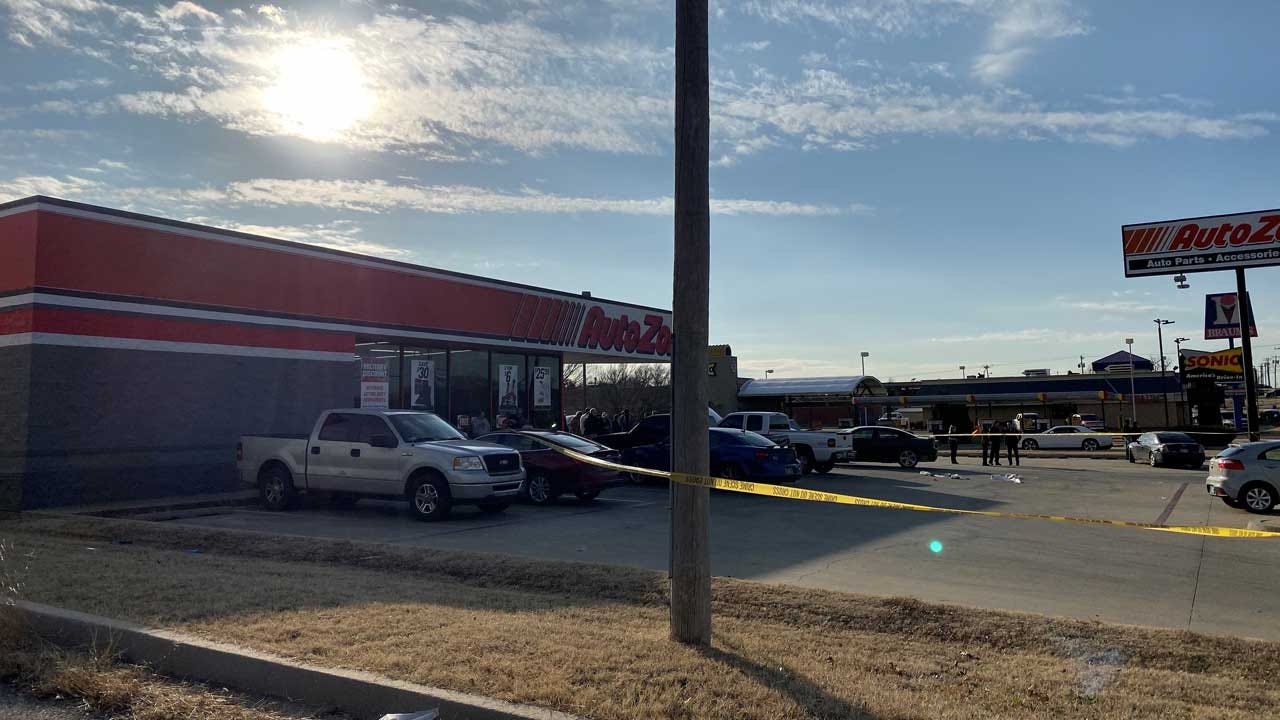 Police are investigating after a deadly shooting Friday at the AutoZone in Midwest City.

The shooting happened near NE 23rd Street and Douglas around 2:30 p.m.

“It sounded to be four shots,” said Jaden Scearse, who witnessed the shooting.

The suspect stood over the victim and shot him in the chest, according to police.

“I mean the guy looked like he enjoyed it,” said Lawrence Stewart, who also witnessed the shooting. “He was dancing almost as he was doing it.”

Officers said the victim was transported to a local hospital and was later pronounced dead. The victim's name has not been released at this time.

Police told News 9 witnesses said the shooter was a black male wearing a black sweatshirt and is believed to have fled on foot, before eventually getting into a vehicle.

If you have any information you are asked to call the Midwest City Police Department.