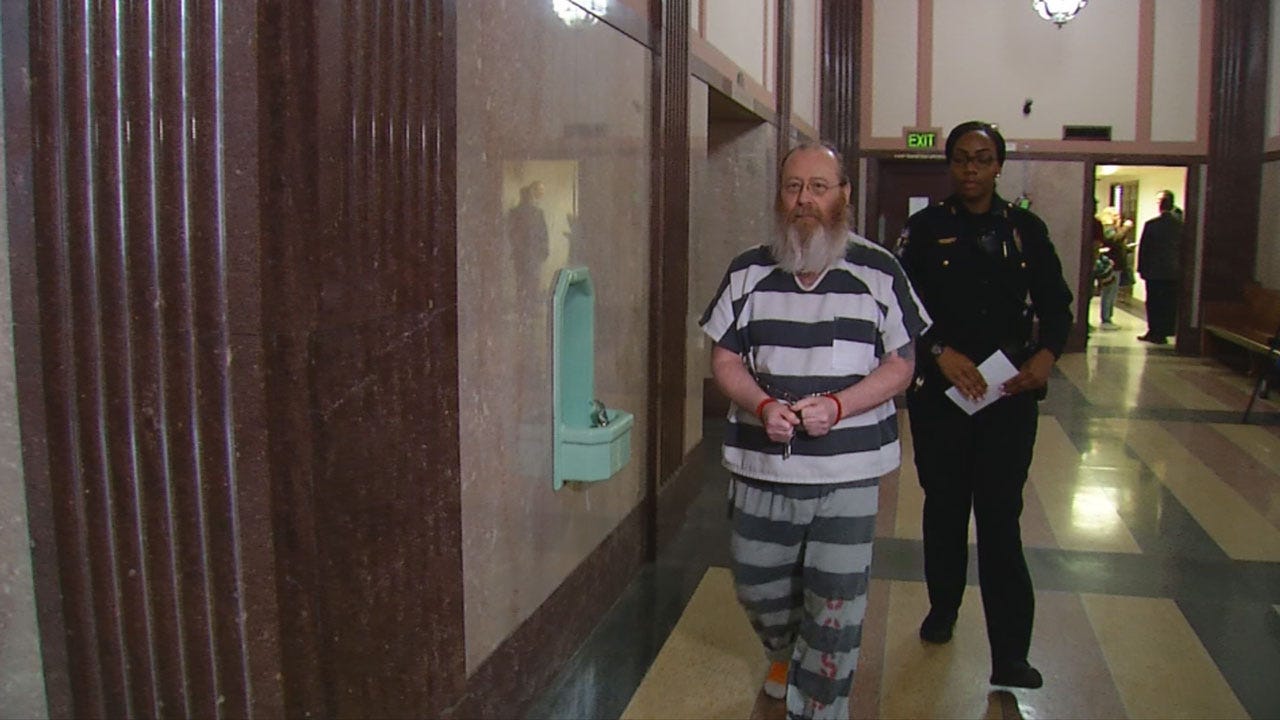 A suspected serial killer remains behind bars in Oklahoma County as the family of a Bethany woman, along with four other families in Texas, await justice.

It's a pattern of killing that began more than 20 years ago.

"It was a hunting ground," said author Kathryn Casey about a 50-mile stretch of desolate land just outside of Houston where secrets were buried deeper than the bodies.

"Over the many decades when there's been a murder in Houston it's not uncommon for the body to be dropped down there because of all of the water, you know, the canals, the Gulf and everything," she said.

Since the 1970s, more than 30 women and girls vanished or were found murdered in the infamous killing fields off Interstate 45.

"It was terrifying," Casey said. "Anyone who had children in the Houston area, they were talking to their kids about this."

Casey, a true crimes author from Houston, spent three years writing 'Deliver Us,' a chilling account of the brutal killings. The book would put her face-to-face with William Reece, a convicted rapist from Oklahoma, who is connected to several of the killings.

"Reece truly was the monster parents warn their kids about," she said.

Reece had served eight years of a 28-year sentence for rape in Oklahoma. He was released in the mid-1990s, and in 1997, girls began to disappear in Texas and Oklahoma. Laura Smither was the first and youngest at 12-years-old.

"She loved to dance, she really did," said Gay Smither, Laura's mother.

Smither can't help but smile when flipping through her photo books and talking about her daughter.

"She could just get up on a stage, and she just came to life," she said.

Laura was scuba-certified and aspired to become a ballerina.

Living in the quaint Houston suburb of Friendswood, the family felt settled and safe.

"It just had a Mayberry kind of feel to it," said Gay. "It was just very warm and inviting."

However, on the morning of April 3, 1997, those illusions were shattered when Laura left her home for a jog and never returned.

"We were about to have breakfast. 'Mom, I'll just be gone for 20 minutes, I'll be back,' Gay remembers her daughter telling her as she left.

That would be the last time she saw her daughter alive.

"I was the one who gave her permission to go and that's something I have to live with until I die," she said. "I can't take that back."

The grueling days ahead involved painful pleas for her return and a massive search by 6,000 volunteers over 800 square miles. Seventeen days later, her body was found in a pond, 20 miles away in Pasadena.

The investigation quickly pointed to William Reece as a suspect. Police placed him in the area working construction the same day Laura disappeared.

"We were pretty sure that the police had the right guy," she said.

However, the case lacked evidence, and they let him go. Six months later, though, Reece would be the center of another case, the kidnapping of Sandra Sapaugh. Sapaugh escaped and Reece was arrested. He received a 60-year prison sentence for aggravated kidnapping. It was during his time in a Texas prison when Casey finally met him. In 2013, he granted her a jailhouse interview.

"I really wanted to know who murdered the girls," Casey said.

She pressed during her interview, but Reece denied killing anyone.

"He's very slick and he was manipulative," Casey said. "I could tell he was trying to manipulate me and control me. After I got there, he tried to kind of enlist me in his, you know, pursuit of freedom."

The two exchanged letters for more than a year after that.

"It was kind of like this chess game between the two of us," Casey said.

He never offered a confession.

So, she stopped writing. Two years later, Reece's crime started to catch up to him when DNA was linked to a 1997 murder of a 19-year-old in Oklahoma. Tiffany Johnston, abducted from a Bethany car wash, was raped, strangled, then dumped near Yukon.

"I think I have so much hate for him for taking my baby," said Kathy Dobry, Tiffany Johnston's mother.

Dobry hasn't missed a court appearance, waiting for Reece to stand trial for the murder of her daughter.

"We want to make certain he gets the death penalty, he deserves it," said Dobry.

In an attempt to avoid the death penalty in Oklahoma, Reece confessed to Laura Smither's murder. Then he led authorities to the bodies of Jessica Cain and Kelli Cox, two other missing women from Texas.

"Something good came out of Tiffany's death, not to us, but to the other families they can have closure," Dobry said.

"I think about her and miss her every day," Bob said of Laura.

But it does comfort the families to finally know William Reece could one day face his crimes in Texas.

"We've come to peace over the years with knowing Reece will never get out," Gay said.

Earlier this week, William Reece's trial was expected to start on October 22. The defense asked for more time, so the judge rescheduled it for June 17, 2019.