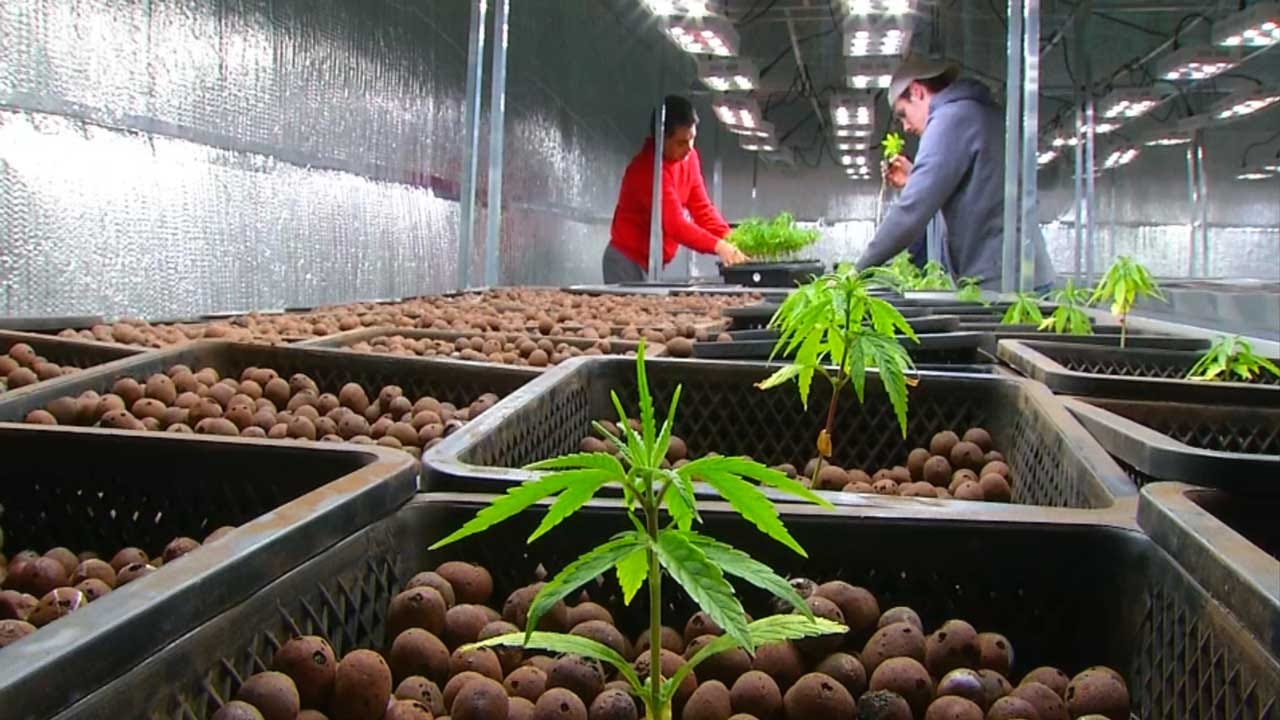 Oklahoma implemented medical marijuana faster than any other state.

Those behind the state question purposely crafted the measure with fewer restrictions.

The industry is growing by the week with new patients, growers and dispensaries coming into the market.

Grower Chelsea Davis doesn't have to much longer to wait on his weed.

“We are hoping to produce about 1,000 lbs. of bud every 120 days,” says Davis, who is currently growing medical marijuana in a 20,000 square-foot warehouse in Del City.

The owner of the metro’s 10 Ziggyz locations had thought the infusion of his indoor farm into the market would send prices down.

However, prices have already dropped significantly.

Davis claims people were once paying more than $5,000 a pound.

Davis, though, warns that not all the weed being sold in the state is being grown legally in Oklahoma.

“I would expect that a lot of this product is coming from other states,” says Davis.

“I don't have a doubt in my mind that it was happening early on in the program, I'd like to hope at this point it’s not,” says Oklahoma Representative Jon Echols.

Representative Echols says enforcement of regulations like the newly passed “seed to sale” tracking will pick up after the rush of patient requests are met.

So far, the Oklahoma Medical Marijuana Authority has approved 89,011 patients, 2,464 growers, and 1,317 dispensaries.

“The speed at which cards are coming in, requests coming in, those are being handled pretty well considering what they’re going through. I think the enforcement side they are still picking up on,” adds Echols.

The OMMA is in the process of expanding its compliance team. It says its hiring 10 inspectors and two auditors to cover the state this summer.

“We also started the Oklahoma program in 45 days. No state in the union has come anywhere close to that. Arkansas took almost two and half years until they started,” adds Echols.

Meanwhile, anyone with $2,500, and is not convicted of a criminal felony is allowed to come market.

“It is a purely capitalist system, which means if you are one of the best in the market you are going to survive,” says Echols.

“It’s pretty much the wild west here,” says Davis about the growing competition.