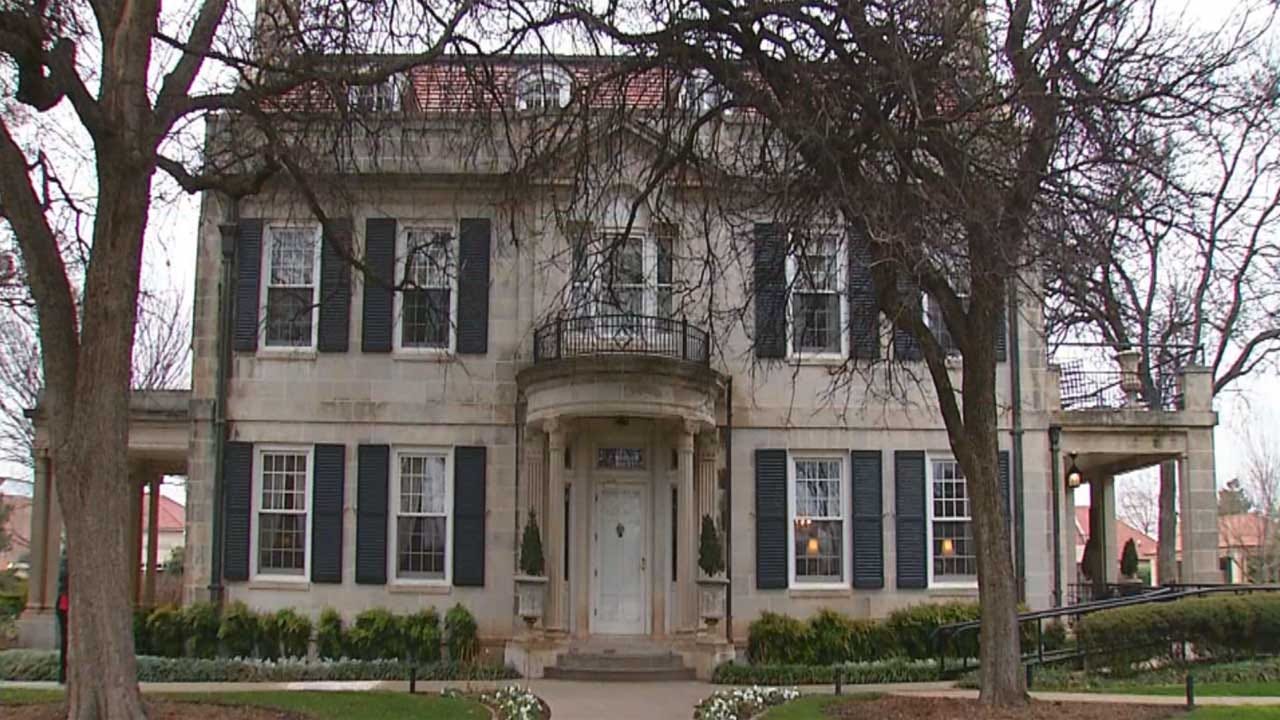 Governor Stitt is planning to move his family from Tulsa to Oklahoma City this summer, once his kids are through with school, but it's not clear at this point just where he will move them.

That's because the traditional residence for the state's chief executive, the Governor's Mansion, has fallen into disrepair.

In fact, the mansion is in need of millions of dollars in maintenance and repairs. Officials with the Office of Management and Enterprise Services (OMES) roughly estimate that, between the mansion and other structures on the property, it will require $8 million in tax dollars to make all the needed repairs.

The state is responsible for maintaining the 14,000 square foot facility, which was built and furnished in 1927-28 at a cost of about $150,000. Aesthetic improvements or modifications to the home are paid for with private funds.

A spokesperson for Governor Stitt, Donelle Harder, says, if the Governor and First Lady decide it's necessary to remodel portions of the home to better accommodate their six children, that work would be paid for with private donations and with the help of Friends of the Mansion.

For now, Harder says, that's not even a consideration.

"The governor has not yet thought about those modifications," Harder explained, "because he's solely focusing on the fact that the roof is leaking and even flooding water, and the basement is holding water, and that there's mold in the walls -- things that do not make the facility habitable for young children."

Behind what is still a lovely facade, there are cracks -- literally and figuratively. Windows need to be replaced, as does some of the plumbing, which is reportedly as old as the house.

In addition, Harder says the electrical system needs to be modernized and the limestone needs help: "The limestone is seeping water because it was never sealed -- a process that needs to happen every fifty years, and we're approaching a second time in which it should have already happened."

OMES is now conducting the first complete inspection of the mansion property in eight years.

Documents obtained by News 9 show that the Fallin administration was preparing to do the work recommended in that report in 2015. Manhattan Construction had submitted a detailed proposal on the scope, timeline and cost of the work: $4.2 million.

A former Fallin spokesperson explained that, with the state facing a $600 million shortfall at the time, the decision was made to hold off on the maintenance work.

As a result, OMES officials say the problems identified in 2010 have only become worse. What's more, they say, repairs are now needed at the other two structures on the property -- the gatehouse and pavilion -- leading to their recent estimate that a more realistic price tag on the needed repair work would be $8 million.

"Our hope is that we can go into a new competitive bid process," said Harder, "and deliver lower numbers, and really be responsible with those tax dollars."

Both the Speaker of the House and the President Pro Tem of the Senate say they understand the importance of the maintenance work and are willing to work with the governor to provide the needed appropriation.

(Jason Sutton, Press Secretary for Speaker Charles McCall: "Speaker McCall is aware of the maintenance and repair needs at the Governor's mansion and has had a recent conversation with Gov. Stitt regarding how to address those repairs. Speaker McCall is open to addressing those repairs through the budget this session, but is mindful that we need to be good stewards of taxpayer dollars. Our understanding is that the governor intends to seek more competitive bids on the construction costs, and we welcome that effort.")

In the meantime, Governor Stitt is considering other options, should the Mansion not be ready by the time he's ready to move his family to the state capital. Harder says they are looking at possibly living in the Centennial House, a residence that belongs to the Oklahoma National Guard.

"That is on their property," Harder said, "and has proper security, so there would not be a substantial cost to insuring the facility is secured. That is another option that we are looking into, just in case, because he really does want his family here and wants to get them here as quickly as possible."