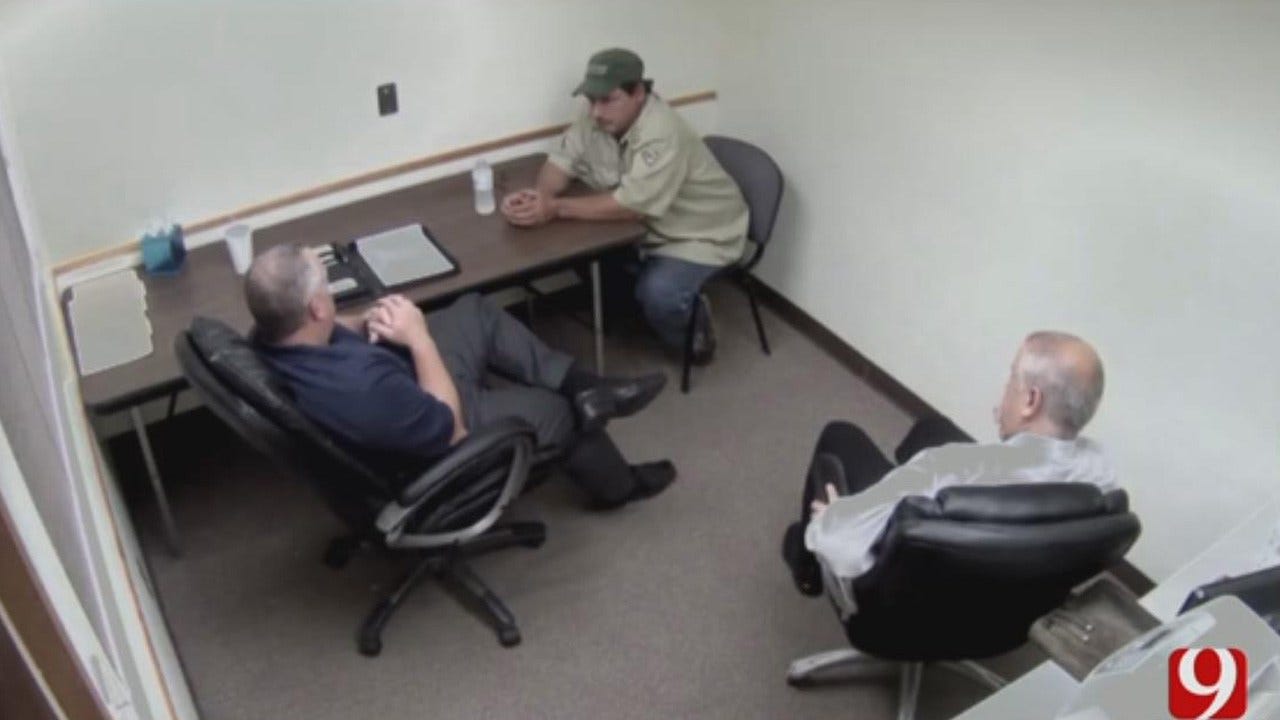 For the first time-- we're getting a look at the interrogation of Anthony Palma.

Midwest City police arrested him in 2015 for the 1997 murder and kidnapping of his neighbor 8-year-old Kirsten Hatfield. Right now, Palma is in prison.

Detective: "Were you in any way involved?

Detective: "So you're not responsible for Kirsten's disappearance?

Detective: "Didn't play a part in that?"

Talking to detectives Anthony Palma says he was known around his Midwest City neighborhood for helping kids but he repeatedly denied knowing 8-year-old Kirsten Hatfield who lived just two doors down.

Palma: "I didn't have anything to do with those people, didn't know them at all."

After several denials-- detectives showed Palma the DNA evidence tying him to the crime scene where Kirsten was pulled from her bedroom window never to be seen again.

Palma: "I don't see how that could happen."

Detective: "I have to believe this has been bugging you for your entire life since it happened. If it doesn't then you're a cold blooded killer, Tony. Is that what you're telling me?

Palma: "I haven't ever killed anybody"

In November, Anthony Palma was sentenced to life in prison without the possibility of parole. He waived his right to appeal and to this day has not revealed the location of Kirsten's body.