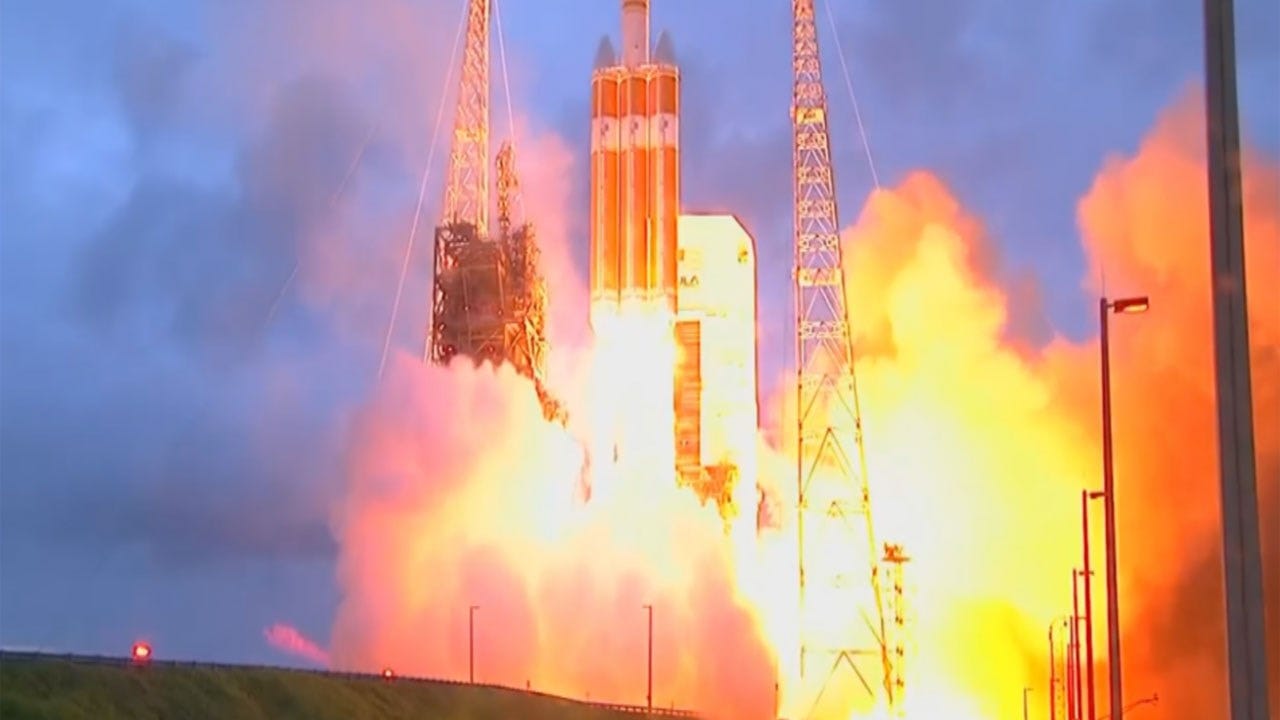 NASA hasn't launched astronauts from American soil since it retired its space shuttle program in 2011. However, that will soon change with a new space program designed to send astronauts back to the moon and beyond. And they couldn't get there without the help from companies right here in Oklahoma.

It's the dawn of a new era of space exploration with NASA's newest spacecraft, Orion, which is still in its testing phases. In 2014, it lifted off from Space Launch Complex 37 at Cape Canaveral Air Force Station in Florida on a United Launch Alliance Delta IV Heavy rocket. After a 4-and-a-half-hour unmanned trip in low orbit, the capsule splashed down in the Pacific Ocean, 600 miles southwest of San Diego.

Soon, though, the spacecraft's greater mission will be to launch astronauts with the most powerful rocket ever built, NASA's Space Launch System (SLS), to places no one has ever gone before, deep space.

"That's the next grand frontier, and no telling what we'll discover when we're out there," said Charlie Lundquist, Deputy Program Manager for the Orion Program.

Since that test flight, NASA has spent the past several years perfecting the Orion capsule where astronauts will have to live and work during their long duration space flights, which will include trips back to the moon, to an asteroid and eventually a landing on Mars.

News 9 traveled to Johnson Space Center in Houston to see a mockup of the spacecraft that engineers, and astronauts use to help design the interior.

"Deep space, the vacuum of space, intense radiation, you gotta protect the astronauts that are inside," said Lundquist. "The further you get away from Earth the more autonomous things need to be."

The federal agency is depending on companies around the globe to help complete that mission.

"We have the nation's best and brightest building part of the space craft," he said.

Some of those best and brightest are in Stillwater, where engineers at Frontier Electronic Systems have designed some of the most critical systems on board Orion.

"It's our belief that it's gotta work right the first time, every time," said FES Aerospace Program Manager Waylon Shields.

"The Orion program is different because it has to keep the astronauts alive for longer periods of time," said Mike Ridgway, FES Programs & Engineering Manager. "Going back and forth to the space station may take a few hours or a few days. Going to the moon or to Mars is going to take several months even years to get there and back.

Using high tech automation, the company builds the electronics for the space capsule's life support systems. In the space lab, workers assemble some of those circuit boards by hand.

"High quality, high reliability. Not only is it important to keep the astronauts alive but part of that is keeping the electronics working so it can serve that purpose," Ridgway said. "I think the employees all take a real sense of pride in knowing how important their work is."

The company also made the hand controllers astronauts will use to guide the capsule once in space as well as the power protection units that will be used on the launch abort system, which propels the astronauts to safety if a rocket fails during launch.

"Everybody here puts everything they have into making sure things are done perfectly," said Shields. "Most people in Oklahoma, most people in Stillwater, don't even realize the amount of effect that we have on that."

The parts are tested on site using several technologies including a thermal vacuum chamber.

"It will emulate a space environment, pull vacuum where there's no air and then we can also introduce the temperature radiance to very cold to very hot," said Darryl Smith, a program manager at FES. "If the electronics survive then the astronauts survive."

Once the parts pass the testing, FES ships the them to NASA to be installed on Orion.

"It's pretty exciting how Oklahoma is helping us out," said Lundquist. "We have some really bright people here, but we don't have the industrial base here to support building and testing all this equipment, so we rely on the expertise across the country. They are all contributing to the cause here to further humans farther in space than we've ever gone before."

"One of the sayings around here is 'the road to Mars goes through Stillwater, Oklahoma,'" said Shields.

Orion will blast off for one more unmanned flight by 2020 with an actual crew expected to launch in 2024.