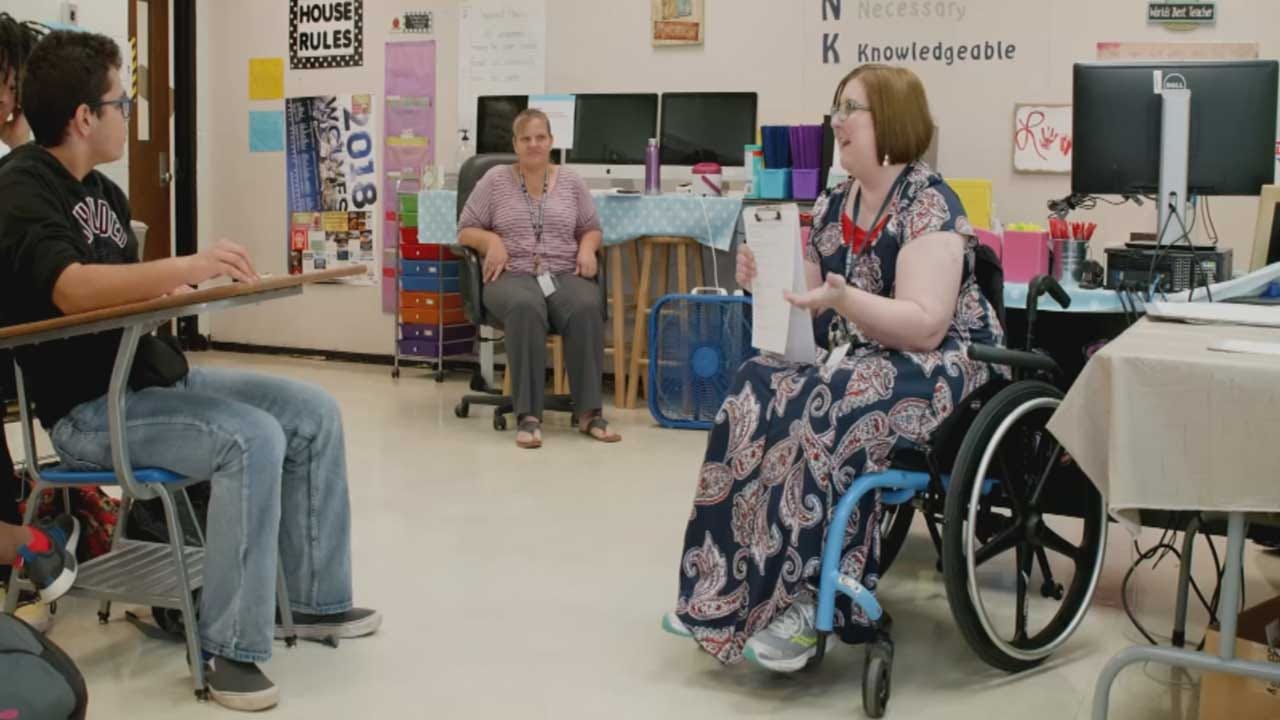 A local teacher got into the profession to teach high school English. But as life would have it, some of her greatest lessons can't be found in a book.

But about two years ago, that dream of being a teacher nearly came to a screeching halt.

“We were stopped in traffic and we were rear ended by someone that was going 70 mph and hit us from behind,” said Dennis.

The next thing Lindsay knew, it was a month later and she was waking up in a hospital bed. She had a slew of injuries including her back broken in five places, and her spinal cord injured beyond repair.

“It was a compilation of feelings. Most horror,” said Dennis. “How do you parent two small boys if I can’t walk? What do I do? I saw my career of a teacher going out the window,” she continued.

It seemed she discovered the answer to that at Integris' Jim Thorpe Rehabilitation Center.

Through months of intense therapy, she learned how to keep up with her two boys.

“Just because she’s in a wheelchair, doesn’t mean she’s not the best mom ever,” said her son Parker.

And that sentiment continued into the classroom.

“I was so blown away with the way the students responded. If I needed doors opened, I never had to ask, the kids did it. If I dropped something they instinctively picked it up,” said Dennis.

And while they’ve found way to help her, she’s discovered a way to help them. A way maybe no other teacher quite can.

“I’ve told my kids if they’re having a rough day and they can’t complete an assignment, they need to come and talk to me because I’m the queen of have bad days. But, I want them to also know you may struggle, but there’s also a way to persevere through it,” said Dennis.

It’s perseverance that got Lindsay back in the classroom teaching English and so much more.

“You hope the students will learn their parts of speech and learn to write a paragraph. But I hop more than anything, they learn how to be a decent human being,” said Dennis.