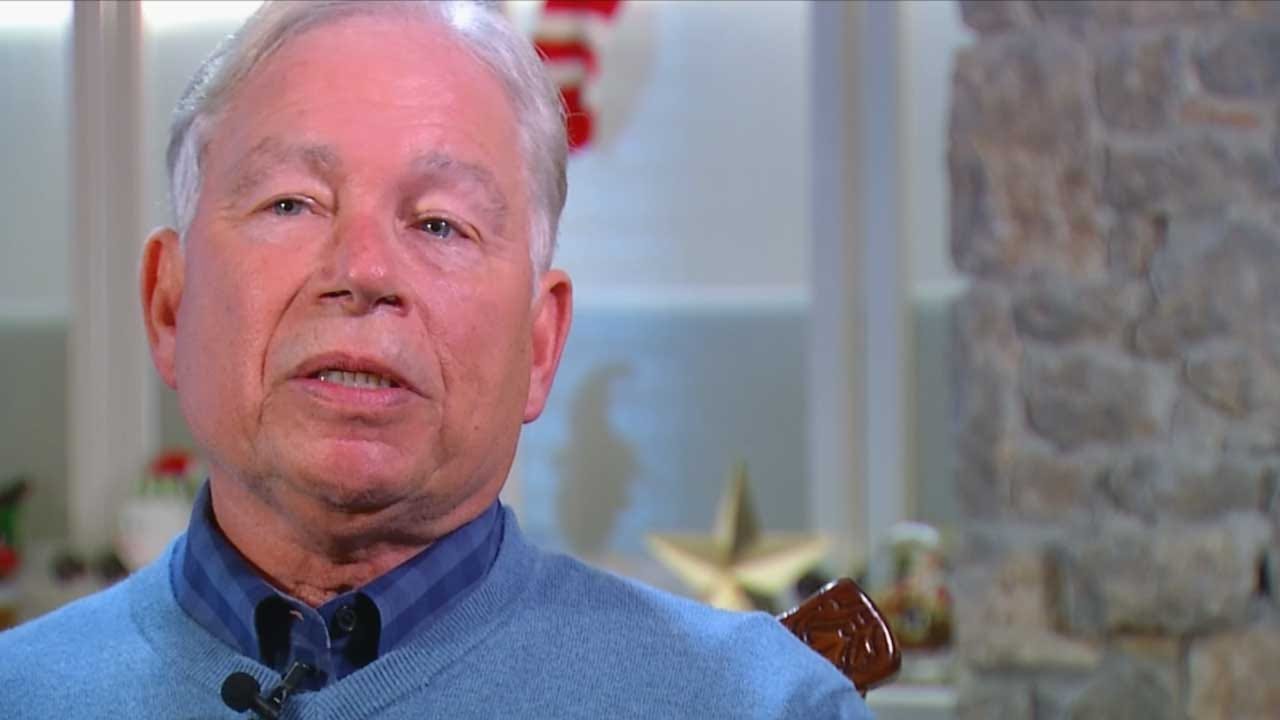 An Oklahoma teenager battling cancer is given just weeks to live. That was 50 years ago. However, his participation in a clinical trial at Oklahoma Medical Research Foundation Hospital during that time, continues to help cancer patients today.

"I would not allow myself to think about his death," said Clint Kindell.

In 1968, that's how Clint Kindell dealt with the grave news about his older brother Greg, who was diagnosed with Acute Myeloid Leukemia or AML. He was just 17 years old.

"It was absolutely a death sentence," said Clint. "I remember I just wept and wept. I thought 'this is not right, he's just a kid.' Even at that age I recognized that."

Clint wasn't sure how he was going to live without his brother.

"He's my best friend, I talk to Greg every day," said Clint.

Turns out he didn't have to.

"If I hadn't gone to the Oklahoma Medical Research Foundation and taken that treatment, even though it was experimental, I would not be here," said Greg Kindell, AML Survivor.

With just weeks to live, Greg's mother signed him up for an experimental trial at Oklahoma Medical Research Foundation hospital.

"The doctors that treated Greg at OMRF, like elsewhere, were really pioneers," said Dr. Rodger McEver, Vice President of Research at Oklahoma Medical Research Foundation. "They were trying to walk that fine line between trying to give enough of the drugs so that it would be effective in kill the cancer cells without toxicity that would be so much that it would actually harm him."

He was among 31 AML patients in the trial, young and old. During the trial, doctors gave them an aggressive form of chemotherapy with no way of predicting who would respond and who wouldn't.

"I got really sick," Greg said. "I asked God, 'why do I have this, I'm 17 years old, why am I going through this,' and then I thought who would I give this to, if I could give it to somebody? And I thought nobody. I'd rather have it myself then have some family member or friend die from this."

Out of all 31 AML patients who enrolled in the study, Greg is the only survivor.

"When I actually realized I was going to survive, I had a little survivor guilt over that, because I thought anyone of these people deserves to live more than I did," Greg said.

Greg continued his treatments monthly for three years before he decided to stop and go to college.

"I actually did a blood test and my blood test kept coming back normal," he said.

Cured of leukemia, he went on to have a family and a career in the US Department of Agriculture. He even did a one-year tour in Iraq as an agriculture advisor.

Five decades of being cancer free and he finally realizes why he's still here.

"I think to give hope to other people," he said.

Greg's experience gave hope to researchers too. The trial all those years ago helps doctors today by giving them a better understand of the disease that that led to more precise chemotherapy doses for patients. Doctors also learned to supplement chemotherapy with other treatments, like radiation and stem-cell transplants.

"All science builds on previous discoveries, previous successes, previous failures and all that knowledge is integrated in order to develop the next step," said Dr. McEver

"Lots of people get diagnoses and think that there's no hope but I believe there is hope, and having faith and hope is what keeps us thru each day even if were not sick," said Greg.

OMRF closed the research hospital in 1976 but continues its clinical research and patient care through an outpatient clinic, still open today.