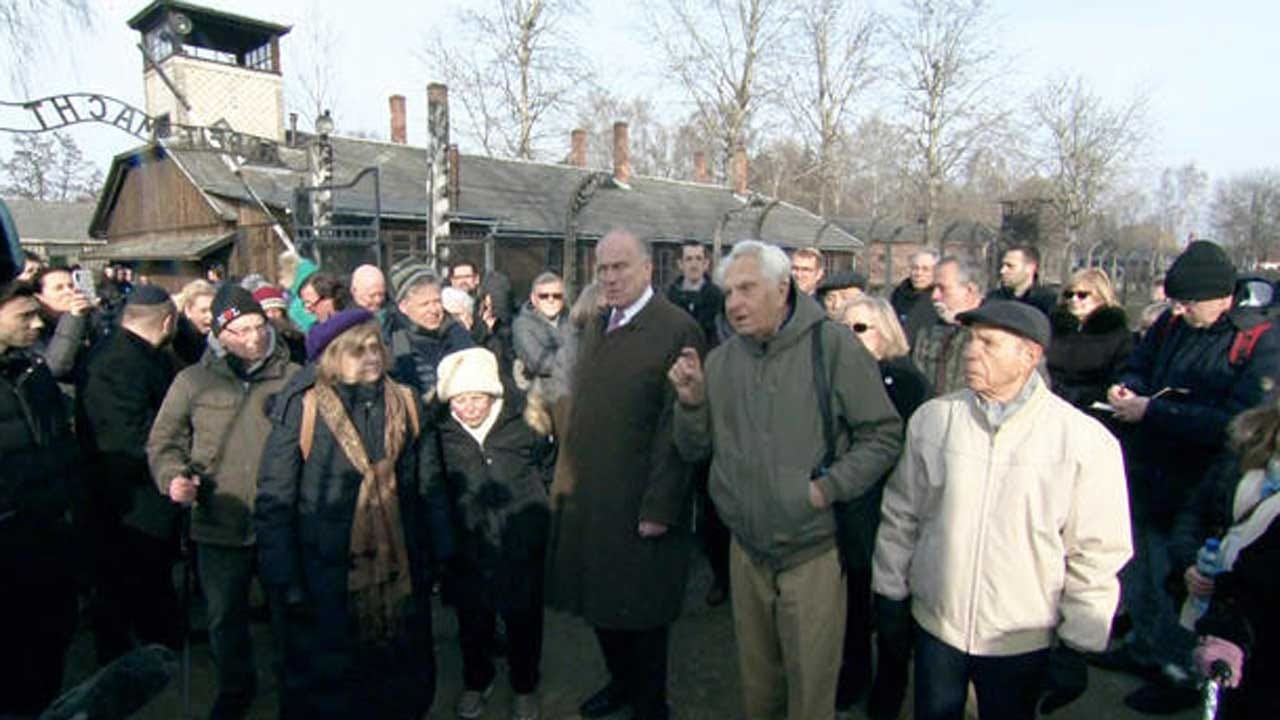 Monday marks 75 years since the liberation of the Auschwitz concentration camp in Poland. Auschwitz was not only the largest of the German regime's death camps, where more than a million people – 90 percent of them Jews – were murdered by the Nazis; it's become the center of Holocaust commemoration.

The Soviet Red Army liberated Auschwitz 75-years ago today, and took the pictures that forever etched its horrors in our minds. Now those images have been been colorized in a new History Channel documentary, "Auschwitz Untold." Some, though, don't need enhanced pictures to bring back their vivid, terrible memories.

Today, around 200 survivors are expected there – honored guests at a place where once they were sent to die. In their 90s now, they've come for a reason, and with a message.

"It should never happen again!" said David Marks. "No dictator should live 24 hours."

Marks is 91 now.  He was 16 when he was crammed into a cattle-car train and brought here from Hungary.

"You didn't speak to them about it?" asked correspondent Mark Phillips.

He didn't tell them of the watchtowers and the wire and the filth and the starvation. And he didn't tell them what happened during the horror of the selection process, when camp officers decided who might live for a while, and who would die.

Marks was separated from his father and younger brother; he never saw them again. "That same day, 35 members of my family were burned or cremated the same day, that Friday," he said.

Widowed 27 years ago, he is now engaged to marry Kathy this summer.  It was she who convinced him to return to Auschwitz – for closure, she said.

Phillips asked, "Are you concerned at the rise of anti-Semitic incidents that have occurred in the last few years?"

Seventy-five-years later, the survivors' numbers are dwindling. Few think they'll ever be back to this place. All that will be left is the wire, and the watch towers, and the ovens ... and their stories.