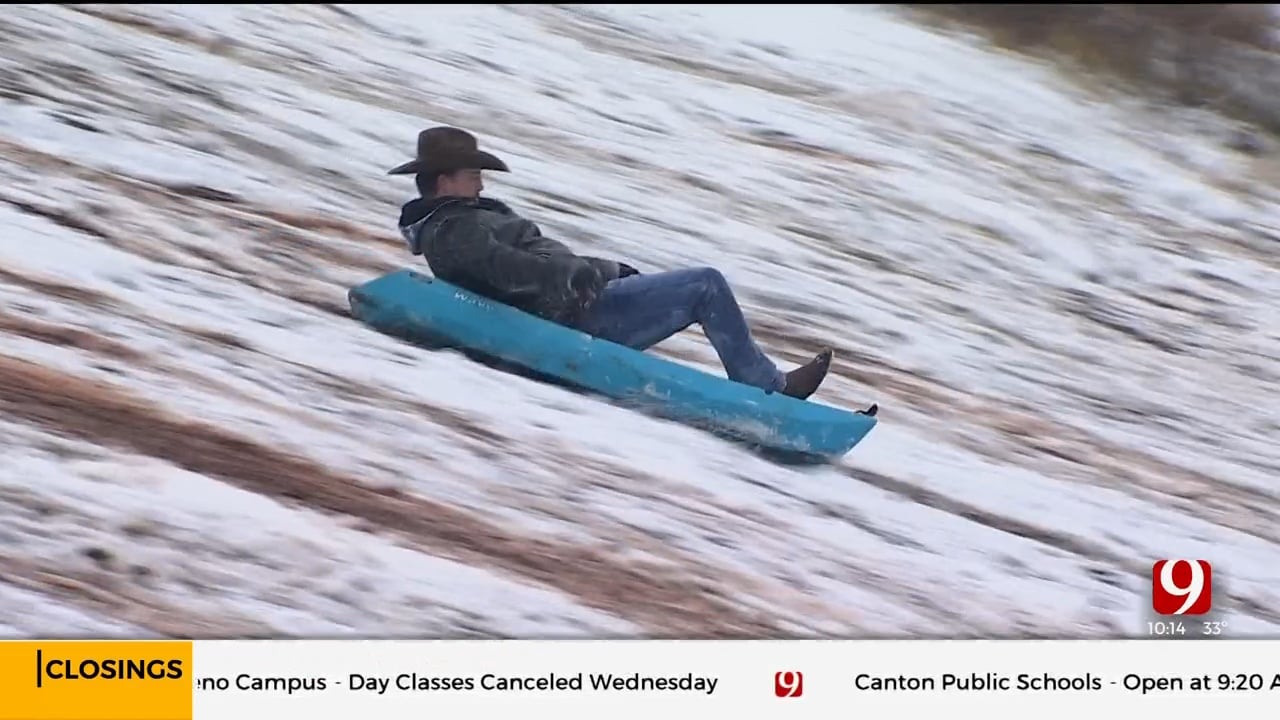 Life is all about what someone makes of it. Families in Oklahoma City used Tuesday’s snow to build memories with the people they love.

Christine Williamson lives just down the street from a park across Interstate 44. Several of the park's hills make it an excellent place for sledding.

“It’s his first time,” said Williamson, with her son Hendricks.

Hendricks needed no words to say how fun he had sledding at the park.

“I just got off work,” Williamson said. “I saw some kids going down, so I thought I’d bring him by.”

“Hopefully it snows a little bit more so we can keep going,” Nicklas said. “I’d rather enjoy it.”

Snow creates work, but it also offers a natural break. This spot has seen its share of snow days.

“I mean how could it not?” Krug said.

He used to bring his kids here when they were little.

People who didn’t have a sled used their creativity to enjoy snowfall. One person used a toilet seat.

Many parents used to sled down at the park when they were kids. Williamson created a foundation of memories she is sharing with a new generation.

“I started coming here about middle school so, it’s been a good time,” she said.

Not a bad way to spend a day when people take that old-school step and go outside and play.

“We don’t know if it will snow again,” Venessa Rivas said.