MLK Coalition Thanks OKC Police Officers For Response To Pursuit 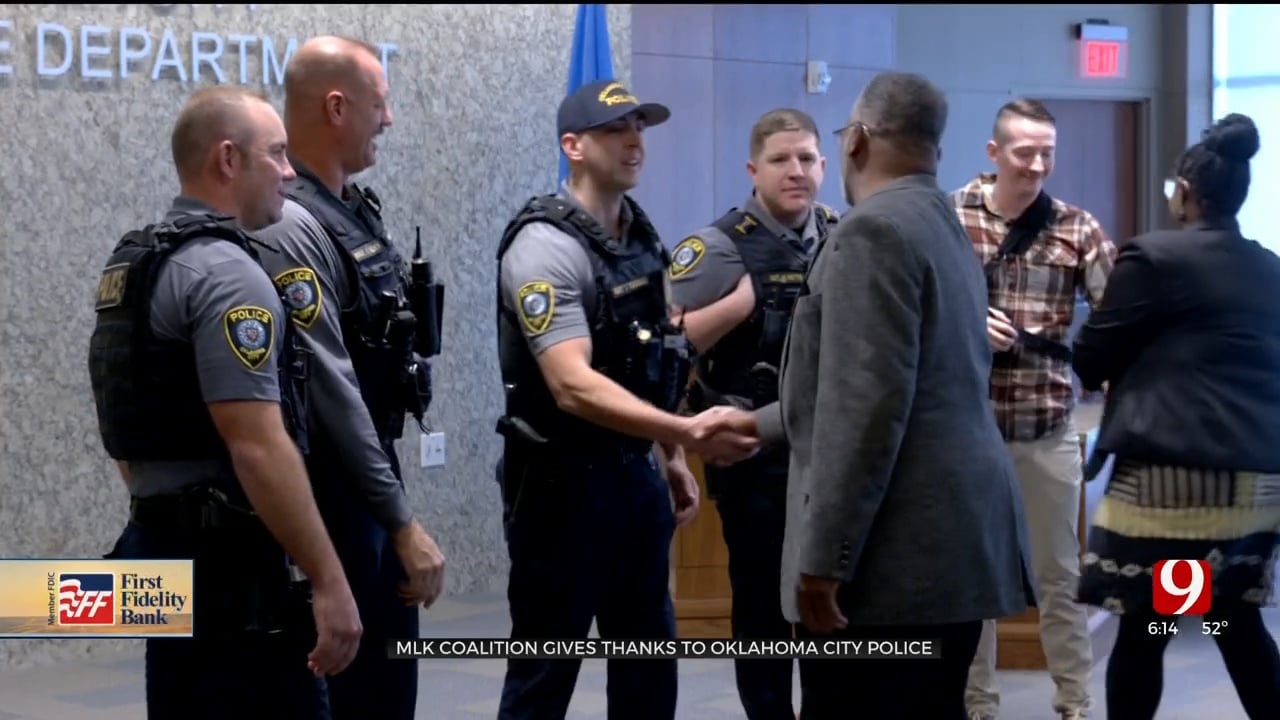 This year’s Martin Luther King Jr. Day parade was one of the biggest ever, but at one point there was the potential for things to go really bad.

As participants and spectators lined streets, most of them unaware of possible danger just blocks away.

With the crisis prevented and a successful parade the MLK coalition wanted to thank the officers for saving the day.

“That parade was full of men, women, and children of all races all walks of life and they were protected by the police department,” Jones said.

The parade committee wanted to meet the officers and thank them face to face.

“It means a lot to those officers that made those decisions and took the actions they did that day, it means a lot to them as well to know that they are appreciated by their community,” Oklahoma City Police Chief Wade Gourley said.

With recent racial divides with police officers, it was significant that the bridge be strengthened during a MLK event

it’s always good for police officers to be appreciated and it happens more than people realize.

“It occurs more in Oklahoma City than you see in other places we have a lot of support here,” Gourley said.

The police officers said they were just doing their job, but the coalition believes this act is much more than just a job.

MLK Coalition Thanks OKC Police Officers For Response To Pursuit