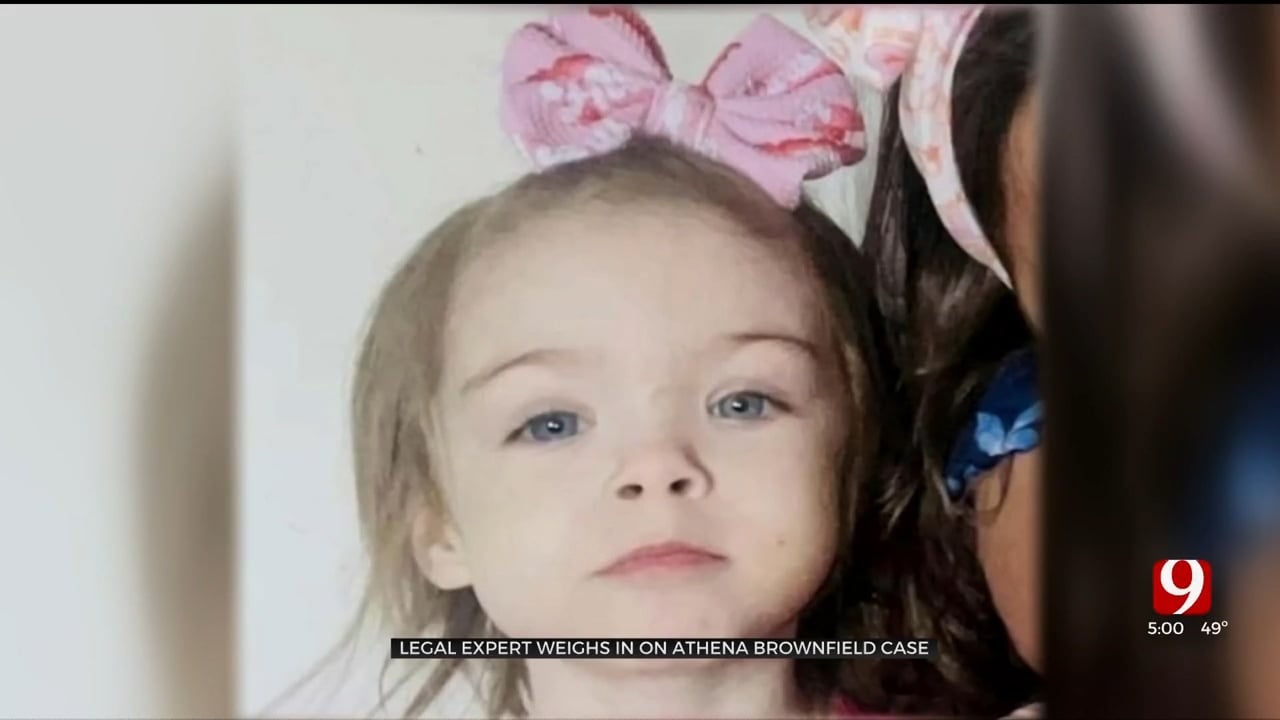 Ivon Adams is facing one count of child neglect and one count of first-degree murder. A legal expert said he doesn't expect the Caddo County district attorney to hold back on prosecuting this case based on details in court documents.

Authorities said two caretakers of Athena Brownfield are behind bars.

Ed Blau is a legal expert that has served as a criminal defense attorney and prosecutor for years. He's not associated with this case, but has been following it.

“Given the brutal nature of the crime, it would not be surprising if the DA chose to seek the death penalty against Mr. Adams,” Ed Blau said.

Ivon's wife, Alysia, is also facing charges of two counts of child neglect for Athena and her sister.

Blau said more charges could be added based on what she knows about Athena's alleged murder.

“If you're sentenced to prison you have to serve 85 percent of your sentence before you're eligible for release,” Blau said.

Child neglect is a much stricter sentence, then, if evidence shows, Alysia could be charged with accessory to murder or accessory after the fact.

“While it is a serious felony it is not an 85 percent crime meaning she would be eligible for parole after she would serve a third of her sentence,” Blau said.

As for the biological parents, based on the court documents this is more of a DHS concern than criminal.

“The biological mother is responsible for her children, however, in a case like this, it's more appropriate for DHS involved. Unless something else comes forward that the biological mom knew her kids were being abused by these individuals criminally, there's really nothing that could be done,” Blau said.