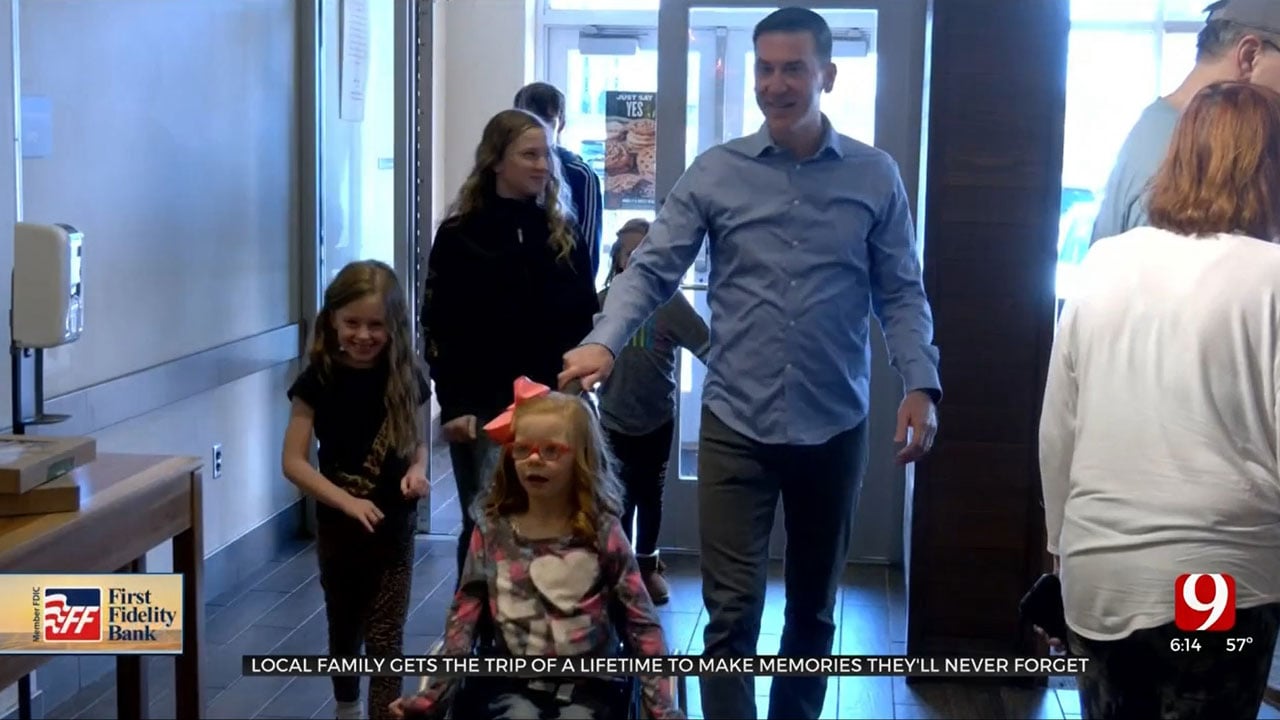 Baking Memories 4 Kids is a national nonprofit, so to come all the way to Oklahoma it has to be a big deal, and the big deal is 9-year-old Kate and her family.

The nonprofit was started after a life changing health scare to founder Frank Squeo.

“The cancer, by the time they realized what it was, it was already throughout my entire body going into my brain, it should have been on all of my organs,” Squeo said.

It was stage three Testicular cancer, and according to doctors, it was days away from spreading.

“We’re here today only because I was able to survive that cancer,” Squeo said.

With his survival came a new purpose for his life.

“I know this is the plan to help as many families as I can, while I’m here,” Squeo said.

He started the nonprofit, Baking Memories 4 Kids 10 years ago, and they have provided all-expense paid trips to Florida for over 265 families.

They sell cooking during the holiday season, and in addition to the money from the sales, they have also formed a partnership with some of the Panera Bread restaurants for customers to round up the cost of their purchases.

“Baking memories for kids sends very sick and terminally ill children on an all-expense paid trip to every single amusement park in the state of Florida for an entire week with their family,” Squeo said.

Families like the Tuckers. Heath and Randi have five children, they adopted Kate at birth, and doctors didn’t expect her to live past the age of two.

“She had open heart surgery in California, they fixed all the things with her heart and lungs. She had a stroke during the surgery and that’s what has left her in the wheelchair,” Heath Tucker, Kate’s father, said.

When the nonprofit heard about Kate and the Tuckers, they became obvious choices for the surprise trip.

“We’re going to put you on a plane, you guys are going to go to Disney World, Sea World, Universal Studios,” Squeo said.

Revealing to the Tucker kids the big news. The parents have been keeping the secret from everyone for about 7 months.

“He’s one, he’ll buy a gift and he won’t wait until Christmas, he’s like do you want to open it now,” Randi Tucker, Kate’s mom, said.