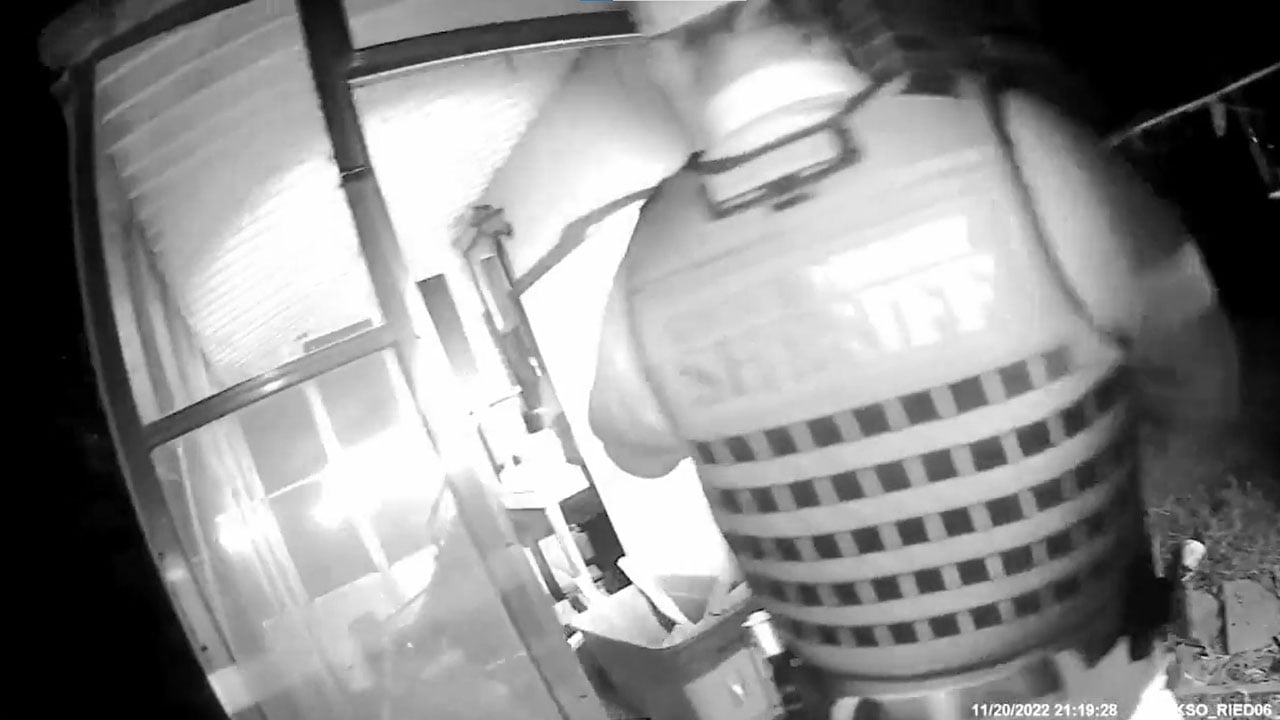 Bodycam video shows the horror Kingfisher County deputies encountered at a marijuana grow operation the night of a quadruple homicide.

The video shows officers as they arrive at the dire situation and look for the shooter across 10-acres, at night.

The initial 911 calls came from hushed voices that spoke only a little English. They asked for police, an ambulance, one even said there was a fire at one point. Anything to get help to the Lacey Grow Farm.

"While enroute it was told it was not just a hostage but an armed robbery situation," Kingfisher County Sheriff Dennis Banther said.

According to court documents the robber, Wu Chen, demanded $300,000 in 30 minutes or he'd kill everyone. Then, another 911 call came in and deputies then knew they headed to a shooting. The first person they encountered was the property owner, Wifei Lin, on the floorboards of a truck with a gunshot wound to his stomach.

Deputies called a chopper for Lin who was flown to a metro hospital. They then went to look for the others and walked into the garage.

There deputies found three men and one woman shot to death. Without knowing where the shooter was and without even moonlight to help, Kingfisher County deputies began to comb through the 10-acre grow farm.

"With tall brush, over 80 outbuildings and they're there trying to secure a scene for anyone else to come in," Banther explained. He added, " All senses firing on all cylinders. You can hear the heavy breathing from the adrenaline."

Witnesses, who hid for their lives, spotted Wu Chen who worked at the farm a year ago. Police tracked Chen as he fled the state via gas station transactions and caught him in Miami Dade County two days after the massacre.

"To me, it seems like you wouldn't drive from northwest of Hennessey Oklahoma to Miami in 30 hours if you didn't have the realm or the reasoning that you were going to leave our country," Banther said.

The Oklahoma Bureau of Narcotics is still working to determine the legality of the grow license. Banther said the property owner is out of the hospital. Wifei Lin could potentially face drug manufacturing and trafficking charges along with fraud.