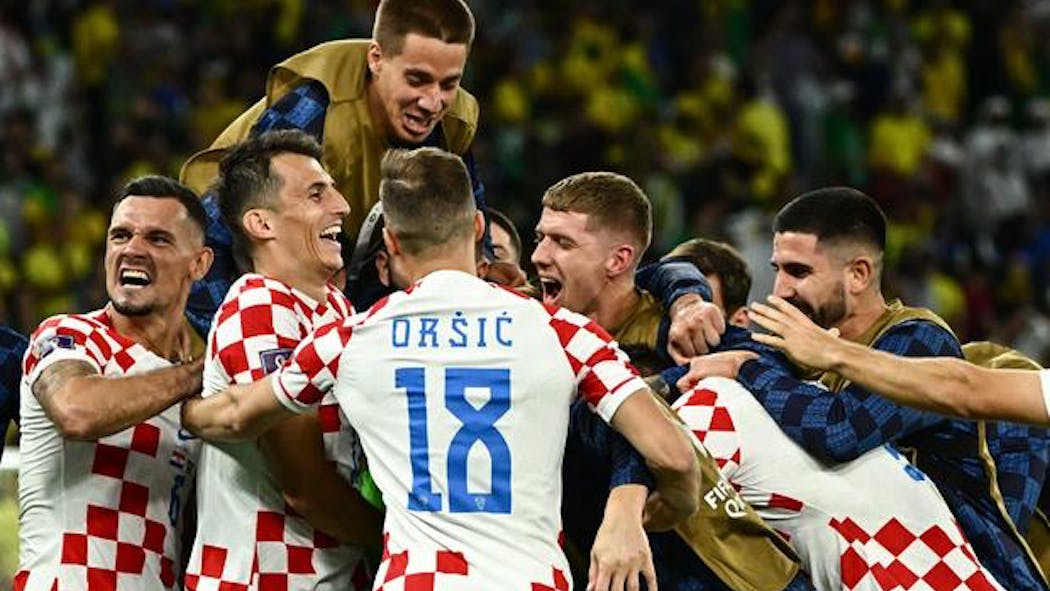 Croatia knocked Brazil out of the World Cup on Friday, beating the five-time champions 4-2 in a penalty shootout to reach the semifinals for the second straight time.

The had match finished 1-1 after extra time, with both goals coming in the additional 30 minutes. Neymar scored late in the first half of extra time to give Brazil the lead, but Croatia equalized when Bruno Petkovic scored in the 117th.

Neymar's goal moved him into a tie with Pelé as Brazil's all-time leading scorer with 77 goals.

Croatia will next face either Argentina or the Netherlands to try to return to the World Cup final four years after losing the title to France.

Five of Croatia's last six matches at World Cups have gone to extra time, including in its penalty shootout win over Japan in the round of 16 in Qatar. The team has been successful in eight of its last 10 knockout matches at the tournament.

Brazil was trying to return to the semifinals for the first time since 2014. The team hadn't made it to the last four since hosting the tournament eight years ago, when the Selecao was embarrassed by Germany 7-1.

Brazil was trying to defeat a European opponent in the knockout stage of the World Cup for the first time since the 2002 final against Germany, when the team won for the last time.