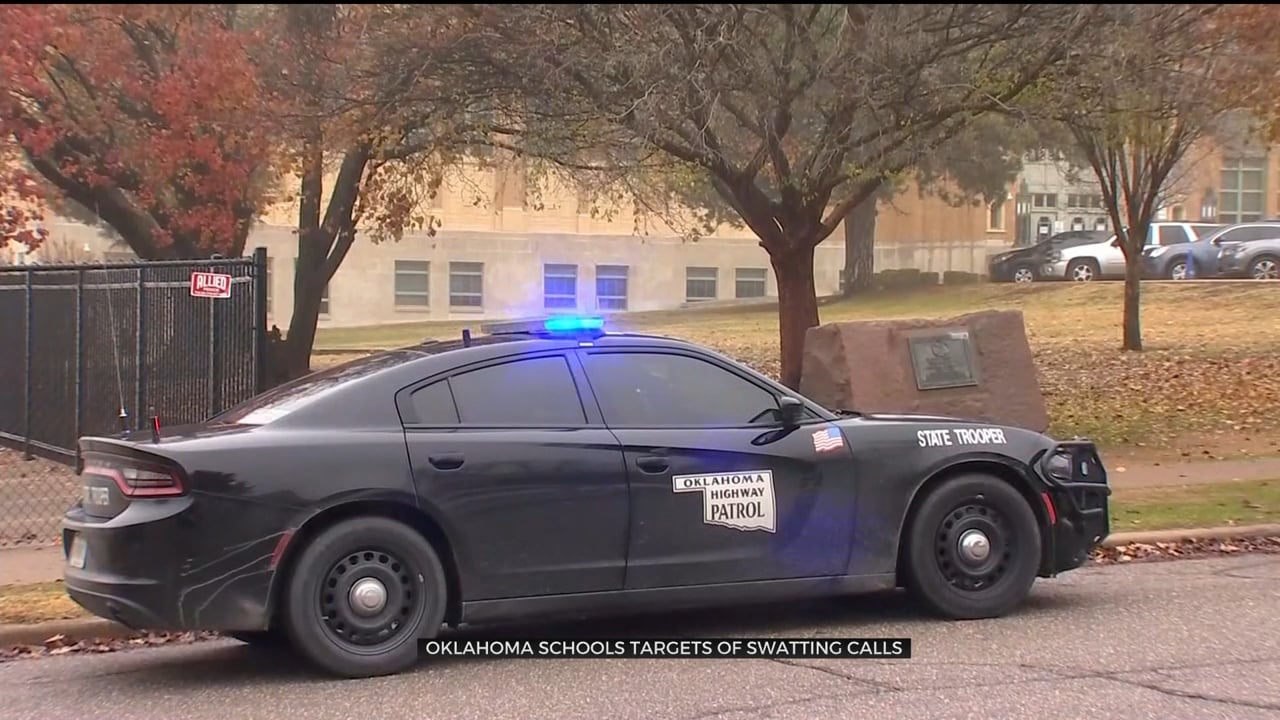 Law enforcement was on high alert Thursday after several 911 calls came in making false claims of active shooters at schools statewide. The origins are still under investigation.

The Oklahoma Highway Patrol told News 9 when they get these calls they respond with urgency.

All troopers have received active shooter training, something they saw come in handy as several agencies responded to schools across the state.

“We had troopers that responded today that were off duty, they hear it, they’re going,” Trooper Eric Foster with the Oklahoma Highway Patrol said.

Law enforcement acted quickly only to find out the calls weren’t credible after getting on scene and investigating.

“These swatting calls are not minor; they are major because it traumatizes the parents, and it traumatizes the children. We have a large law enforcement response that comes out not knowing what situation they are getting into,” Clinton Johnson, the U.S. Attorney Northern District Of Oklahoma, said.

“We are training all law enforcement across the state to respond the same way and to work together and situations like what happened today [Thursday] really amplify and show how seamlessly and effective we can be together as the same team,” Foster said.

“My office, the highway patrol, FBI and all of our federal and local offices take this extremely seriously,” Johnson said.

Law enforcement hoped the response on Thursday sent a clear message to Oklahomans, they are ready to respond at any time.

“We are coming aggressively when a threat comes in. It doesn’t matter if in hindsight it comes out to be not credible,” Foster said.

OHP said it is always better to be safe than sorry and encourages everyone to report any suspicious activity.