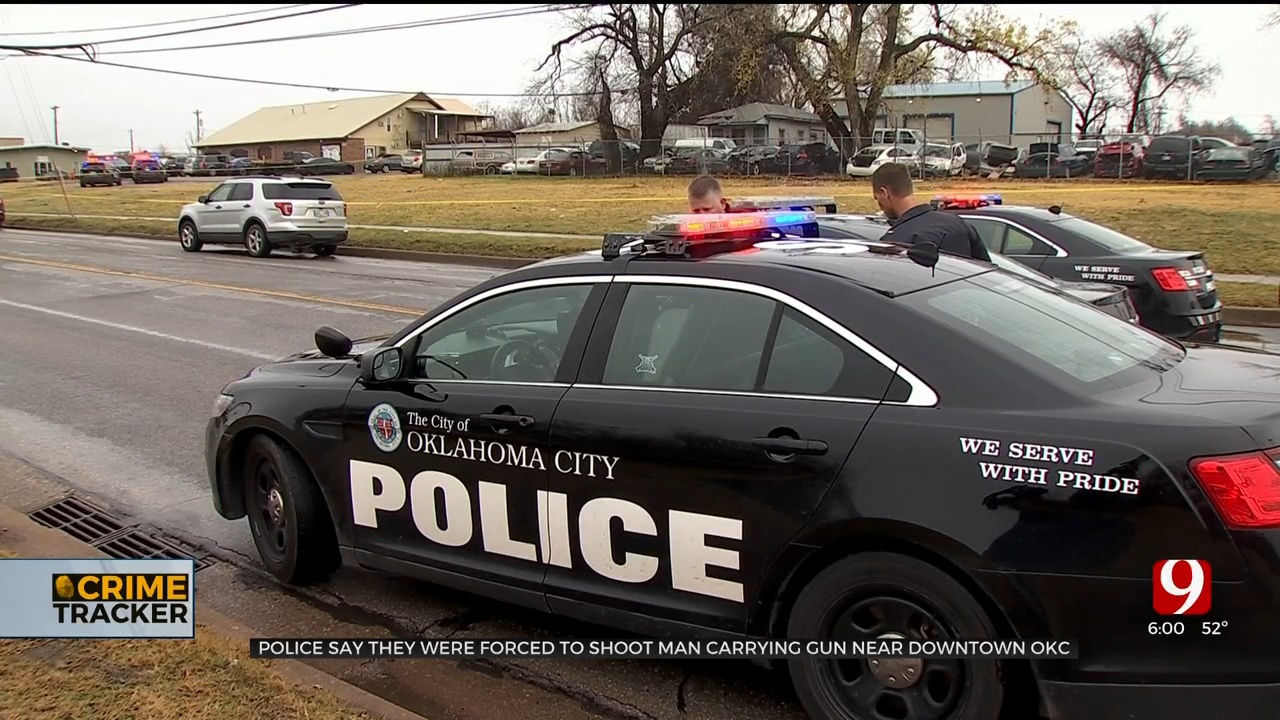 A man was sent to a local hospital on Thursday following an officer-involved shooting near downtown Oklahoma City. The suspect was accused of pointing a gun at someone and threatening officers.

Police said a frightened citizen flagged down an officer after witnessing the suspect point a gun at them near Main Street and Pennsylvania Avenue. The call around 10 a.m. prompted a large police presence.

Officers confronted the armed man near the parking lot of the Hispanic American mission building on the corner of northwest 3rd street and Pennsylvania Avenue. They first tried to de-escalate the situation by talking to the suspect.

“We did have one officer with a less-lethal who was able to use the less-lethal that did strike the suspect,” said Capt. Valerie Littlejohn, Oklahoma City Police Department. “When he was struck by the less-lethal round he immediately made a threatening movement.”

When the beanbag shotgun did not work, police said four officers fired at the man near parked cars. Their bullets hit the suspect and shattered car windows, turning the parking lot into a crime scene.

“Officers rendered aid at the scene,” said Littlejohn. “He was transported to an area hospital with a non-life threatening injury.”

Police have not released the suspect's name or why he was allegedly pointing a gun at people. Officers did detain several people for witness statements.

“We obviously want to talk to and get everyone’s story on what they saw or heard,” said Littlejohn. “That way we can have all the information needed to do the investigation.”

The four officers were placed on routine leave. They will stay on leave throughout the investigation.