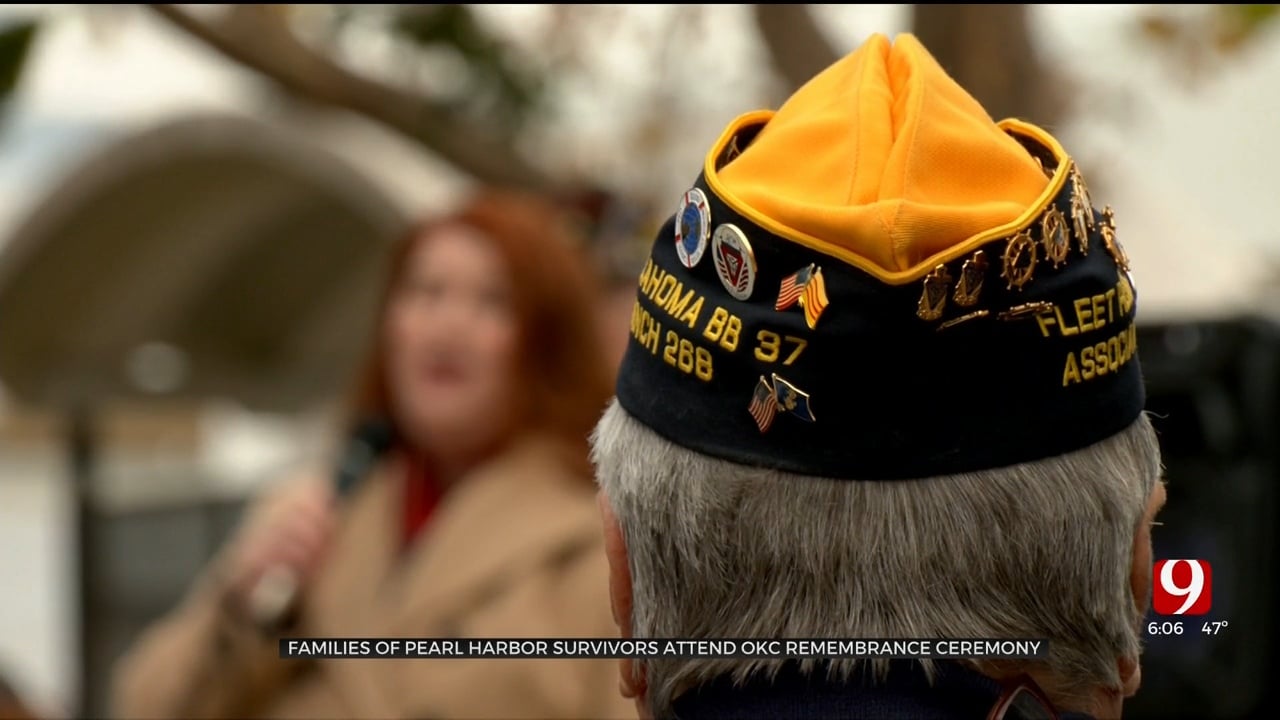 Families of Pearl Harbor survivors gathered Wednesday with veterans, members of the JROTC and the community to honor the lives lost during the attack 81 years ago.

A Japanese aircraft attacked Pearl Harbor on Dec. 7, 1941, killing 2,403 Americans, including 2,008 sailors, 218 soldiers, 109 Marines and 68 civilians. Among the casualties were 429 sailors and Marines aboard the U.S.S. Oklahoma, which sank during the surprise attack.

On Wednesday, Moore VFW Post 8706 held a ceremony at the anchor of the U.S.S. Oklahoma in Oklahoma City to mark exactly 81 years since the attack that propelled the U.S. into World War II. The ceremony featured guest speaker Capt. John Keilty, singer Paige Perry, a wreath presentation by Roll to Wreaths Riders 4 Vets, a firing detail from American Legion Post 73 in Del City, and a bugler from the 145th Army Band.

Several families of Pearl Harbor survivors were also in attendance, including Cindy Standridge, daughter of Art Gruber, who was in the U.S.S. Tennessee in Pearl Harbor when the attack happened.

"He went to his battle station thinking that it was a drill. And when the Arizona blew up, he was blown clear across the fire room," Standridge said.

Standridge's father survived the attack and vividly remembered the many who didn't.

"One of the saddest experiences he had in his whole life was when the Oklahoma capsized and they tried to cut the hull so that they could get the men out," Standridge said. "And the welders were there. They had cutting torches and they tried everything to get those men out. But they couldn't and they could hear the men pounding the sides of the ship trying to let them locate where they were."

Standridge said her family has been attending the Pearl Harbor remembrance ceremony for 50 years. They are continuing the tradition, even though Gruber recently passed away.

"It's too bad grandpa can't be here," Jason Gruber, grandson of Art Gruber, said. "He would have loved to see this and would have appreciated the support."

About Your Retirement: How To Protect Yourself From Respiratory Illness