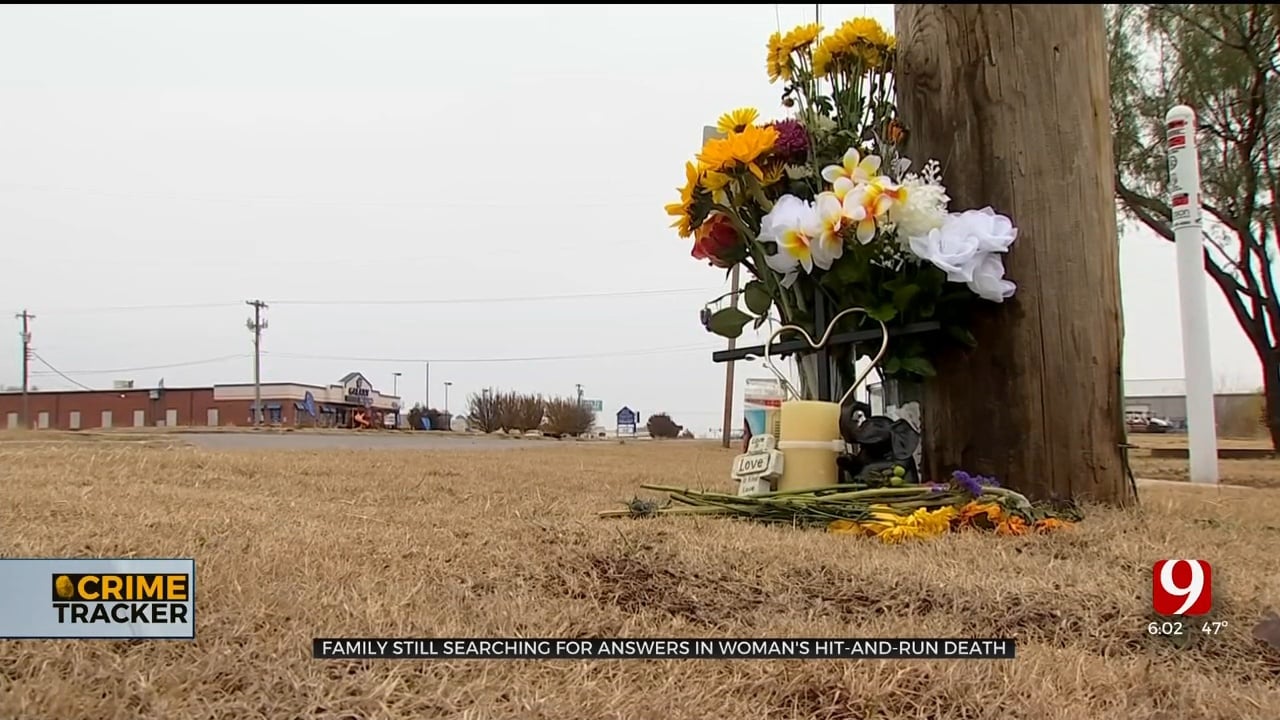 The family of a woman killed in a hit-and-run last month in southwest Oklahoma City is calling for justice.

Police have not made an arrest in the crash that took the life of 43-year-old LaTonya Dean and her dog near West Reno and Meridian Avenue.

Dean’s relatives made flyers to help the police investigation. The flyers detailed the suspect’s truck, and the family has plans to hand out the pictures in the busy area where Dean’s life ended.

Dean made the city her mission field, according to relatives.

“Every time I seen her, she was on a mission,” said Santori Dean, victim’s son. “That’s what she would tell me, a mission for God.”

Dean said his mother ministered to the unsheltered. He said she made lives better with her presence.

“She brought joy in the room. Any room she went into,” said Dean. “You could be having bad day. She’s going to make your day.”

Dean now is left with memories of his mother.

Dean was walking with her bike and dog on West Reno last month when the driver of a black truck hit her and the dog, killing them.

“The truck turned south on Vermont and fled the scene,” Msgt. Gary Knight with the Oklahoma City Police Department said. “There were pieces of the vehicle left behind.”

The pieces left behind were two emblems from a newer model, black Chevy Colorado Z71 truck.

“There will be significant front-end damage to the vehicle,” Knight said.

The suspect's truck was also caught on security video.

“I mean he was speeding past a car in the video,” Shavonne Williams, the victim’s cousin, said. “Like that car saw him. There’s a person standing in the parking lot.”

The victim's family wants the driver to come forward or witnesses to help identify the person.

“I mean no justice will ever bring her back,” Williams said. “It’s just, make it right, you know? Just come forth and say I did it and I’m sorry.”

Citizens with information that could help the case can call the Crime Stoppers tip line at 405- 235-7300.

About Your Retirement: How To Protect Yourself From Respiratory Illness