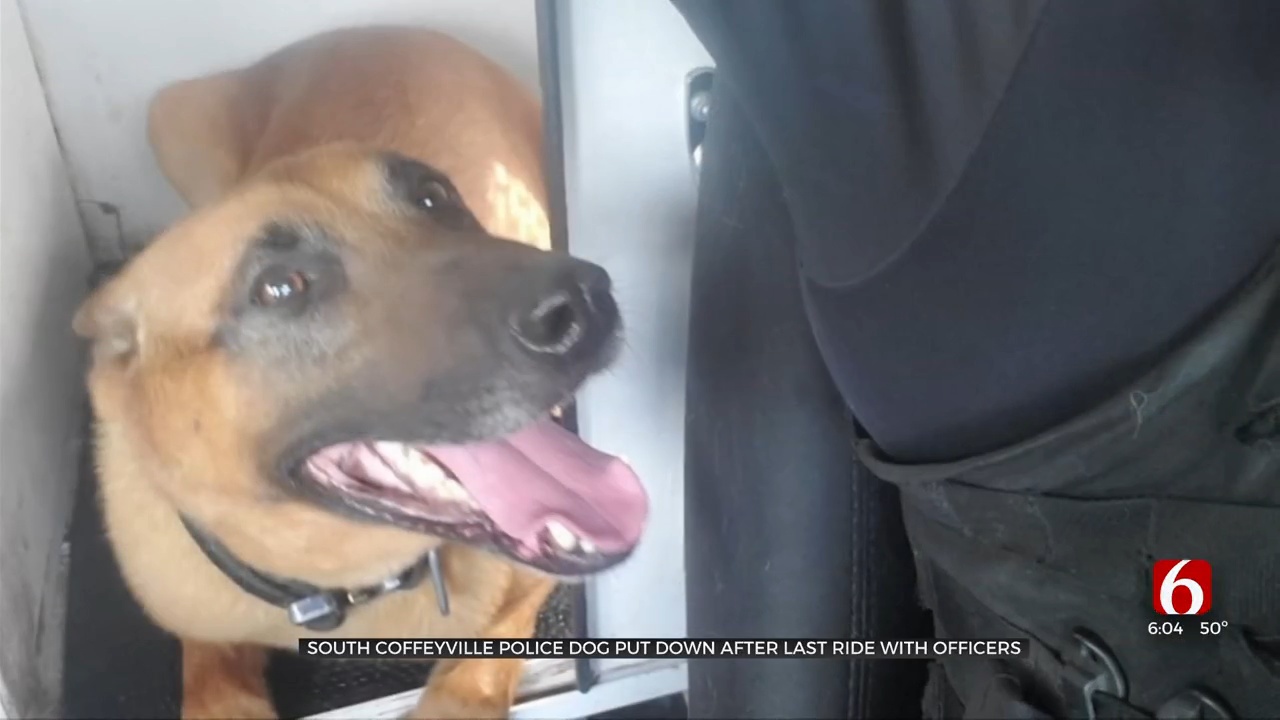 The South Coffeyville Police Department said goodbye to one of its own on Wednesday. K-9 Taz had to be put down following an illness.

It was a tough day for the department, especially for Taz's former handler, Sheldon Rivers.

Rivers said Taz was his first dog as a handler when the department got him in 2018. He said the bond they shared was unlike any other.

"There's a trust that you gain and he gained with you, that no matter what he's going to be right there," said Rivers.

Unfortunately, Taz's health took an unexpected turn for the worse, leading the department to decide to lay him to rest.

Officer David Call, who had been with Taz for the last year, said the K-9 was only seven years old.

"I don't have a clue yet what I'll say, I don't, probably more tears than anything," Call said.

All of the officers that knew and worked with Taz can all agree on one thing: that losing him will leave a big hole in the community.

That's why flags were placed along the road where Taz took his final ride, escorted by several agencies.

"He's protected this community and I think a lot of them have realized that and they've really been supportive. So hopefully we can send out Taz with a positive note and with the respect he's earned because he's definitely earned it,” said Rivers.

He said Taz will be missed greatly. "I am forever grateful for him, best partner I could have asked for," Rivers said.

Taz would have been eight years old next month.