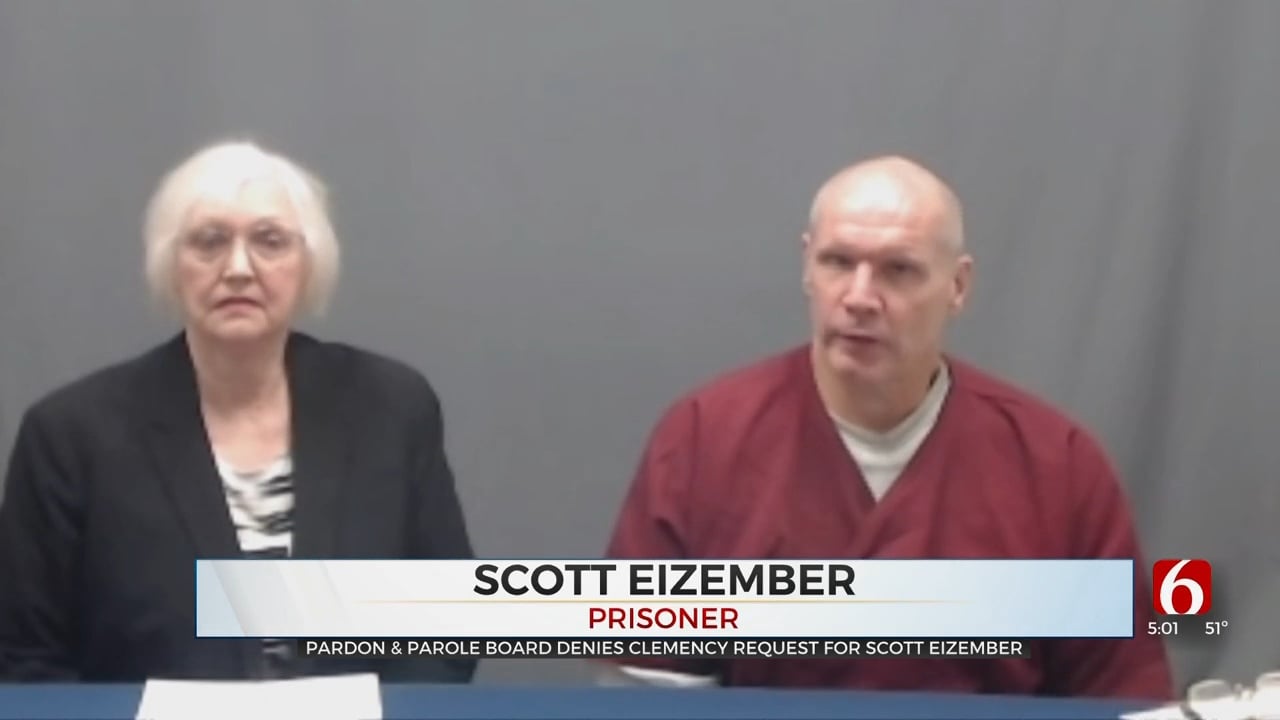 A convicted killer will be put to death for his crimes after the Pardon and Parole Board denied his clemency on Wednesday.

Scott Eizember has been on death row for nearly 20 years after he was convicted of killing A.J. and Patsy Cantrell after they found him inside their Depew home, spying on his ex-girlfriend.

He was then the subject of a 37-day manhunt that eventually ended in Texas after Eizember took an Arkansas couple hostage.

Oklahoma’s Pardon and Parole Board denied clemency for condemned inmate Scott Eizember, in a quick vote after several hours of testimony from his attorneys, victims, and state prosecutors. The vote was 3-2.

Representatives from the Oklahoma Attorney General’s office went over the month of violent crimes that resulted in sentences of life without parole and death.

One of his surviving victims discounted his apology. Kathryn Smith said It didn't mean anything. "He did not, there was no feeling behind that and it's amazing that after 19 years that's the only time he's claimed any kind of responsibility.”

Debra Wyatt, the daughter of Patsy and A.J. Cantrell, who Eizember murdered, said the vote gave her some relief.

“Today was different, today felt different. But now I feel like, I didn't sleep all night, but I feel like I can get a good night's sleep now,” Wyatt said. She plans to witness the execution, now set for January 12.