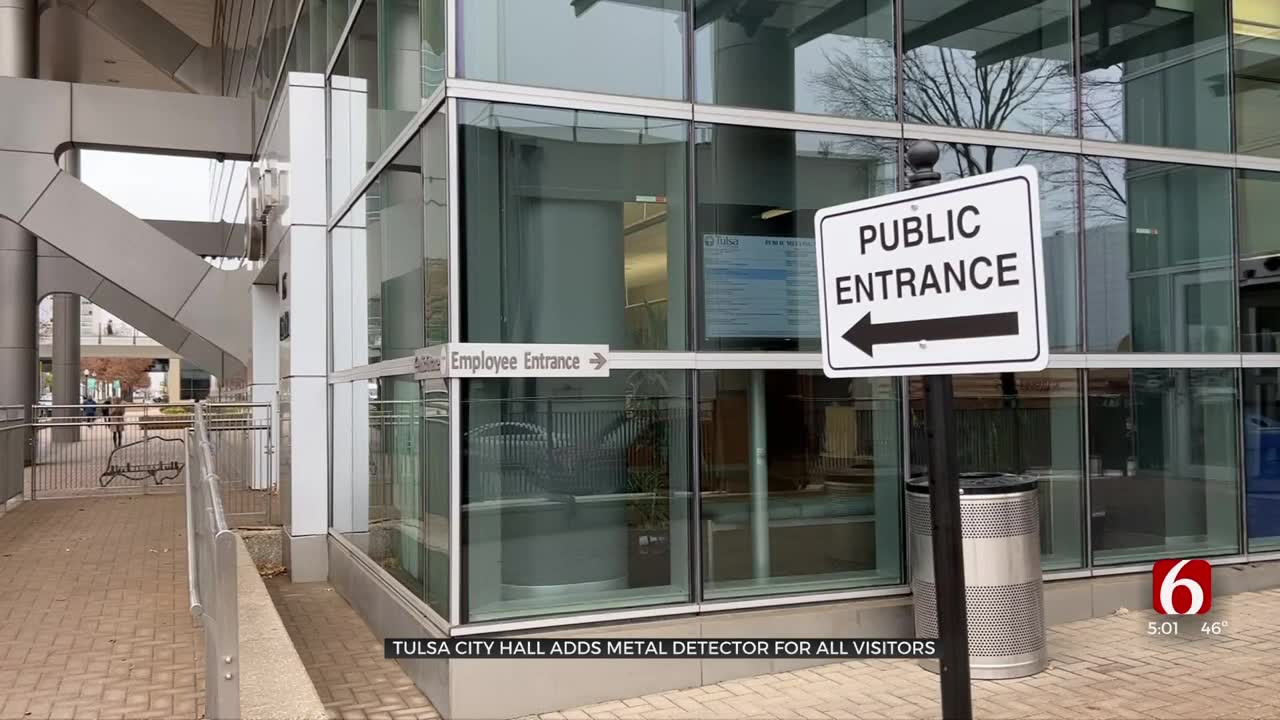 Visitors to Tulsa’s City Hall will soon all be scanned for weapons, as part of a $100,000 security upgrade.

Security guards now check identification on visitors, but don’t scan them. However, early next year all visitors will walk through a magnetometer to ensure they don’t carry weapons.

City Security Chief Mark Weston said the upgrades reflect general concerns about security and no single incident, but he noted at the current checkpoint, “we've had people come in with firearms and large knives and other offensive weapons we just don't allow in the building.”

Most government buildings have long had controlled access, while Tulsa's City Hall was relatively open, with unrestricted access to services on the first floor. Access to upper floors is controlled by security services.

With the new setup, visitors will go through a metal detector just inside the front door. Now, that only happens further inside the building, outside the City Council Chamber.

Employees in the building will still be able to enter without screening through a separate entrance.

The City also eliminated parking along one side of the building, and expanded the sidewalk, to create space for protests outside City Hall so the entrance isn't blocked.