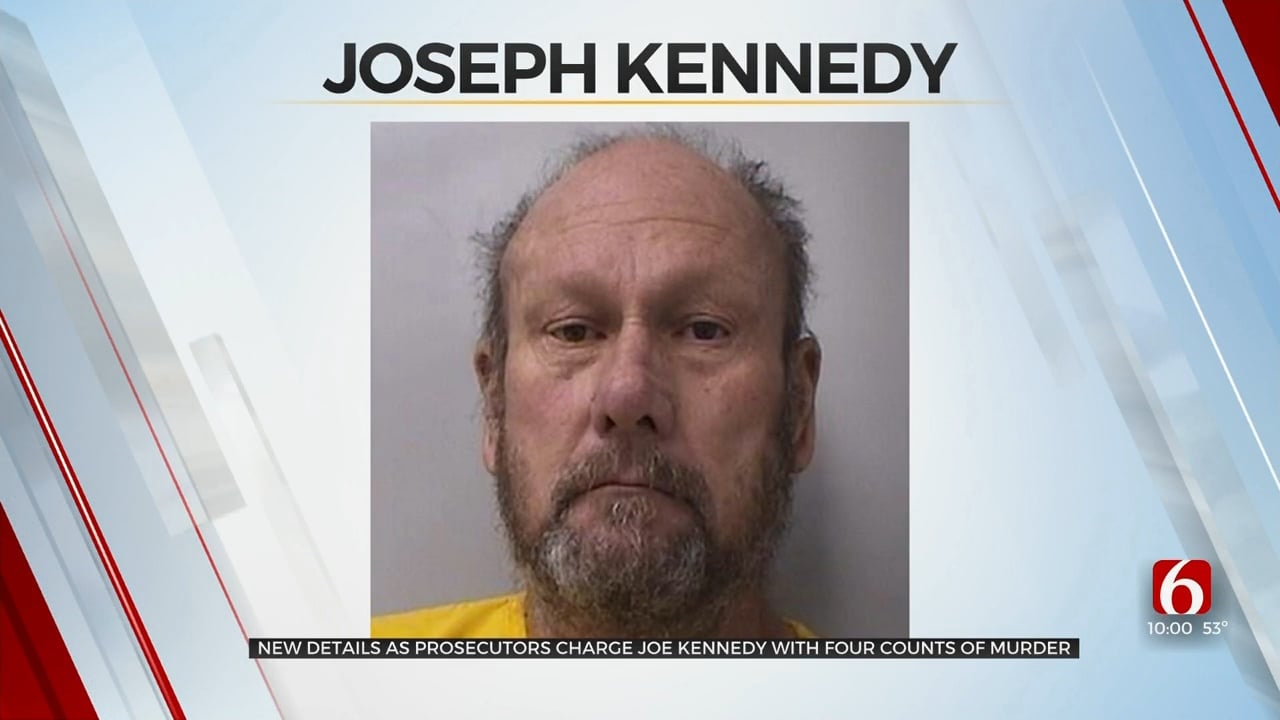 An Okmulgee scrap yard owner is in jail with no bond and charged with murdering and dismembering four people in October.

Joseph Lloyd Kennedy II, 67, has been a person of interest in this case almost from the beginning, when investigators said blood and items belonging to the victims were found in a lot next to his scrap yard.

Prosecutors said it took a while to charge Kennedy in the death of Mark and Billy Chastain, Mike Sparks, and Alex Stephens because the investigation was complicated.

Kennedy drove to a girlfriend's house out of town and tried to give her son a bicycle, but investigators said that bike actually belonged to one of the murder victims.  Police said six days after the murder, he went back to her house and told the woman he'd killed the victims and cut them up because he believed they were stealing from him.

"She reported that he was very agitated and told her that he was leaving, and she would never see him again," said Carol Iski, Okmulgee Co. DA.

They said he also told the woman he'd killed the victims and cut them up because he believed they were stealing from him.

"He told her they were all against him and he lost it and he just started shooting. She said he told her after he shot them that he cut them up," said Iski.

Court documents also said all four victims had been cut at the waist and one of them was missing his arms as well.

They also found a pair of broken dentures, a broken wagon along with blood and other items in the lot next to the scrap yard. They said when Kennedy was arrested in Florida, one of his shoes had blood on it.

They said one of the victims' cell phones pinged not only at Kennedy's scrap yard, but, later at a gas station, where Kennedy was on camera getting gas and finally at another property owned by Kennedy.

Prosecutors said a lot of rumors have been swirling about this case, but they have to base it on facts and evidence alone.

Police said at the lot near Kennedy's scrap yard, they also found a bullet in a tree they recovered as well as shell casings.

The DA told News On 6 they found no evidence that Kennedy had any help committing the murders.