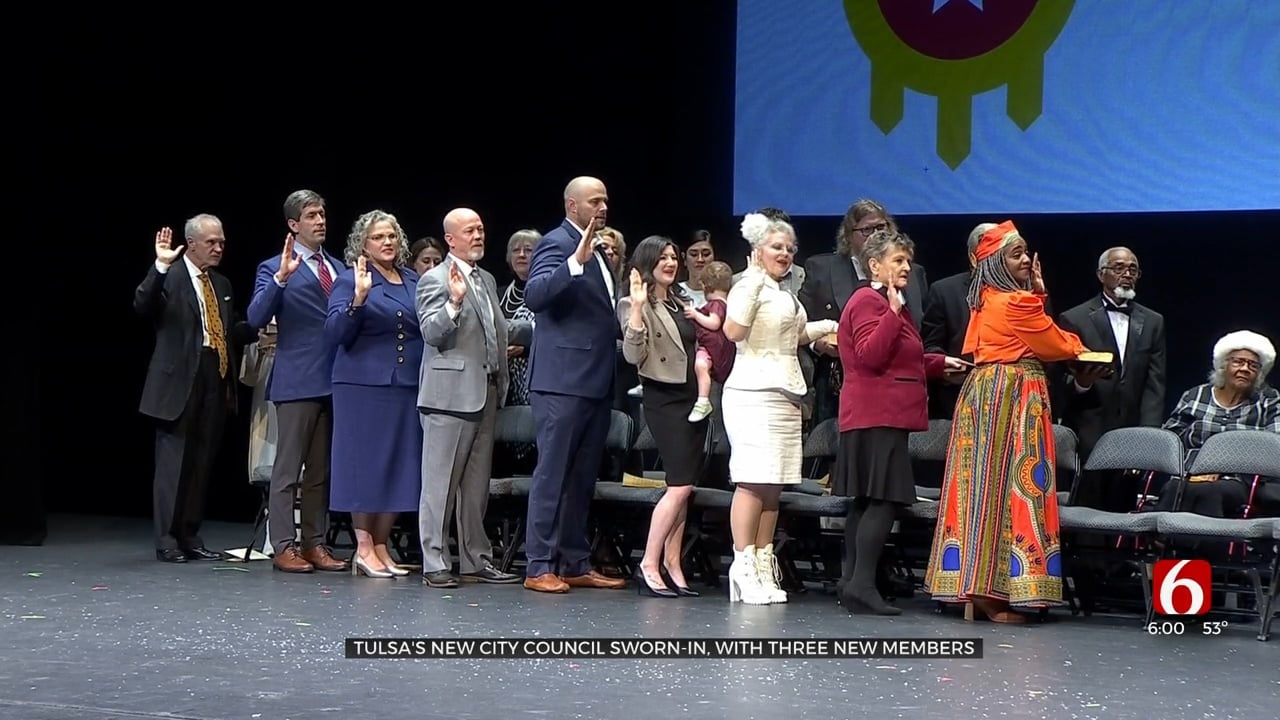 Nine councilors and the City Auditor, Cathy Carter, took the oath of office in a ceremony with Municipal Court Judge Lisa Deller presiding.

Six of the City Councilors are incumbents, and three are serving their initial terms. Two, Christian Bengel and Grant Miller unseated incumbents in the election, while Laura Bellis ran for an empty seat and won in District 4.

Miller’s election was only confirmed last week, after a court hearing on irregularities and a recount.

Mayor G.T. Bynum, who is midway through his second term, spoke about how over his years at City Hall, he’s seen a common trait in people running for office – a love for Tulsa, and a desire to improve the city.