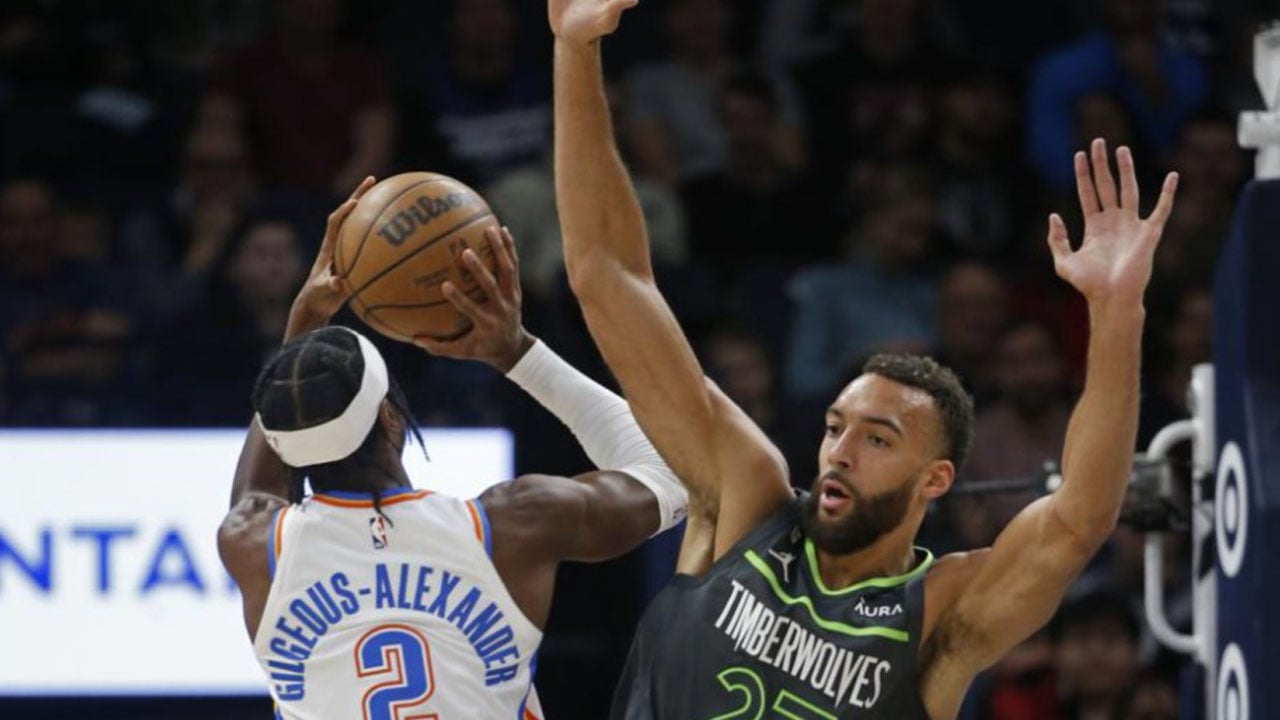 Shai Gilgeous-Alexander scored 33 points in his return to action and the Oklahoma City Thunder took advantage of Rudy Gobert’s early ejection to post a chippy 135-128 win over the Minnesota Timberwolves on Saturday night.

The teams were called for a combined eight technical fouls.

Gilgeous-Alexander, the NBA’s third-leading scorer with a 31-point average, sat out one game earlier this week with a bruised hip. But he had no trouble getting physical against Minnesota, making 10 of 17 shots and all 12 of his free throws.

Tensions flared in the second quarter when Gobert was ejected for tripping Kenrich Williams. The two got tangled up on the ground after both fell as Williams made a layup with 9:22 remaining in the quarter.

As Williams attempted to get up, Gobert lifted up his right foot and tripped the Thunder forward. Gobert was called for a flagrant-2 foul while Williams received a technical.

Minus their center, the Timberwolves allowed the Thunder to shoot 51.6% from the field and score 66 points in the paint. The Timberwolves were also without Karl-Anthony Towns, who remains out with a calf strain.