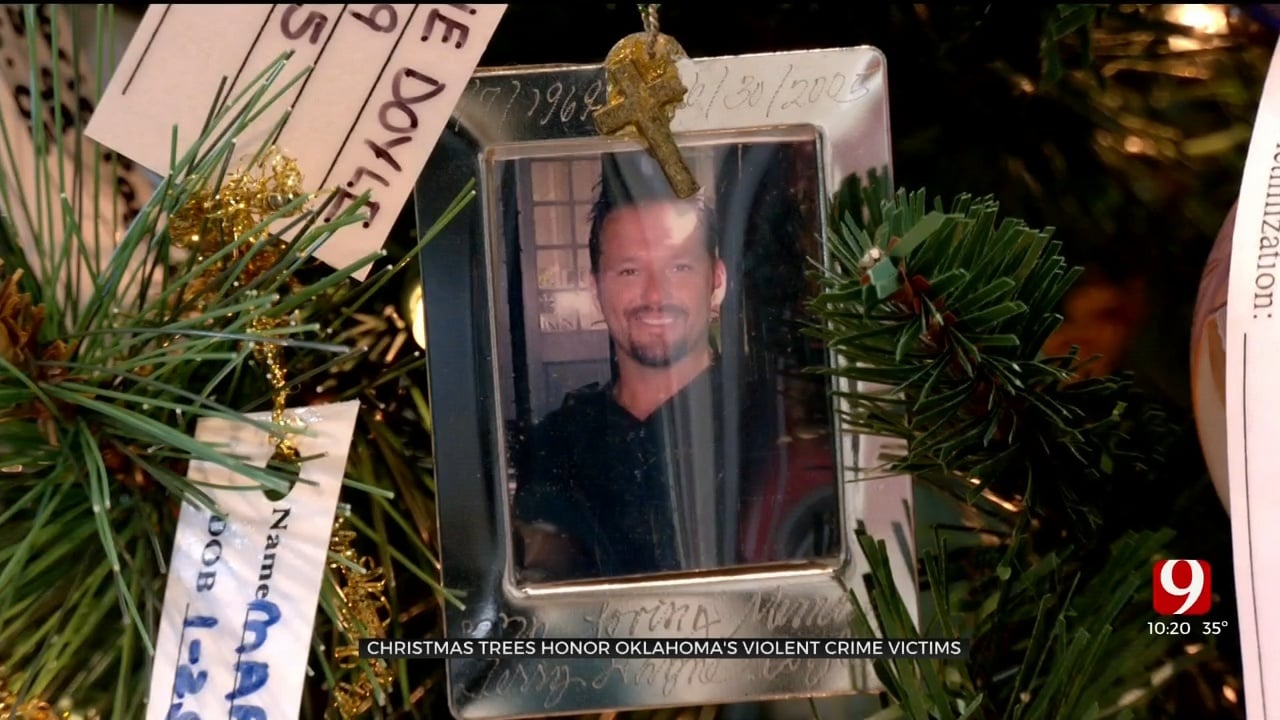 Victims of violent crimes are being honored and remembered this holiday season.

13 Christmas trees are now at the Oklahoma History Center, with each one decorated by families and survivors.

Since 1995 the group has hosted a Tree of Honor and Remembrance Ceremony, for those who have lost loved ones or been affected by crime.

Tonia Byers has been a part of this ceremony for decades.

"I first became a part of the ceremony because I am a victim of child sexual assault," Byers said.

Byers read a poem during the ceremony which she said helps to encompass the agony that can be felt missing a loved one during the holidays.

"I'm sure most of us can agree this is a club that we never wanted to be a part of," Byers said.

Other advocates also joined in, including Amy Kingry, the founder of the Victim's Innocence Project.

"Barry Van Treese... today would have been his 80th birthday," Kingry said. "His is one of the cases we have been following and speaking out against as Richard Glossip's clemency hearing is coming up."

As they support victims' families, the Victim's Innocence Project are also hoping more Oklahomans learn that this community is available.

"We just try to be a voice for those family members that are struggling," Kingry said.

More than 1,400 ornaments each with names, photos and dates, including photos of Tonia Byers' daughter and granddaughter.

"The past five years has been a little different, because I lost my daughter and granddaughter to a negligent car crash," Byers said. "I know when you have lost a loved one, especially a daughter, it can feel very dark, but I am a firm believer that no matter how dark it is there will always be a light and you have to keep fighting for the light."

The Oklahoma Crime Victims Compensation Program invites all Oklahomans to not only come out and visit the trees, but if you know of someone who is a victim of a violent crime, reach out to be a part of the event.