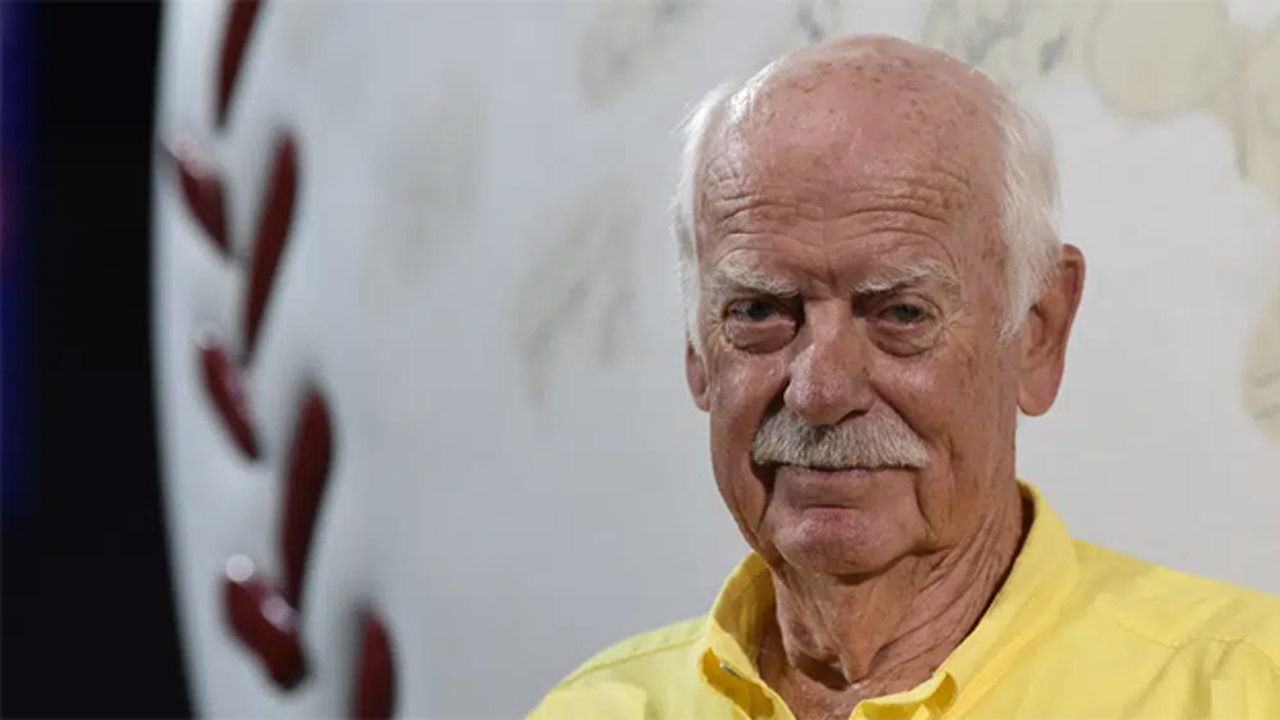 Baseball Hall of Famer and two-time Cy Young Award winner Gaylord Perry, a master of the spitball who wrote a book about using pitch, died Thursday. He was 84.

Perry died at his home in Gaffney at about 5 a.m. Thursday of natural causes, Cherokee County Coroner Dennis Fowler said. He did not provide additional details. The native of Williamston, North Carolina, made history as the first player to win the Cy Young in both leagues, with Cleveland in 1972 and San Diego in 1978 just after turning 40.

Perry went 24-16 in his debut season with Cleveland after 10 years with the San Francisco Giants. He was 21-6 in his first season with the Padres in 1978 for his third and final 20-win season.

“Before I won my second Cy Young I thought I was too old — I didn’t think the writers would vote for me,” Perry said in an article on the National Baseball Hall of Fame website. “But they voted on my performance, so I won it.”

He had a career record of 314-255, finished with 3,554 strikeouts, and used a pitching style where he doctored baseballs or made batters believe he was doctoring them.

His 1974 autobiography was titled “Me and the Spitter,” and he wrote it in that when he started in 1962 he was the “11th man on an 11-man pitching staff” for the Giants. He needed an edge and learned the spitball from San Francisco teammate Bob Shaw.

Perry said he first threw it in May 1964 against the New York Mets, pitched 10 innings without giving up a run, and soon after entered the Giants’ starting rotation.

He also wrote in the book that he chewed slippery elm bark to build up his saliva, and eventually stopped throwing the pitch in 1968 after MLB ruled pitchers could no longer touch their fingers to their mouths before touching the baseball.

According to his book, he looked for other substances, like petroleum jelly, to doctor the baseball. He used various motions and routines to touch different parts of his jersey and body to get hitters thinking he was applying a foreign substance.

Perry was ejected from a game just once for doctoring a baseball — when he was with Seattle in August 1982. In his final season with Kansas City, Perry and teammate Leon Roberts tried to hide George Brett’s infamous pine-tar bat in the clubhouse but was stopped by a guard. Perry was ejected for his role in that game, too.

After his career, Perry founded the baseball program at Limestone College in Gaffney and was its coach for the first three years.

Arctic Angels Keeping People Out of The Cold During Freezing Temps