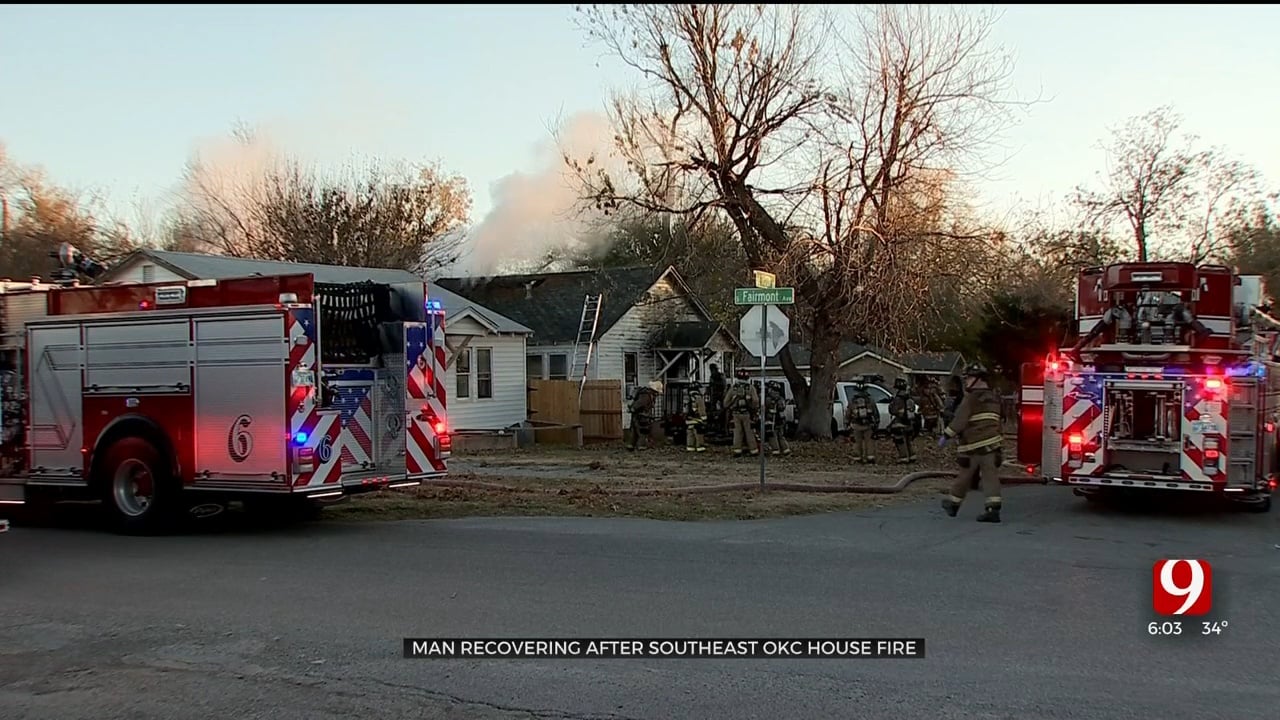 An Oklahoma City man is hospitalized after his home caught fire on Wednesday morning.

Firefighters said while the man was able to make it out alive, three of his dogs were killed.

Firefighters who arrived on scene found the man in his yard as his house burned.

"It was just a single-story home but there was a lot of fire in the rear of the structure," said OCFD Battalion Chief Benny Fulkerson. “There was already a powerline down in the backyard. Another hazard for our firefighters to have to contend with."

The fire started in the back of the home but quickly spread to the attic.

"He was walking around, talking to us and was even talking about going to the hospital on his own."

While the homeowner suffered some minor burns, EMTs were more concerned about smoke inhalation.

"Knowing that he did sustain smoke inhalation they administered what we call a Cyanokit. It's an intravenous therapy that counters the effects of cyanide poisoning," Fulkerson said.

The homeowner was taken to a local hospital by ambulance.

"We believed it was nonlife threatening injuries at the time. We have since found out though that his condition has deteriorated. When you look at smoke inhalation that's typically what kills people in fires before burns do," said Fulkerson.

The man is still in the hospital. There has not been an update on his condition.

OCFD is investigating how the fire was started but believes it was accidental.