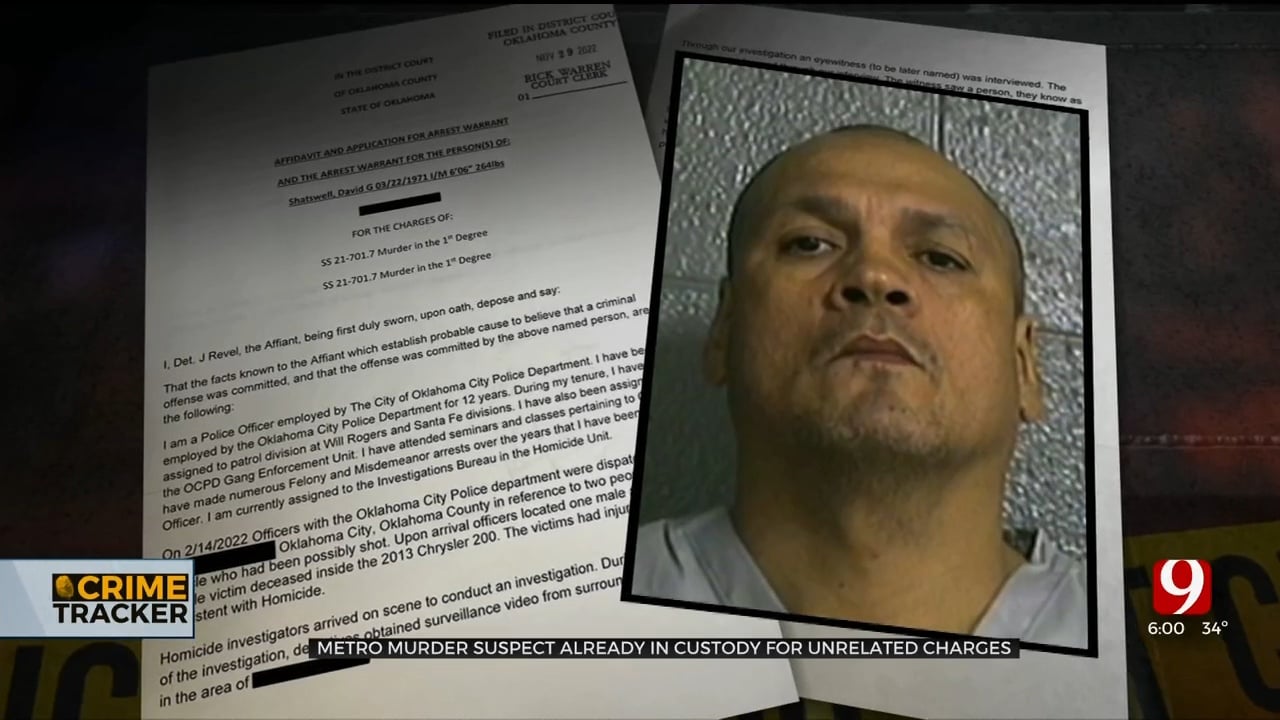 Investigators recently identified 51-year-old David Shatswell as the alleged killer. Police did not have to search long for Shatswell. They said he has a lengthy criminal history and has been locked up in the Oklahoma Department of Corrections custody since September for a firearms conviction. Shatswell faces two charges of first-degree murder.

A plea for answers on News 9 nine months ago from the brother of 30-year-old Kayla Yates, one of the shooting victims.

“Anybody who might know anything please come forward,” said Nic Hamilton, victim’s brother. “Tell us, help us something.”

Now a breakthrough in the double murder case of 40-year-old Raymond Paddyaker and Yates.

Police were called to the area of NW 10th Street and Portland Avenue on Valentine's Day. Officers detained several people for questioning, but no one was arrested. Months later an eyewitness came forward.

According to an arrest warrant, an unnamed witness told investigators that Shatswell, also known as "Honka,” shot several times into the driver's side window of the victims' car. The witness said the victims did nothing wrong to Shatswell and did not know the motive behind the brutal killings.

Shatswell allegedly told witnesses he would kill them if they talked to police. Investigators also tied the suspect to the scene through surveillance video from businesses on NW 10th Street.

Police did not indicate the relationship between Shatswell and the victims or if they even knew each other.