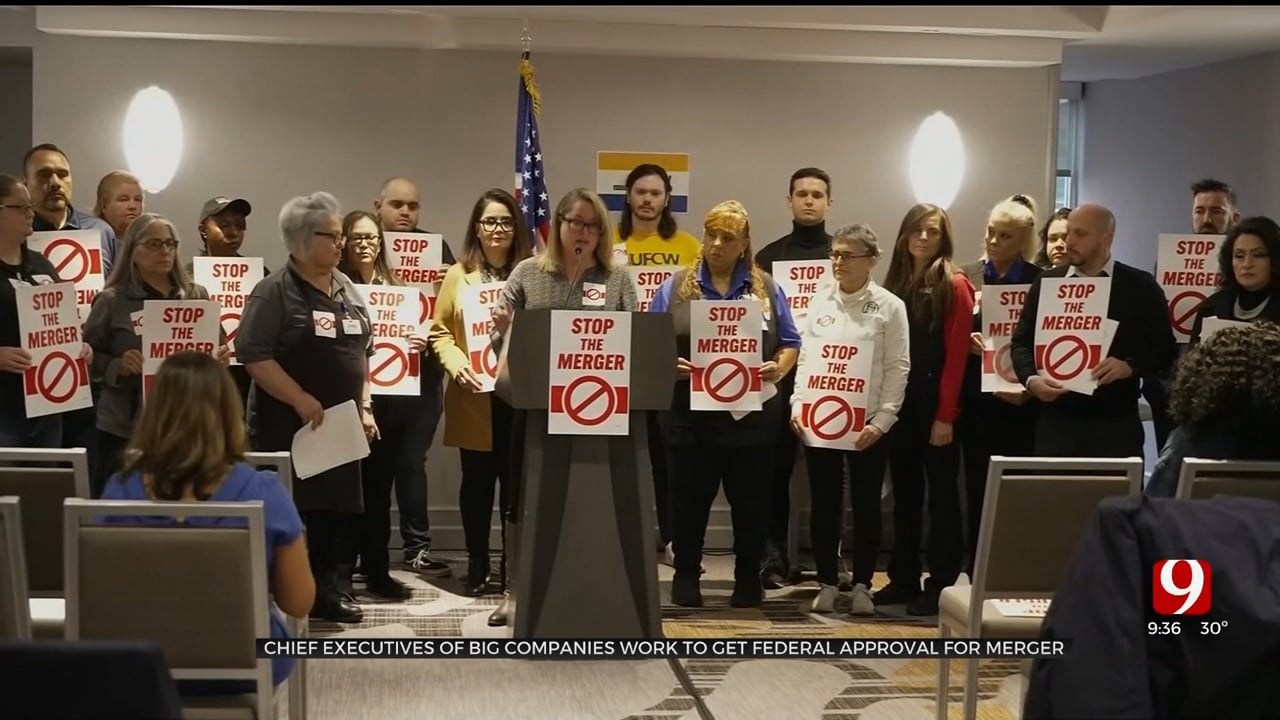 Two of the country's largest grocery chains testified on Tuesday on Capitol Hill about a nearly $25 billion deal.

CEOs for Albertsons and Kroger said the proposed merger would benefit employees and consumers of its more than 27-hundred stores.

However, United Food and Commercial Workers, the union representing more than a million grocery workers, disagrees.

"This merger is a threat to consumers because it will reduce competition and increase prices," UFCW president Faye Gunther said.

If allowed, the merger would take effect in 2024, creating the nation's second largest food and retail business behind Walmart.

Neither Albertsons nor Kroger have any brick and mortar stores in Oklahoma.