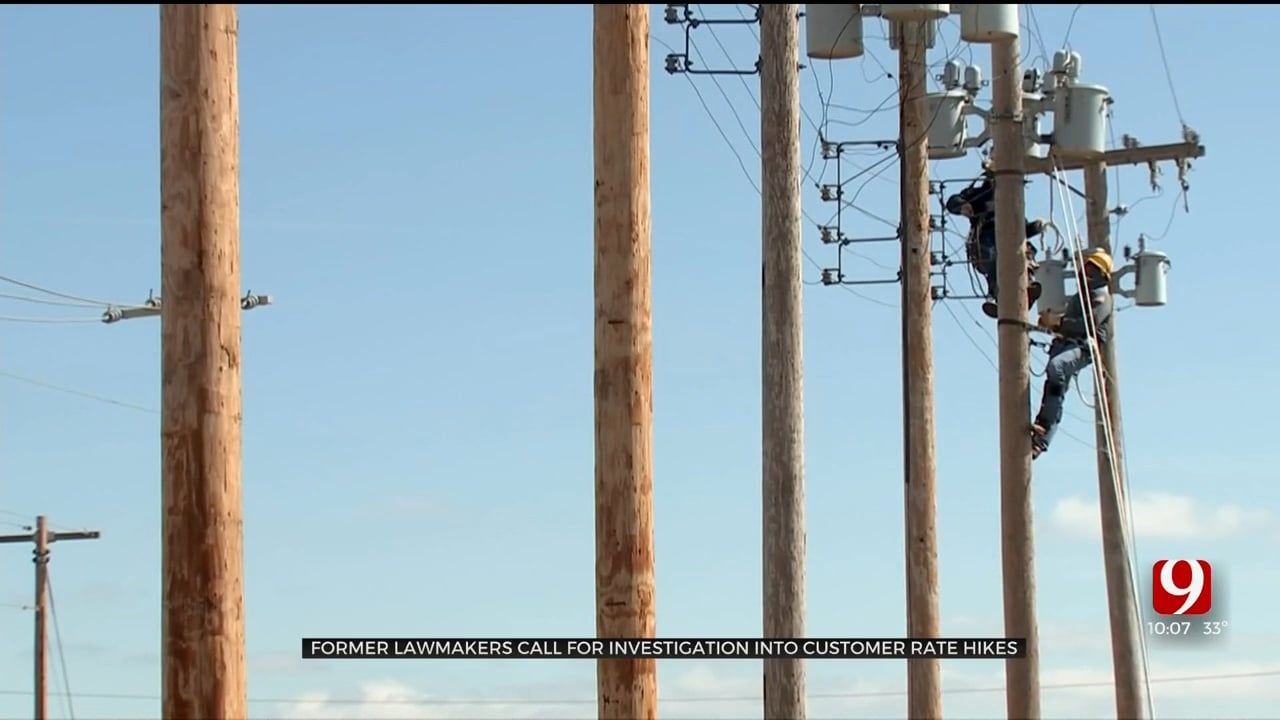 Three former Republican state representatives asked the legislative leaders to investigate the Oklahoma Corporation Commission and what they called “deliberate misinformation” regarding plans to recoup billions in energy costs from winter storm Uri in February 2021.

Former representatives Mike Reynolds, Porter Davis and Mike Ritze wrote to the leaders of the state Senate, House of Representatives and the governor’s office on Monday to request an investigation.

“This still appears to be what may likely be the largest public corruption scandal in state history,” Reynolds told News 9.

The securitization plan allowed utility companies, including OG&E, ONG and PSO to pay off more than $4.5 billion in fuel costs during the 2021 winter storm over the next several decades in the form of monthly fees to customers.

The ratepayer-backed bonds should have never been approved, Reynolds said. “Just the publicly traded companies got the securitization to pass along the cost to the ratepayers. Those should have been passed along to their stockholders.”

Spokespeople for the Senate president and the governor’s office declined to comment on the former lawmakers’ request. The office of the Speaker of the House did not respond to a request for comment.

Corporation Commissioners Todd Hiett and Dana Murphy said in separate statements that allowing utilities to spread the cost over customers’ bills for 20 years or more allowed for the most modest increase to monthly bills.

The Commission’s decision to allow utilities to use securitization to recover – at no profit – the fuel costs from Winter Storm URI was the result of a long legal public process, with all suggestions for alternatives welcome. There were none offered that provided as low a monthly payment for the customer as securitization.

Commissioner Bob Anthony neglected to attend most of the hearings and offered no viable alternative solutions to help the consumers he purports to protect. Criticism, accusations and misinformation are all he has offered. Oklahomans should certainly expect more from a commissioner serving in his 34th year.

I welcome any investigation into the Commission’s handling of securitization.

Securitization of the record fuel costs from the February 2021 winter storm URI meant the lowest possible monthly payments for ratepayers. There was no other option offered that didn’t result in higher monthly costs.

Securitization was done only after all options were thoroughly explored in the effort to lessen the monthly impact on ratepayers. These costs were the result of natural gas sellers in an unregulated gas market drastically upping the price utilities had to pay for the fuel needed to keep lights on and furnaces lit for their customers during the storm.

The actual cost of securitization was higher than originally estimated in part because of a delay in getting the bonds to market due to frivolous and unsuccessful challenges by Mr. Reynolds in the Oklahoma Supreme Court. Even with the higher-than-expected cost, the monthly cost was still below any of the alternatives the Commission had to consider.

All Commission meetings on securitization, including the many hours of testimony and evidence presented in the cases, were held in public.