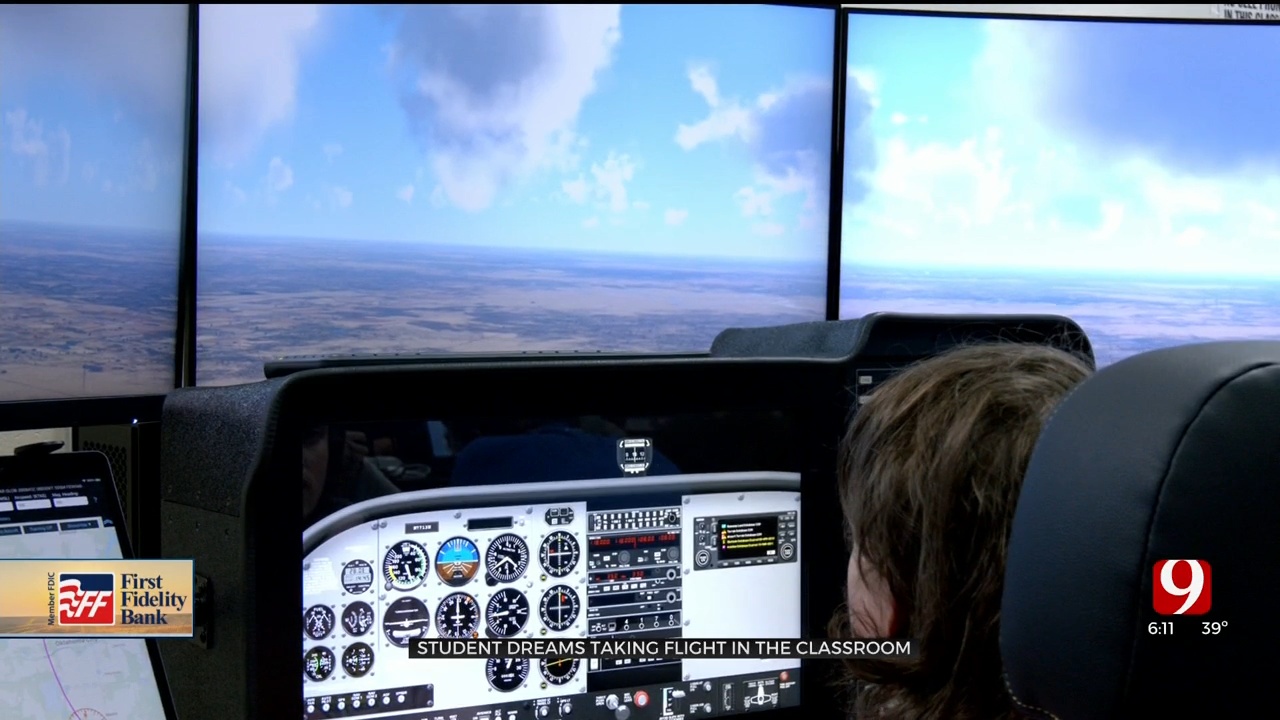 For students at Yukon High School, they won’t be only learning math and science, they’ll be learning to soar!

Mica Foster started teaching physics and college physics at Yukon high school last year, and when the school announced they were purchasing flight simulators she got very excited.

“I am a retired Navy helicopter pilot, and immediately after I retired, I also worked as an air ambulance pilot in the state of Oklahoma,” said Mica Foster, Yukon High School teacher.

“Honestly, it’s what kept me teaching. It’s fun to have things that excite the students and get us excited as well,” said Foster.

Initially the students did not have high expectations for the simulators.

“I just kept thinking about a Microsoft Flight Simulator, I didn’t think like an actual simulator. I kept thinking maybe something on a computer,” said Yukon student, Carson Outlaw.

“Honestly the hardest thing is managing the enthusiasm, and everybody wants to throw up their hands and give an answer and that’s a wonderful place to be as a teacher,” said Foster.

The flight simulator class has opened up a world of possibilities for students that had never considered aviation as a career.

“It’s a lot of fun. It feels like an actual airplane, even though I’ve never been in one,” said Yukon freshman student Derrick Lester.

Students can actually log up to 10 flight hours towards the pilot’s license in true surroundings.

“Right now, they are set up right over Oklahoma City, we can set these simulators up so they can fly anywhere in the United States, eventually even the world, but we want them to get a hang of the local area first,” said Foster.

“Whether or not they become pilots, that they just get excited to come to school,” said Foster.