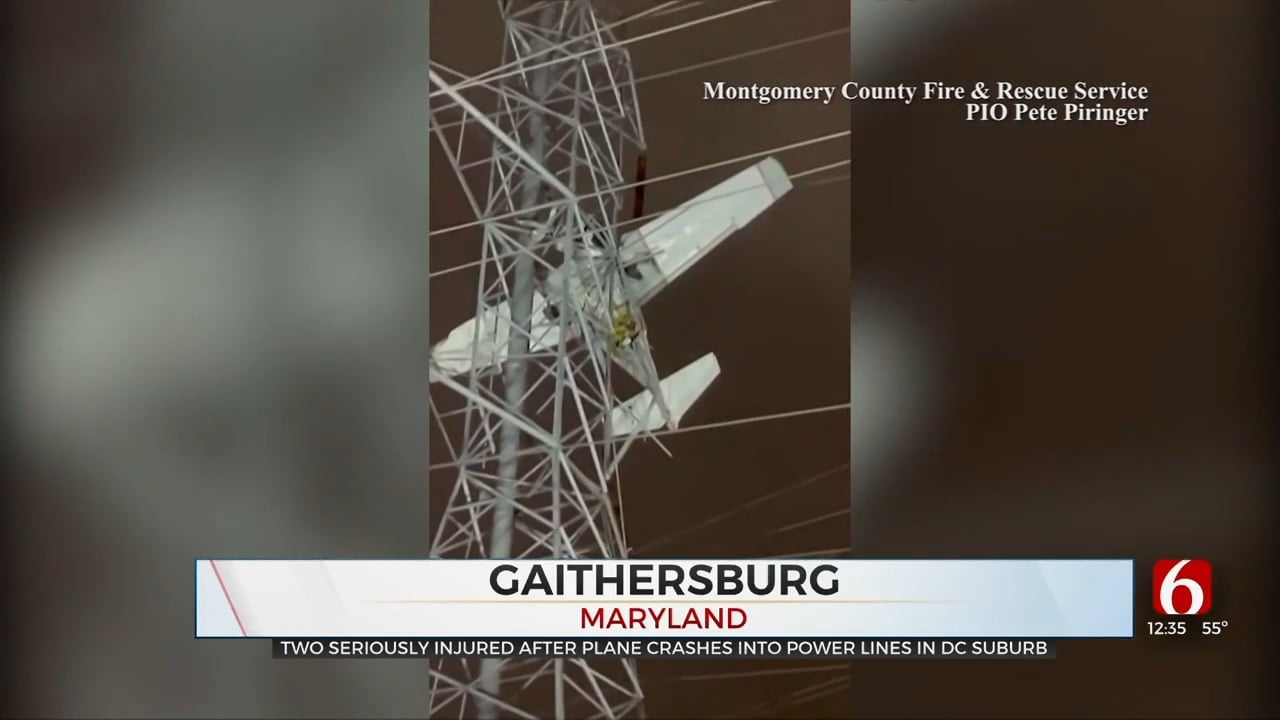 Two people have been rescued after a small plane crashed into a power line tower in Maryland, leaving the two occupants dangling about 100 feet in the air for hours. The crash knocked out power to thousands of people in the area for much of the evening. Maryland State Police identified the occupants of the plane as pilot Patrick Merkle, 65, of Washington, D.C., and passenger Jan Williams, 66, of Louisiana. The two were rescued roughly seven hours later, with Williams being brought down from the plane first, followed shortly after by Merkle.

Goldstein told reporters shortly after 9 p.m. that crews had been working to make the situation safe to carry out a rescue operation.

"While there is a large area of power outage in Montgomery County, there is no other way to determine if it is safe to access the tower until it is grounded or bonded which means crews have to go up to the wires to put clamps or cables onto the wires to ensure there is no static electricity, no residual power," Goldstein said.

He said officials were able to contact the occupants by cellphone, and had been checking in on them periodically.

The crash led to "widespread power outages" and road closures nearby, officials said. Regional power company Pepco said the crash had affected approximately 85,000 customers, but before 2 a.m. Eastern time the company said it had "restored electric service for all customers who were impacted."

"We are continuing to stabilize the energy infrastructure at the scene and are performing a full assessment of damage before beginning repairs," Pepco said in a tweet, thanking customers for their understanding.

Montgomery County Public Schools said earlier that all public schools in the county would be closed Monday due to the power outages, and there was no indication that the plan was reversed after electric service was restored.

The crash will be investigated by the FAA and National Transportation Safety Board, with the NTSB leading the investigation and providing additional updates, the FAA said in a statement.

Officials confirmed early Monday morning that the plane had been removed from the tower by crane operators.