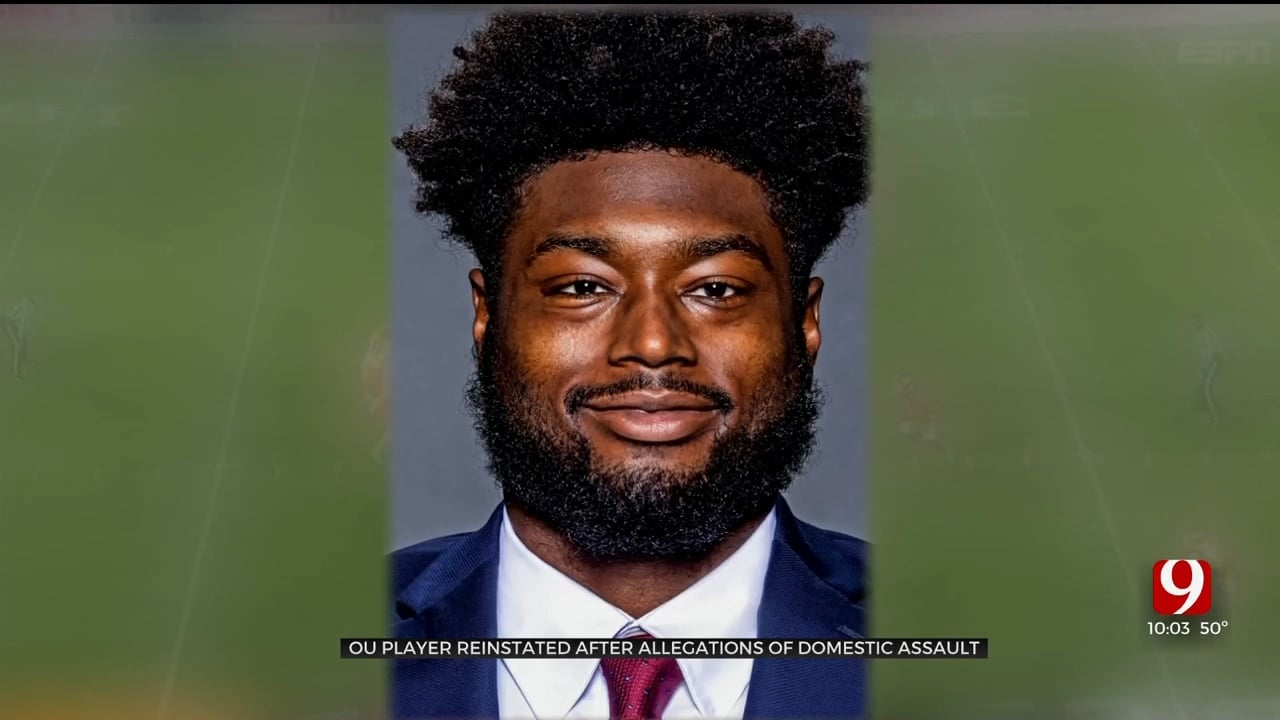 His live-in girlfriend filed the report on November 15, accusing Parker of assault and battery with a deadly weapon and stalking.

Court documents show the alleged stalking and abuse dates back to early October, beginning with an incident on, or around October 8.

Parker's girlfriend told police: “there has been numerous arguments where he has verbally abused me, yells in my face, screaming disrespectful things in my face.”

The 21-year-old told police Parker tried to kick her out of their Norman apartment multiple times, including November 13. She said she was packing her bags to leave their shared apartment when he allegedly ran towards her “very aggressively and started punching on her.” and she “felt about 6 punches” to her “right and left thigh area.”

The court documents also say that the alleged victim "had a bad feeling that something was going to happen" so she called Parker's mother, who allegedly heard the altercation over the phone.

She goes on to say she heard him “cock the gun back.” when she tried to leave. She said he came out of the room with the gun at his side and told her to get out again.

The protective order was dismissed when she failed to show up in court Tuesday.

Parker is back on the roster today, after the 24-year-old senior was not dressed out and didn’t go through Senior ceremonies at Saturday’s Bedlam game. OU athletics tells us he had been suspended from the team indefinitely.

In a statement Wednesday, OU Athletics said, "We have been informed that following a complete investigation by authorities and legal proceedings, all matters related to the investigation have been declined and dismissed. Daniel Parker has been reinstated for team activities.”

The Sooners' last game is this Saturday but Parker will not be traveling with the team to Lubbock.