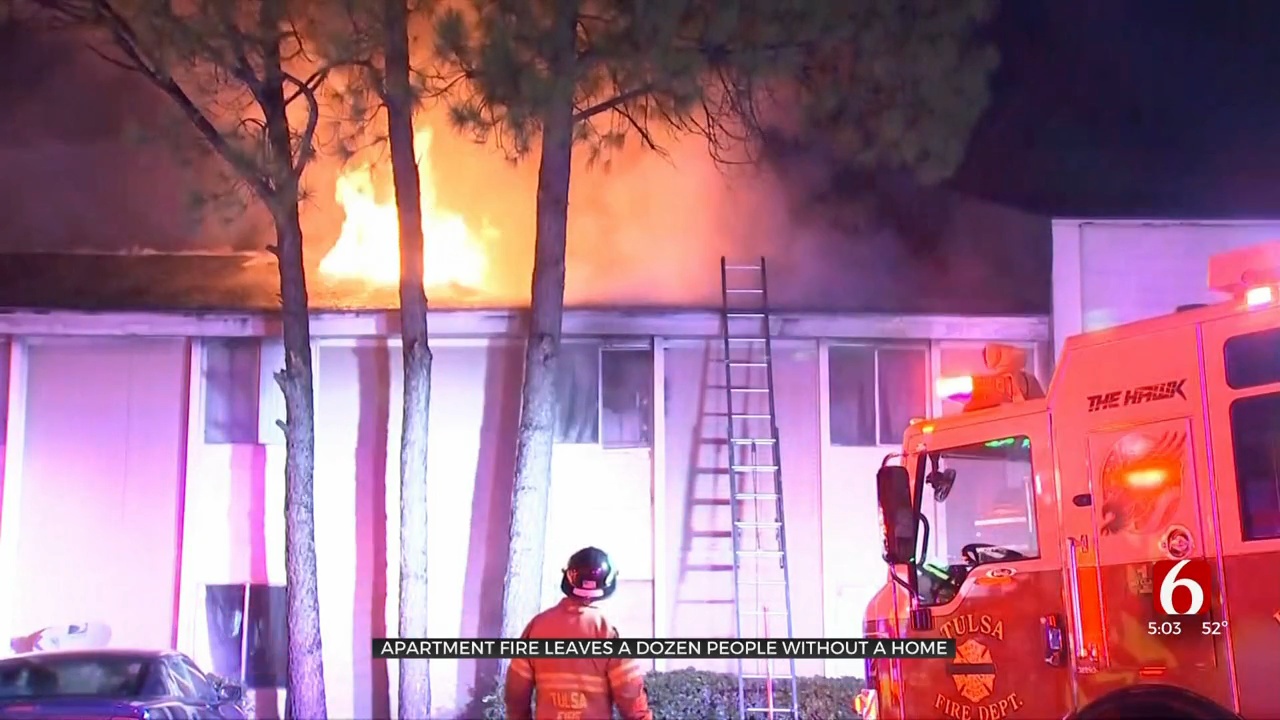 A dozen people are without a home, and a firefighter is injured following a fire at the Melrose Apartment Complex near 11th and Sheridan.

“We've worked hard for everything we had in that apartment,” Gregory said.

When the Tulsa Fire Department arrived, they saw smoke and flames coming from the roof.

"They knew they had a fire that had started going through the attic and going from end to end of the building,” Lieutenant Tim Ingram said.

All of the residents escaped, but one firefighter was injured.

"We had one firefighter come away with a minor injury, but he will be OK,” Ingram said.

People who work at the complex are clearing debris and residents' belongings that were ruined.

Although Gregory is devastated by the loss, he's grateful his family is OK.

"All that matters is my babies are alive, we're alive,” Gregory said. “I mean, it sucks, but it's just materialistic things."